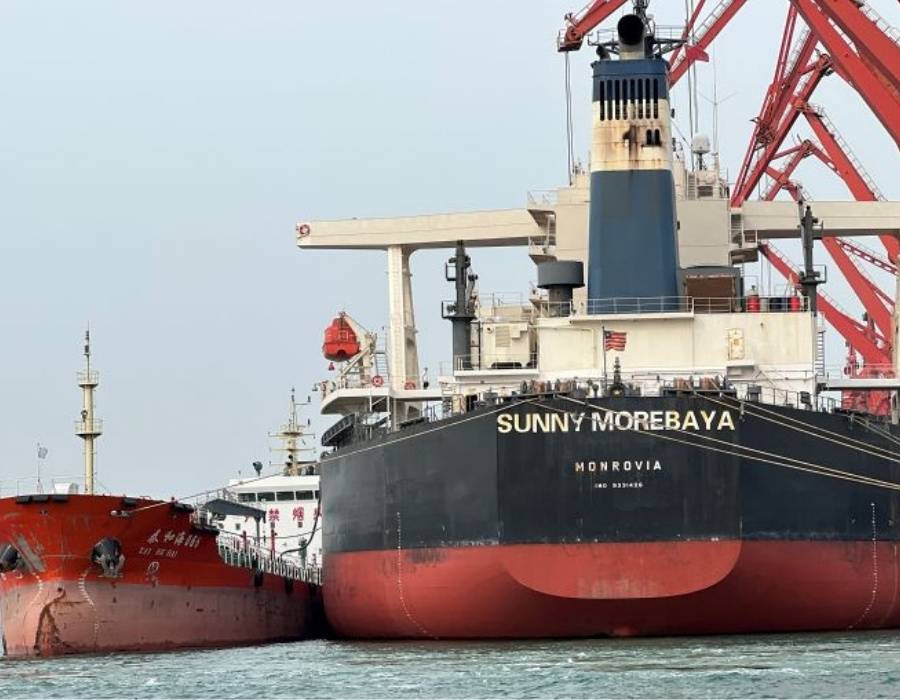 The following article published by Manifold Times on 22 June was sourced from China’s domestic market through a local correspondent. An online translation service was used in the production of the current editorial piece:

Huangdao Customs has recorded bonded bunker sales at Qingdao port totalling 1.11 million metric tonnes (mt), an increase of 23.6% year-on-year, since the beginning of this year, according to Qingdao Customs District P.R. China.

The statement published in early June said the improved performance was contributed by several factors including the implementation of the “supply to ships first and then customs declaration later” and “multiple supply from one ship” policies.

With these policies in place, a single bunkering vessel can supply bunker fuel to multiple ships within one voyage.

“Now, the convenience and low cost of the bonded ship fuel supply business in Qingdao is becoming more recognised. It has become one of the preferred bunkering ports for domestic and foreign shipowners,” said Li Jian, manager of the ship supply business department of Sinopec Fuel Oil Shandong Co., Ltd.

“Since the beginning of this year, the volume of bonded fuel oil supply ship business has increased by 43% year-on-year,” he notes.

Huangdao Customs also supports the development of cross-customs direct supply business model that has been known as the “direct supply across customs areas”, a change from the traditional “customs transit supply” model.

This model allows bunker fuel oil to be directly supplied to ships docked at ports in nearby port customs areas after leaving the bonded warehouse in its jurisdiction, improving bunker fuel supply efficiency and reducing cost of supply.

Manifold Times previously reported Zhejiang Free Trade Zone implementing a series of innovative models to boost its position to build an international maritime service base including “multiple supply from one ship”, “direct supply across customs areas” and “first supply and then reporting”.

GARD: The challenges of CII compliance – Cooperation is key

‘CII regulation is likely to alter the traditional division of responsibilities between owners and time charterers, and may significantly change the way vessels are operated,’ states spokesman.

‘This is a great start to our new financial year and a big encouragement to further improve our services and operations,’ says Sonnich Thomsen, MD, Bunkers.

Meetings will be held electronically on 14 December at 10.00 am for creditors to hear any explanation given by liquidators, according to Government Gazette notices.