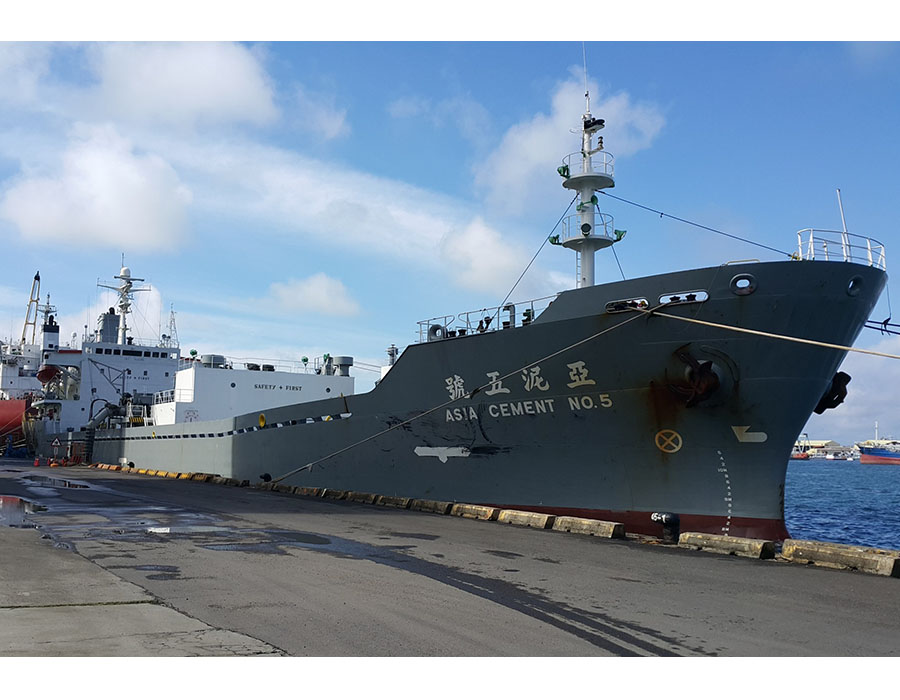 Taiwan-listed Asia Cement Corporation on Thursday (20 May) said its cement carriers will be carrying out cold ironing operations while at berth, using electricity provided by Taipower.

This will reduce the consumption of bunker fuel for its four cement carriers; saving over 1,474 metric tonnes (mt) of fuel per year and effectively reducing 5,329 mt of CO2 emissions – the very first move for the cement industry in Taiwan.

In the past, the company’s cement carriers have mainly used fuel oil to generate electricity for the various needs on board, which resulted in noise and air pollution.

In order to reduce the impact on the sea, the ecology and the environment, Asia Cement Corporation completed the two-phase shore power project in the ports of Kaohsiung, Taichung, Keelung and Hualien and on the four cement carriers, with a total investment of NT$37.39 million (USD 1.34 million).

According to Asia Cement Corporation, the full shore power project is not only in line with the government’s concept of promoting green harbours, but is also in line with the global trend of port transformation.

The design, supervision and commissioning were all developed in-house, without any need to seek help from overseas manufacturers.

Asia Cement Corporation also explained that its shore power engineering system has been proven to not only reduce air pollution emissions such as carbon dioxide, sulphides and nitrogen oxides, but also significantly improve the unloading efficiency of cement carriers, reducing the unloading time by 50%.

In addition, the complete shutdown of the generators will reduce the wear and tear on the equipment, extend its service life, and optimise manpower resources by redirecting the saved operational manpower to other maintenance tasks.

Port of Marseilles constructing shore power facilities at the port with operations to start from 2019.

Analysis: Only 35% of major shipping companies expressed to be net zero by 2050

Only 33 out of 94 major shipping companies have a clearly expressed emissions target to be net zero by 2050, says Mærsk Mc-Kinney Møller Center for Zero Carbon Shipping.