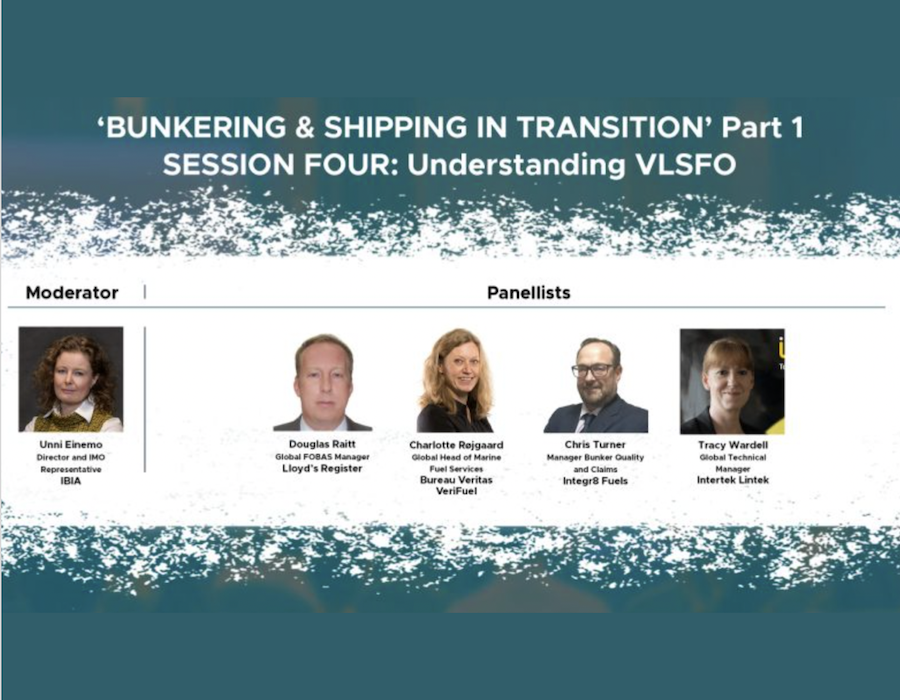 Chris Turner, Manager, Bunker Quality and Claims at Integr8 Fuels highlighted the importance of looking back at fundamentals; namely the contractual paperwork and the charterparty when considering the issue.

He cites in many instances the charterparty could have simply specified the latest ISO 8217 edition available.Meaning ultimately, more stringent requests for ISO 8217:2017 will result in its higher uptake in the market.

Douglas Raitt, Global FOBAS Manager, Lloyd’s Register described the situation to be “a complete mystery” as it is in the bunker suppliers’ interests to offer ISO 8217:2017.

This is due to the presence of a clause in ISO 8217:2017 that recognises the complexity of the bunkering supply chain, thus allowing for trace amounts of non-hydrocarbon products in the fuel – something that does not exist in earlier ISO standards of bunker fuels.

However, Raitt also pointed it is also this clause which deters shipowners from favouring the 2017 edition – rendering the situation to be a bit of a Catch-22.

“All I do know is currently only about 15% of the market is on the 2017 edition, which is frighteningly low in my view because the standard has been in play for four years now,” he states.

Charlotte Røjgaard, Global Head of Marine Fuel Services, Bureau Veritas Verifuel shared: “I do know there has been some scaremongering around the newest spec that it is not good enough and it doesn’t offer enough protection.”

“That could also be an explanation why some would not go for it. But yes, it’s a bit of a mystery.”

COSCO SHIPPING Specialized Carriers to receive the five multi-purpose pulp carriers in 2019 and 2020.

Lighthouse Winmore and P-Pioneer, earlier involved in STS activities, have been released.