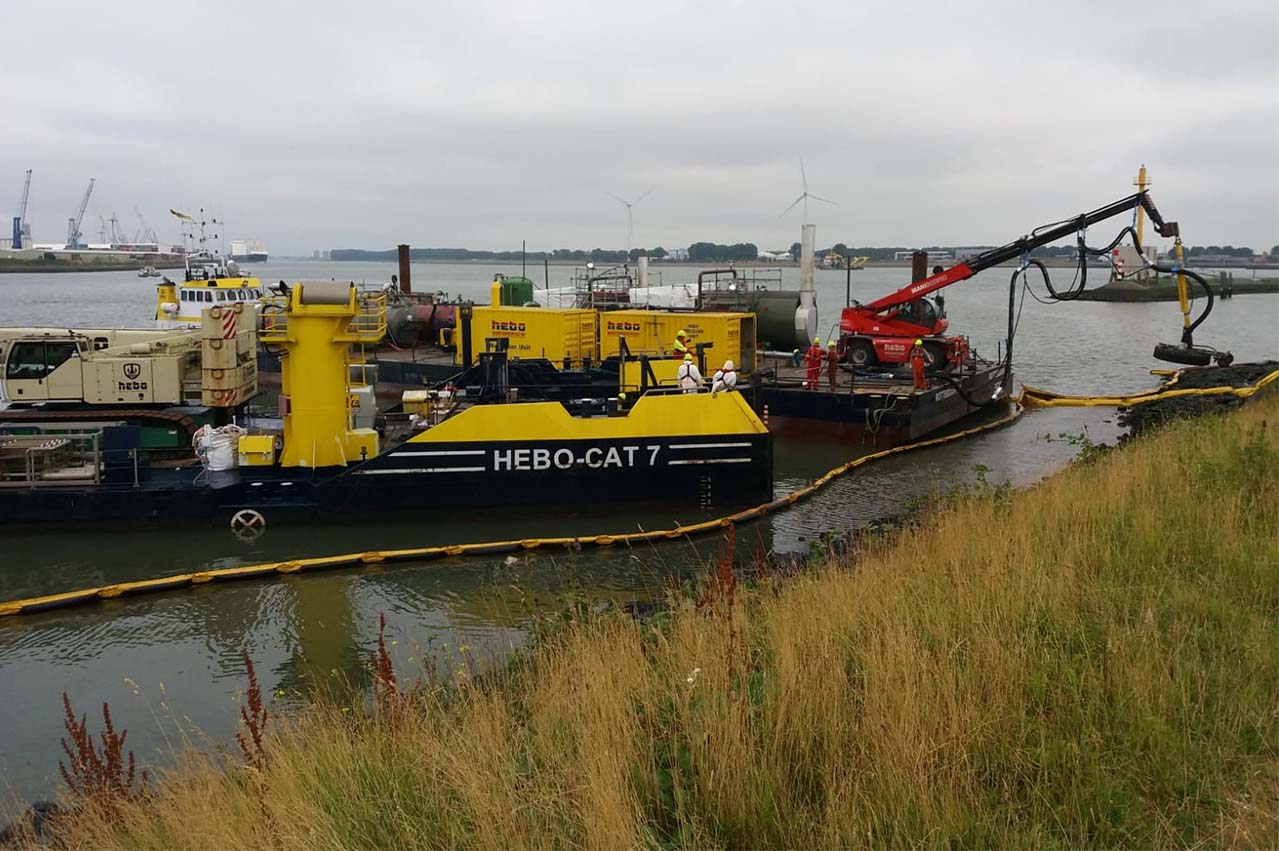 The Port of Rotterdam Authority is seeking to recover an estimated EUR 80 million from Odfjell, the owner of Bow Jubail, which spilled bunkers in the facility in late June, it says.

“We will do everything in our power to recover these damages. Society here cannot be left to pay for this,” said Port Authority COO Ronald Paul.

The port is further planning to replace a section of the slopes stretching over more than 9 kilometres that have been contaminated by the Bow Jubail oil spill.

“With respect to the slopes, the slope elements are often soiled not only along the top, but also on the sides and bottom of the stone,” it says.

“In addition, the filter layer (rubble layer on which the stone is placed) is also contaminated.

“Cleaning the slope is done by means of a combination of high-pressure spraying and flushing with hot (90°) water. This method turned out to be extremely effective in previous clean-up operations.

“The reasons that this method will not achieve the envisaged solution under these circumstances are the oil type – heavy fuel oil – and the fact that the oil was spilled more than a month ago, with the result that much of the volatile components have evaporated.

“Along certain sections of the slopes, replacing the slopes is cheaper than cleaning.”

The entire clean-up operation is estimated to last until the middle of next year.

The Port of Rotterdam Authority in July submitted a lawsuit against National Chemical Carriers at the U.S. District Court for Eastern District of Louisiana due to the bunker spill.