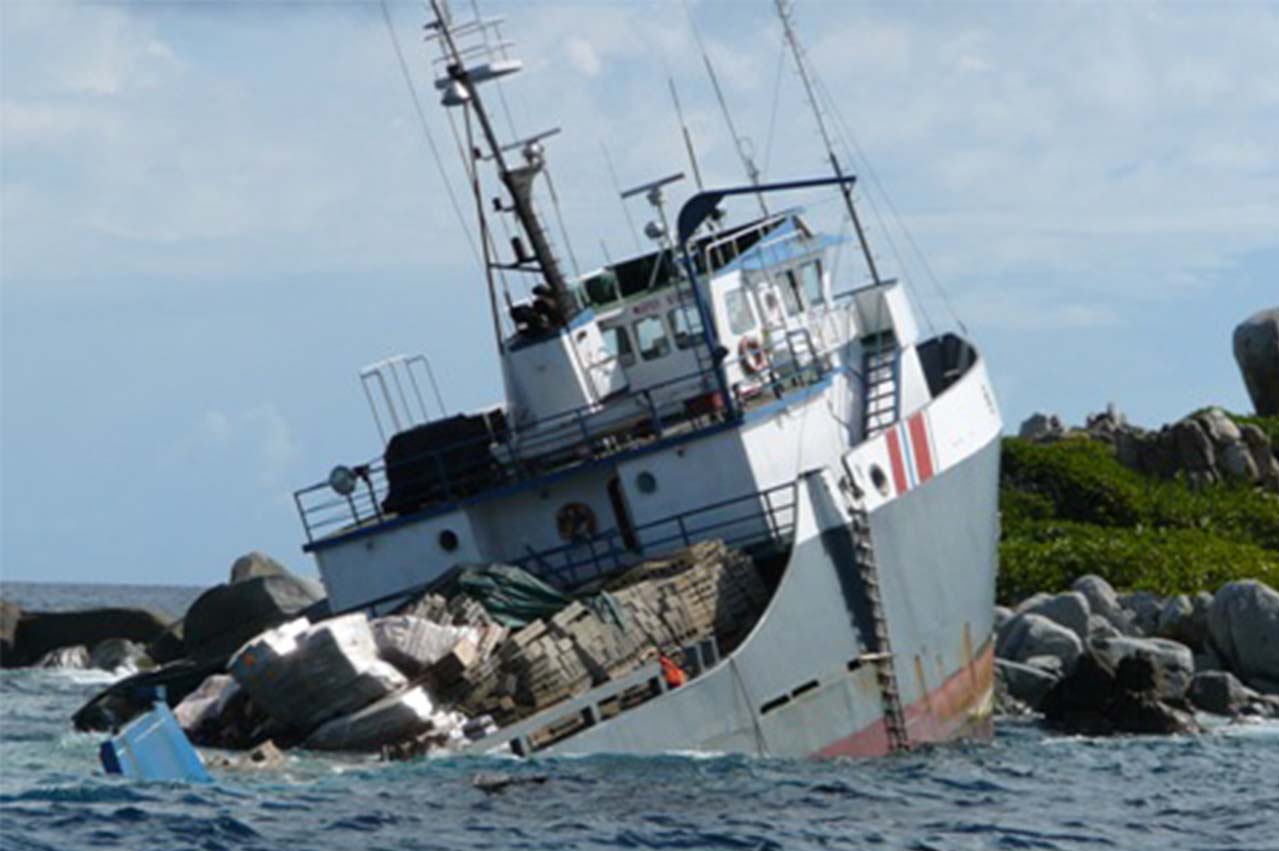 The High Court of Justice granted judgment in favour of the Government on June 4, 2018; the claim for compensation was filed in court by the Attorney General’s Chambers in October 2012 seeking full compensation for cleanup costs.

The bunker spill occurred after the Caribbean Transport Ltd. owned MV Vagabond crashed onto a pile of rocks while en route to Anguilla in 2006. The impact caused significant damage to the vessel, with the captain and crew having to be rescued.

“This required a national response under the direction of the Royal Virgin Islands Police Force and subsequently the activation of the National Emergency Operations Centre,” said Director of the Department of Disaster Management Ms. Sharleen DaBreo, MBE.

“The operations went on for days and involved a number of local and international agencies including those from the United States Government.

“The Attorney General’s Chambers worked extremely hard to prepare a solid case for presentation to the High Court judge and they were successful in their delivery.”

The incident has resulted in the government increasing the level of awareness about oil pollution at the British Virgin Islands.

“We have seen the success of the public awareness and education campaigns as the number of spills have decreased significantly,” notes DaBreo.

“We continue to inform and educate the public about the effects that can be caused by oil spill on land and at sea.  We offer training to build response capacity among our responders and enforcement agencies.”

Moving forward, the Ministry of Communication and Works has developed a draft Oil Spill Prevention and Pollution Bill that is expected to be finalised and taken to the House of Assembly for approval.

‘The ship is resting in the bottom of the seabed now. There is no more towing. We have stopped trying to tow it out of the Sri Lankan waters,’ says Navy spokesman.

Proposed mandatory measures based on EEXI and CII expected to be adopted when the MEPC meets for its 76th session from 10-17 June, 2021.