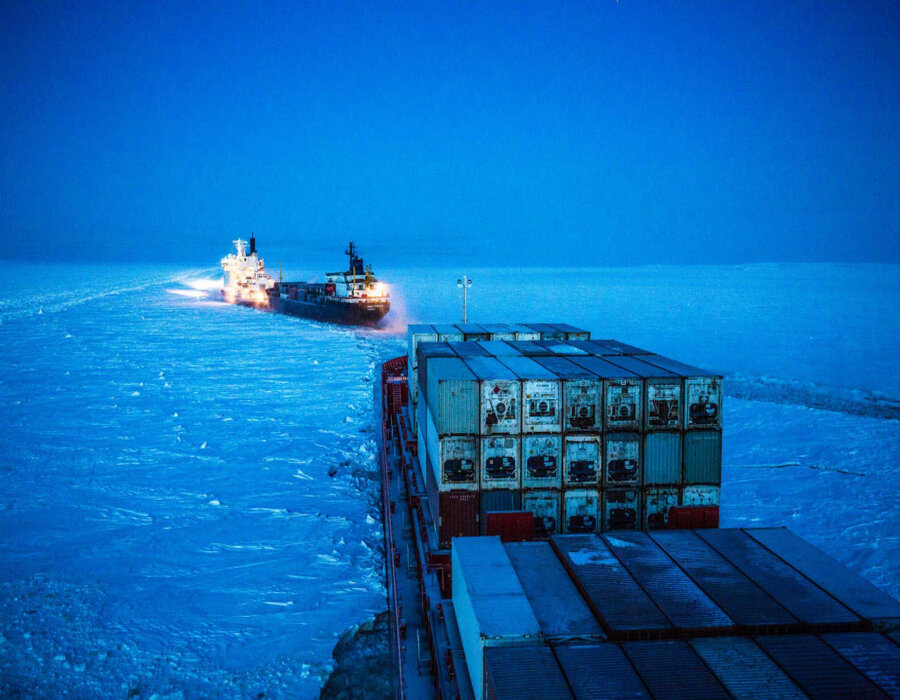 The agreement was signed at the Eastern Economic Forum.

Nornickel, Industrial company in the Russian Arctic, has unique expertise in operating the Northern Sea Route, a strategic transport artery of the global logistics system.

In 2020, the Nornickel fleet transported over 1.5 mt of cargo along the Northern Sea Route, which accounts for around 5% of the Route’s total cargo turnover.

The turnover of the Arctic ports of Dudinka and Murmansk is growing. Nornickel has been modernising and expanding infrastructure in port cities, as well as increasing and renewing its fleet to handle the increased cargo traffic.

The new LNG icebreaker will enable Nornickel to replace the Taimyr-type vessel that will be decommissioned in 2027–2029.

The agreement of intent with Rosatom and FESRC is aimed at building cooperation between Russian companies with the goal of solving national-scale problems, including the implementation of investment projects in the Russian Arctic, the Northern Sea Route infrastructure development and growing cargo turnover, as well as the launch of LNG icebreaker production in Russia.

“The icebreaker fleet is the flagship of large-scale modernisation of transport infrastructure in the Norilsk Industrial District. Nornickel is increasing the volume of traffic to efficiently implement strategic investment projects in the region,” commented Vladimir Potanin, Nornickel President.

“The new icebreaker will help the company to meet its ambitious goals, and the agreement will serve as an important step in building partnerships between leading Russian companies in the development of the Arctic.”

Ships worldwide to sound their horns when in port at 1200 hrs GMT to remind Governments of the ongoing crew-change issue.

Particular mention made of Stena Line's methanol initiative, and use of LNG marine fuel by Donso shipping companies.