An EU law intended to drive the uptake of clean fuels by ships will actually lock in the use of fossil fuels for decades, according to a leaked proposal, making the European Green Deal goal of decarbonisation by 2050 impossible, according to Transport & Environment (T&E).

T&E, which obtained the documents, said the European Commission could still fix the law by excluding liquified natural gas (LNG) and crop-based biofuels and providing incentives for green e-fuels like renewable hydrogen and ammonia.

More than half (55%) of the energy used by ships calling at EU ports could be LNG and biofuels by 2035, according to T&E’s analysis of the proposal’s ‘climate’ targets. This is despite LNG offering minimal emissions reductions and, when burned, releasing methane – a global warming gas up to 36 times more potent than CO2. Most biofuels are worse for the climate than the fuels they replace, and those that do offer emissions savings are not available at scale. 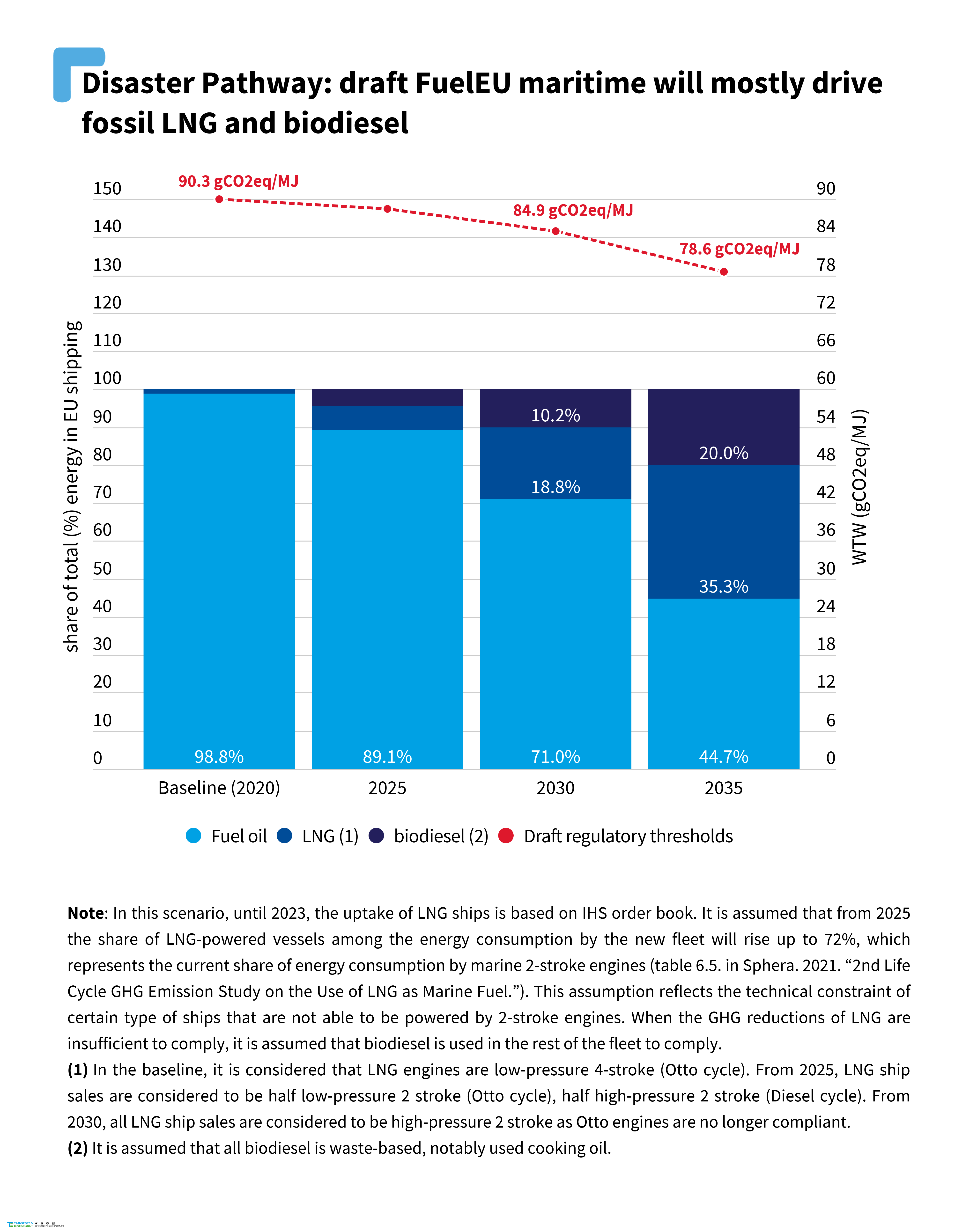 Faig Abbasov, shipping programme director at T&E, said: “This supposedly green fuels law would push the cheapest alternatives, which are also the most destructive. Counting fossil gas and biofuels as green will lock shipping into decades of further pollution while we should be promoting renewable hydrogen and ammonia. There’s still time to kick out fossil fuels and stop the European Green Deal turning shipping’s transition into an ecological disaster.”

Biofuels would provide one-fifth of the fuel of ships calling at EU ports in 2035, according to the analysis of the draft law. If all of it comes from used cooking oil (UCO), this would drive up demand by EU transport for UCO by an additional 5.1 Mt in 2030, further increasing the gap with what can be supplied sustainably to Europe. The EU’s own auditors have raised concerns about imports of UCO because of inadequate systems to stop virgin oils like palm, which drive deforestation, being passed off as used. 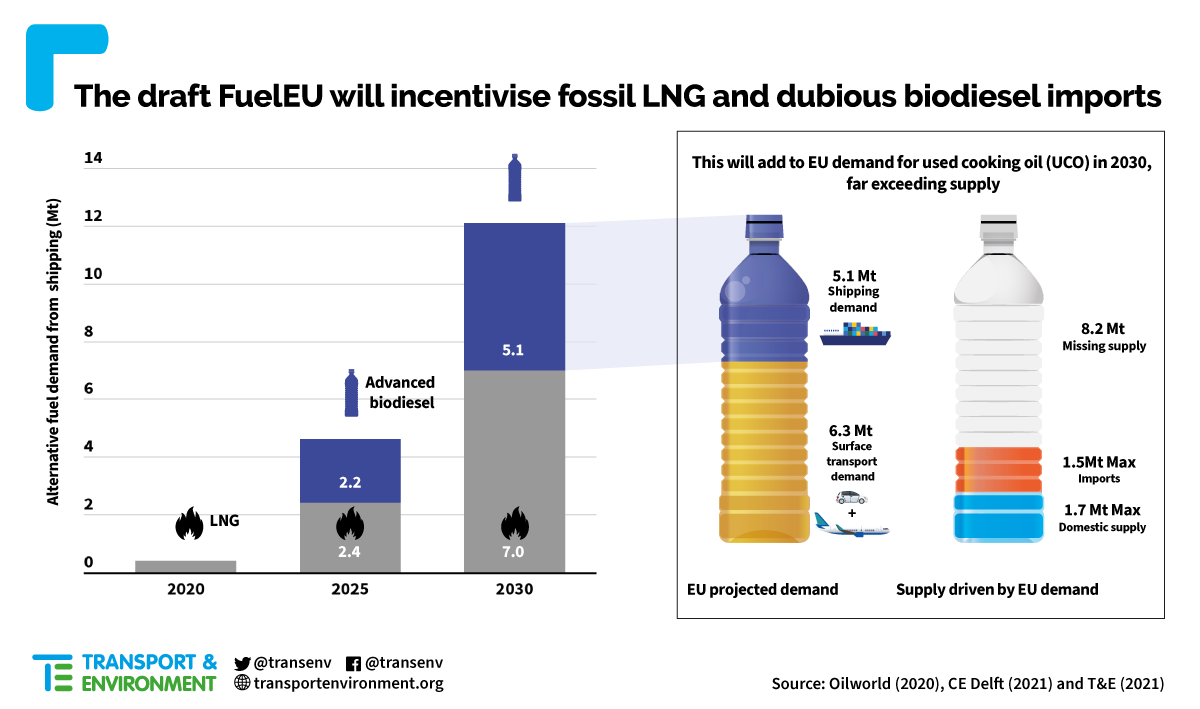 Faig Abbasov said: “It’s not too late to save the world’s first green shipping fuel mandate. The EU Commission should exclude LNG, crop biofuels and, at a minimum, apply the same sustainability criteria for waste biofuels as under the Renewable Energy Directive. There also needs to be incentives for the uptake of e-fuels, green hydrogen and ammonia, such as dedicated sub-targets or multipliers to boost their competitiveness.”