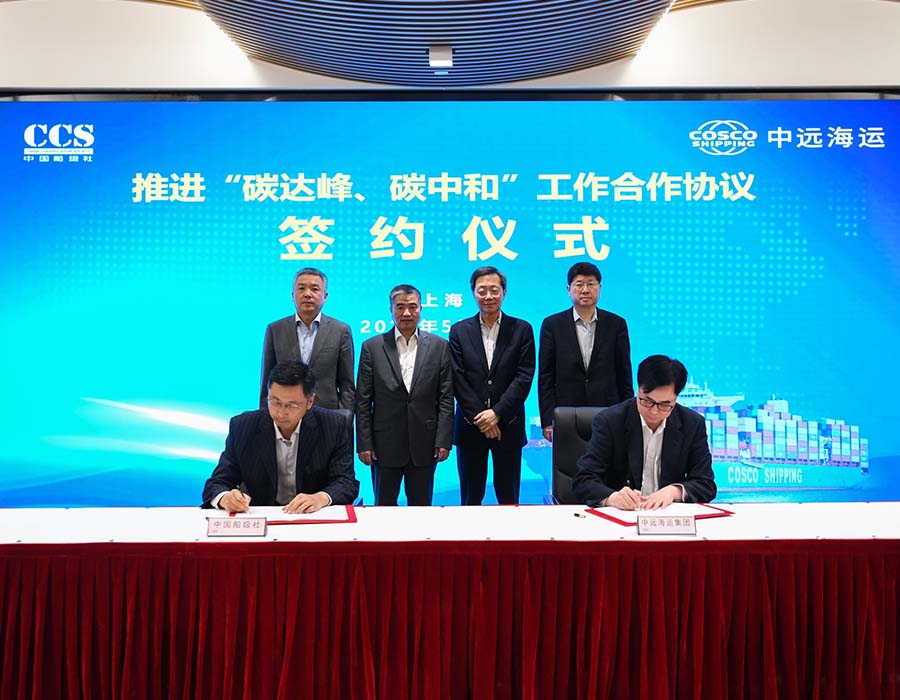 China Classification Society (CCS) and China COSCO Shipping Group Co. Ltd have signed a new agreement that will see both organisations work together to tackle the issue of greenhouse gas emissions in the maritime sector, said COSCO on Tuesday (22 June).

Under the terms of the agreement, CCS and COSCO Shipping Group will pool resources to support China’s efforts in the fight against climate change.

The signing of this agreement will further deepen the strategic cooperative relationship between CCS and China COSCO Shipping Group, creating new and important opportunities to help support the implementation of major national strategies and China’s goal of achieving the its carbon reduction target.

A partnership working approach will enhance research efforts into key core technologies to support decarbonisation and carbon neutrality in the shipping industry, as well as helping us to promote the development of relevant standards and regulations.

CCS is well placed to support technological advances and the adoption of clean energy resources by maritime and offshore sector firms, having increased investment in research and development linked to shipping decarbonisation over recent years, said COSCO.

Its work has led to the publication of numerous rules and guidelines covering areas such as the use of natural gas as fuel, LNG bunkering pontoons, the surveying of battery powered ships, the evaluation and inspection of marine rigid wing surface sails, and the inspection of air lubrication drag reduction systems on ships. 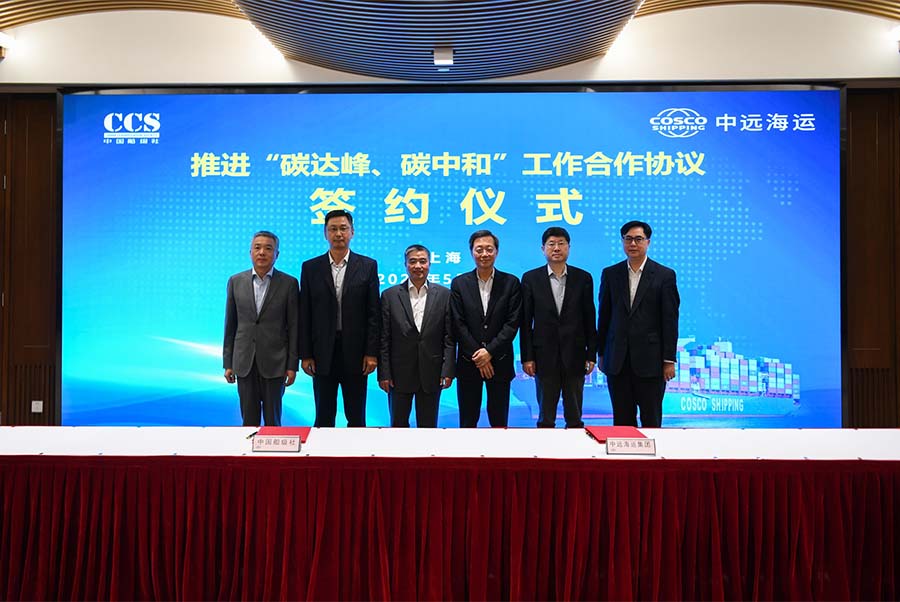