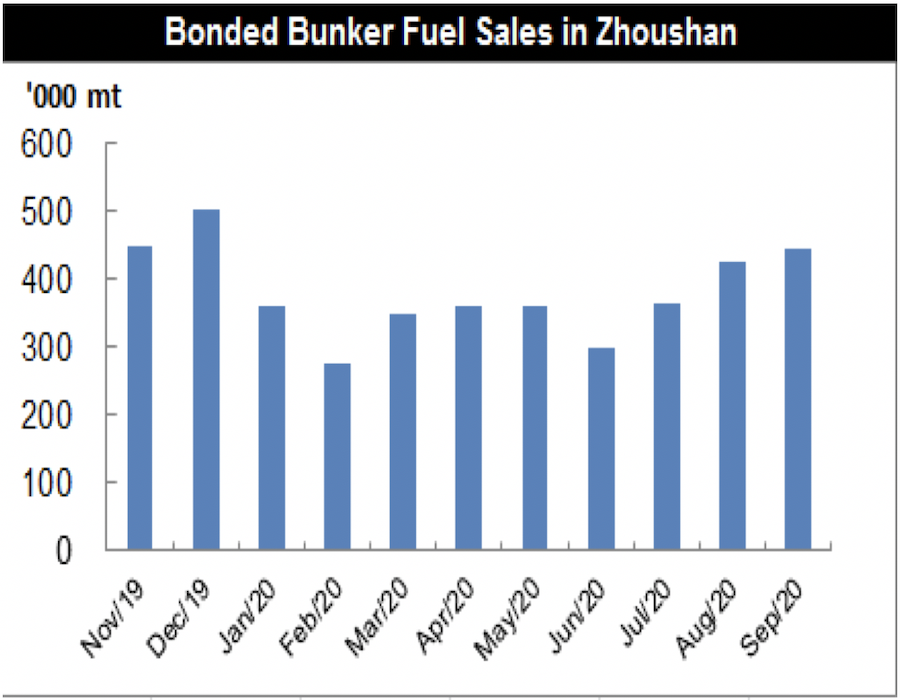 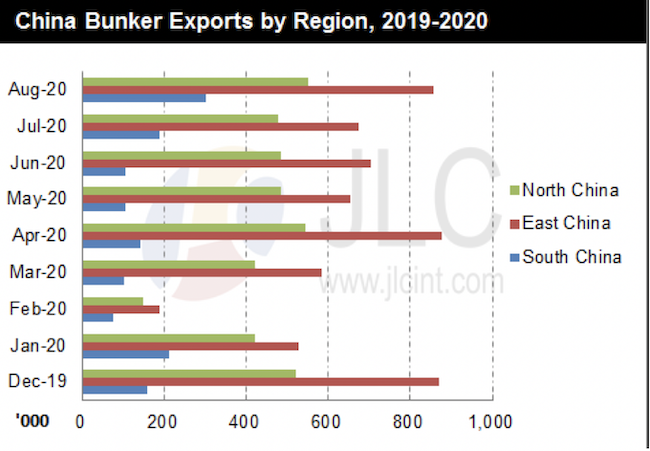 Domestic bunker fuel demand was stable to higher in September. Coastal shipping demand improved with a traditional peak demand season approaching and receding impacts of typhoon. However, the rise in demand was limited as the market did not improve as much as expected in the traditional peak demand season. End users’ consumption of domestic-trade heavy bunker fuel was about 290,000 mt in the month, up by 40,000 mt or 16% from the previous month. The demand for light bunker fuel was 10,000 mt in September, up by 5,000 mt from August due to flat demand as fishers were cautious about trading and made small purchases based on needs. Chinese blending producers supplied a total of around 340,000 mt of heavy bunker fuel in September, a dip of 10,000 mt or 2.86% month on month, JLC data showed. In September, tight low-sulfur residue oil supply was eased and downstream users were less reluctant to make pre-holiday restocking. But residue oil prices were under downward pressure with a lack of support from weak fundamentals. Although end-user demand edged up, blending producers lowered their prices to destock as they had a product overhang. The shipping market was tepid, despite a rise in freights ahead of the holiday and growing transport demand. Therefore, domestic blended bunker fuel supply dipped in September. Light bunker fuel supply was about 120,000 mt, slightly higher than August. End-user demand stabilized in the month amid falling crude prices. Supply did not change much as fishers were cautious about pre-holiday restocking amid bearish sentiments. 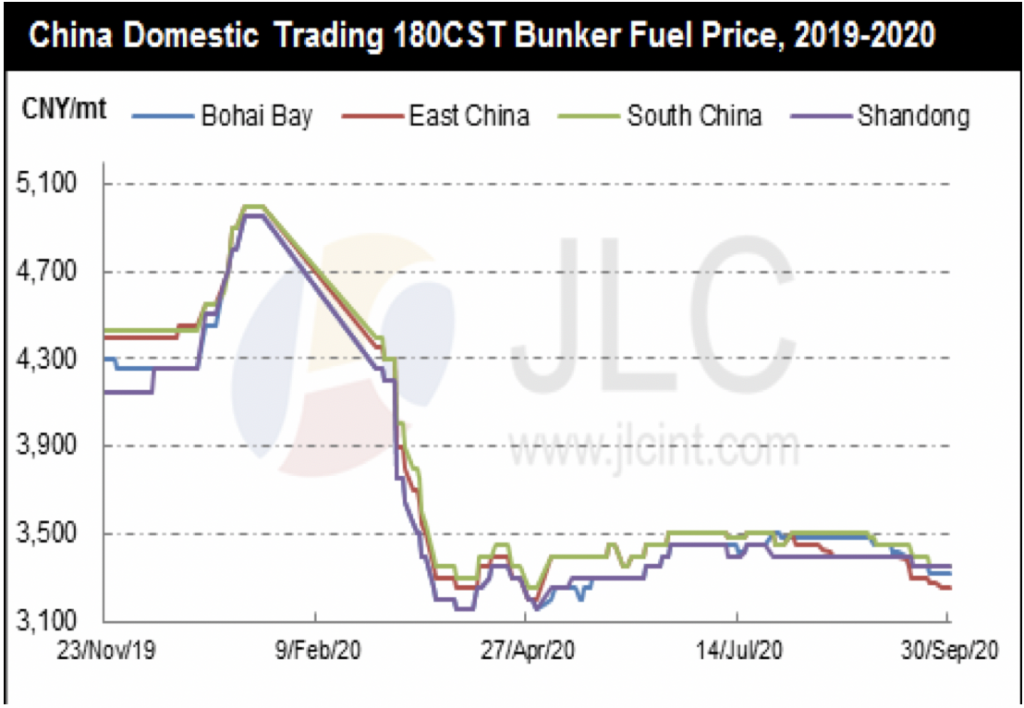 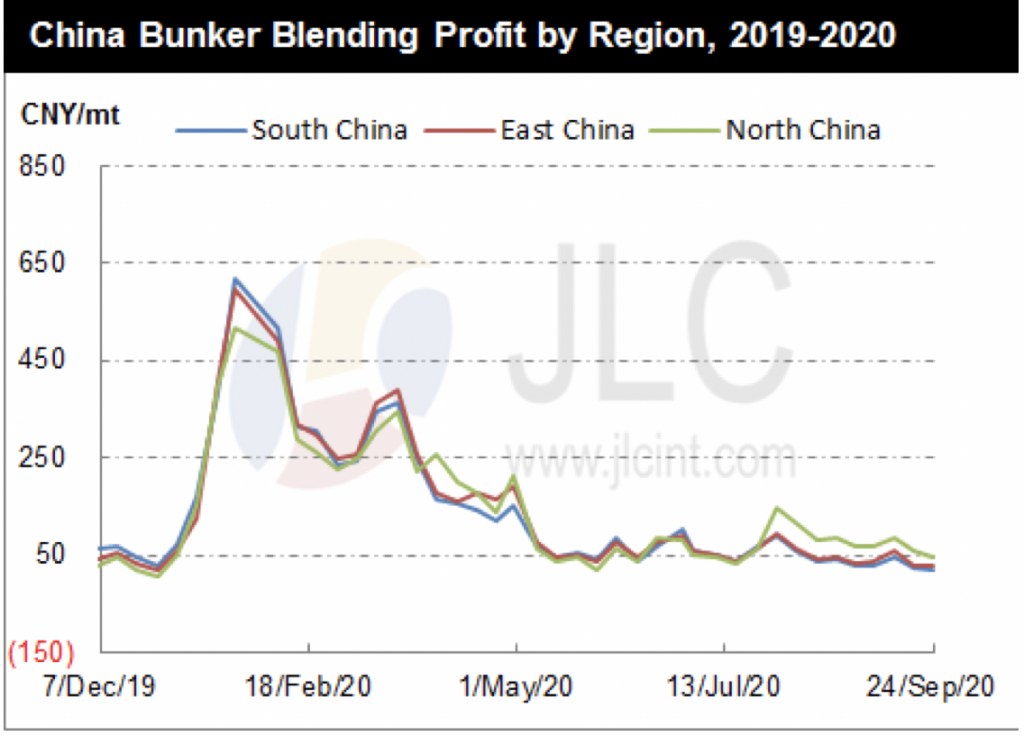 The Standing NATO Maritime Group Two visited Poti port in Georgia between May 14 to 17.

ACRA has made findings of ‘suspected breaches of the Companies Act’ after extensive financial review for the financial years of 2012 to 2016.