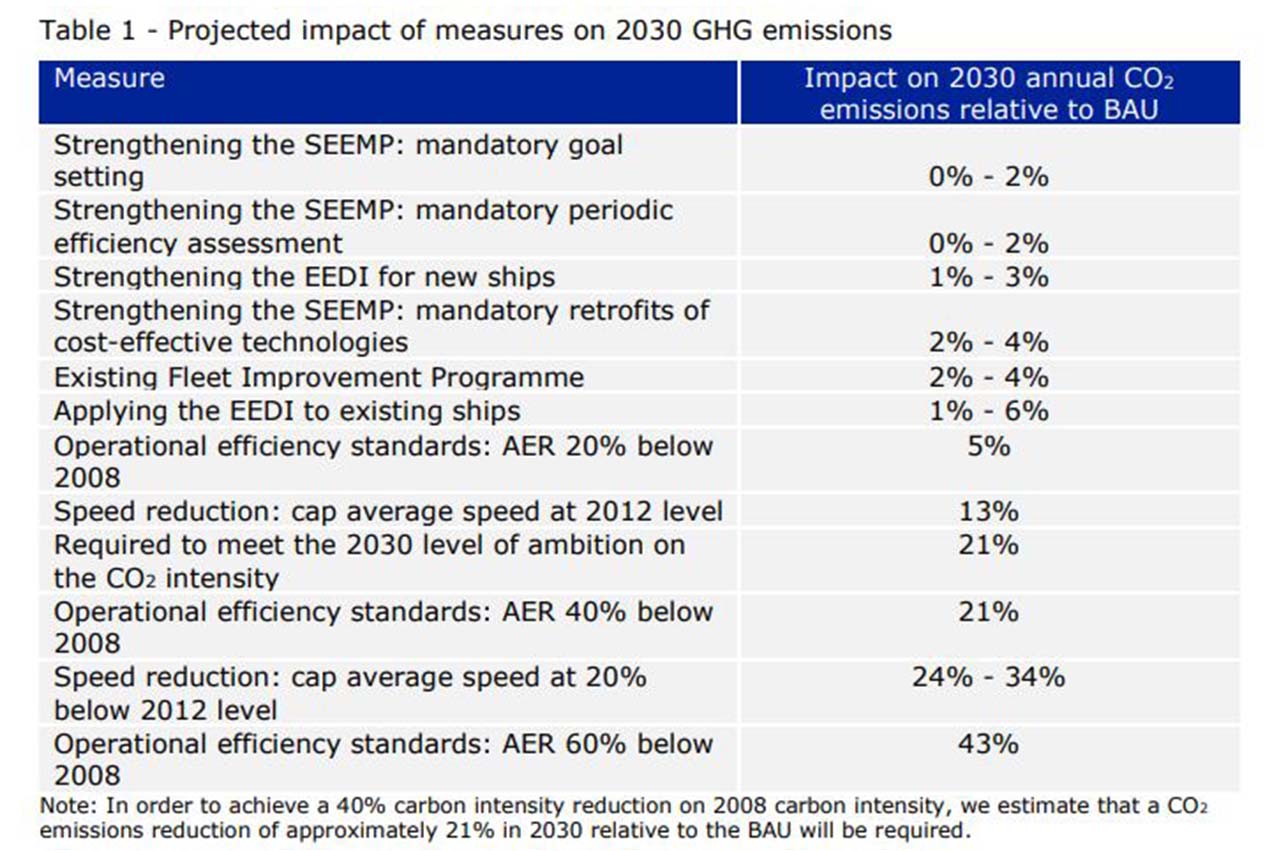 An European Commission (EC) funded study led by CE Delft and UMAS on how the existing fleet can meet targeted 2030 GHG (greenhouse gases) emissions has been completed.

The 'Study on methods and considerations for the determination of greenhouse gas emission reduction targets for international shipping' has shown the introduction of vessel speed limits or mandatory limits on operational efficiency or shaft power to have the greatest impact on lowering GHG emissions.

The specific policy measures that can turn those commitments into practice are being considered by the IMO and will be discussed as part of the IMO negotiations starting next week between 13 to 17 May.

The measures considered in the EC study are those that could enter into force immediately and help to control GHG emissions over the period between now and 2030.

As requested by the IMO Marine Environment Protection Committee in October last year (MEPC 73), several countries have submitted concrete proposals for reduction measures. These include proposals for speed limits, for the improvement of ship's operational efficiency as well as a proposal for a shaft power limit. According to the study such proposals can be compatible with the IMO's objectives, if they are set at a sufficiently strict level.

The IMO meeting in May will also discuss options to further strengthen the current internationally agreed energy efficiency rules under the Energy Efficiency Design Index (EEDI) regulation. The study analysed the emissions reduction impacts of further increasing the stringency of this regulation. The study found that these changes would not bring about any significant GHG reductions by 2030. However, they would achieve more impact further into the future.

The Study on methods and considerations for the determination of greenhouse gas emission reduction targets for international shipping complete report can be downloaded here.

Findings suggest conversion rises emission intensity between 13.7% and 32.6% over new construction based on data from vessels in the Avance Gas Holding fleet.