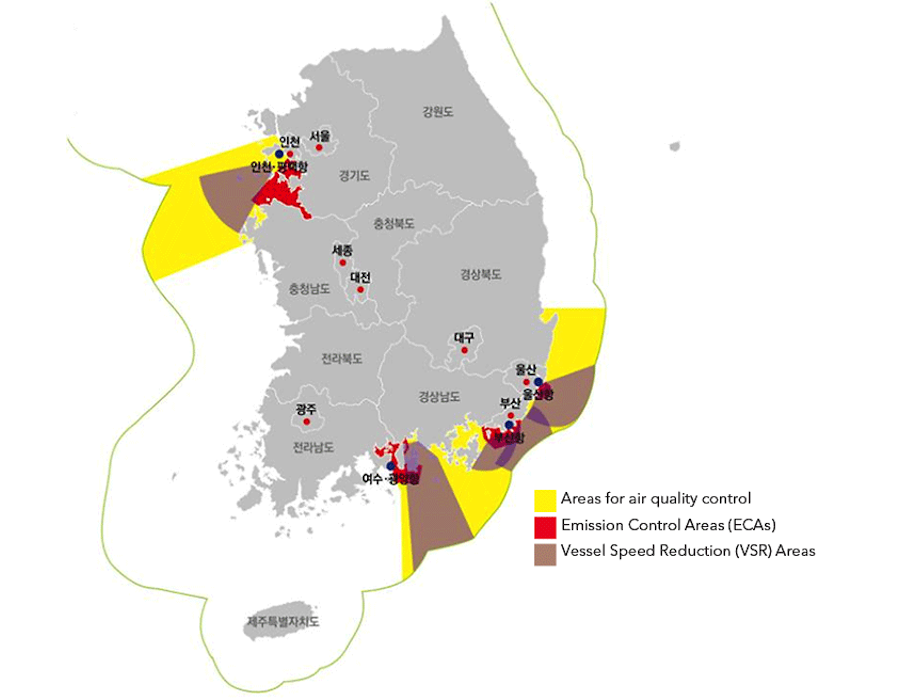 To reduce particulate emissions from ocean going ships in its ports, South Korea has released a “special act on improvement of air quality in port areas”. Find out more about the Korean ECA and its Vessel Speed Reduction (VSR) programme in this statutory news.

Shipowners and operators should be aware of the following regulations:

South Korean ECA – From 1 September 2020, ships berthing or anchoring at certain Korean ports (South Korean ECA), must use max. 0.1% sulphur content fuel (or reduce emissions below this target). From 1 January 2022 this limit also applies when navigating the ECA area.

Port fees will be reduced for ships which lower their speeds to set targets defined in the VSR programme Sea Areas.

Singapore was chosen as GoodFuels’ first international expansion due to its value to the global shipping industry and its leading position as a key bunkering hub.

Decarbonisation move supports both companies’ ambitions to significantly reduce the carbon footprint of European transportation and reduce the environmental impact of shipping.

Shipowners and bunker buyers are advised to do due diligence on current bunker sales contracts.