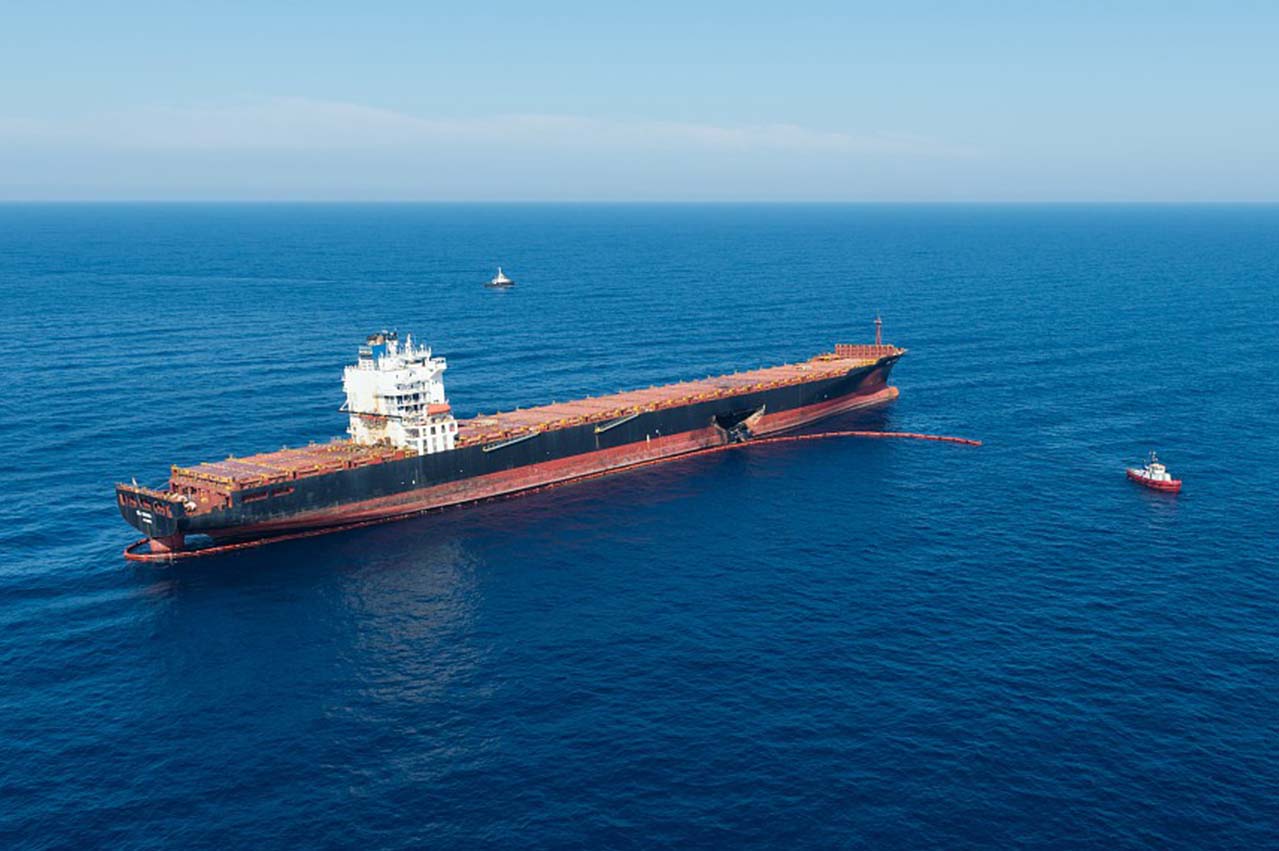 Stricken Cyrus-flagged containership CSL Virginia left its position on Wednesday (24 October), heading to Constanta port in Romania, after being hit on the starboard side by Tunisian-registered ro-ro vessel Ulysses on 7 October.

“This departure was made possible by the complete pumping of the fuel still present in the hold and the double hull as well as by obtaining a certificate of seaworthiness issued by an independent body,” said the authority Maritime Prefect of the Mediterranean (MPM).

“These guarantees obtained, the Maritime Prefect of the Mediterranean allowed the Virginia to begin its transit.

“She will be escorted by the intervention, assistance and rescue tug (RIAS) Bee Flanders chartered year round by the French Navy, until it comes out of waters under French jurisdiction.”

The above report concludes the Manifold Times coverage on the CSL Virginia/Ulysses collision. A series of earlier reports in descending chronological order can be found below: