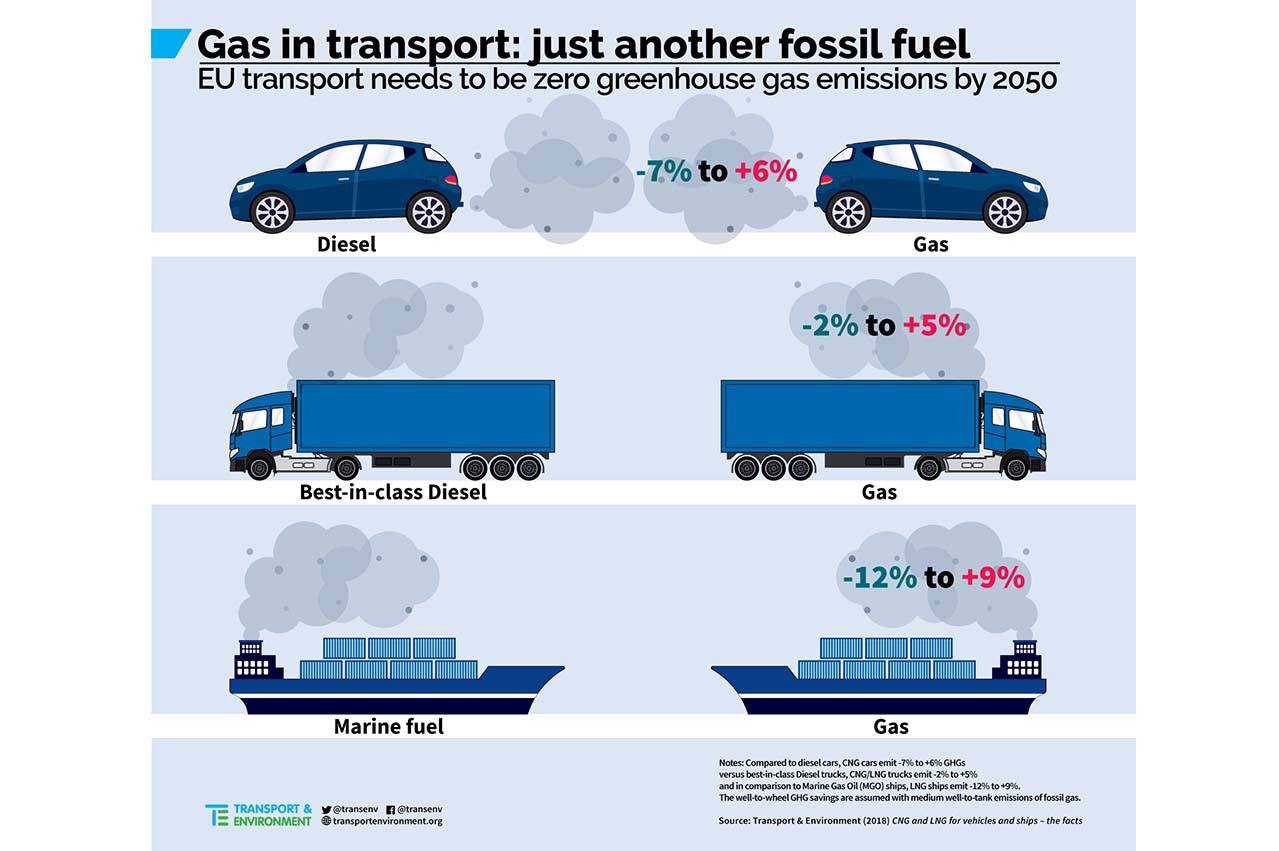 Using natural gas as a fuel for marine transport is as bad for the climate as using conventional marine fuels, finds a new report commissioned by NGO Transport & Environment (T&E).

The study Natural gas-powered vehicles and ships – the facts found greenhouse gas (GHG) emissions from the consumption of liquefied natural gas (LNG) to be close to that of marine gas oil; but the figures are highly dependent on engine methane slip and upstream leakage.

Methane has 28 times the global warming potential of carbon dioxide (CO2), and when an engine burns LNG unburned methane also escapes through the exhaust. Methane is also released ‘upstream’ during the production and transportation of fossil gas, it explains.

The sulphur standard for road petrol and diesel is 100 times better than the marine standard in sulphur emission control areas (SECAs). Therefore, marine fuels can be further desulphurised to deliver high air pollution benefits without the need for replacing the ships and associated bunkering infrastructure to run on LNG, suggests the report.

“Gas cars, trucks and ships have no benefits for the climate and they’re a distraction from our real objective, zero-emission transport. Governments should resist the gas lobby’s offensive and stop wasting precious public money on gas infrastructure and tax breaks for fossil gas,” said Jori Sihvonen, clean fuels officer at T&E.

“The idea that we can decarbonise transport with renewable gas is a pipedream. What little biomethane and electro-methane we’ll have will be needed to decarbonise the heating and power sectors, which currently rely on fossil gas.

A copy of the full report Natural gas-powered vehicles and ships – the facts is available here.