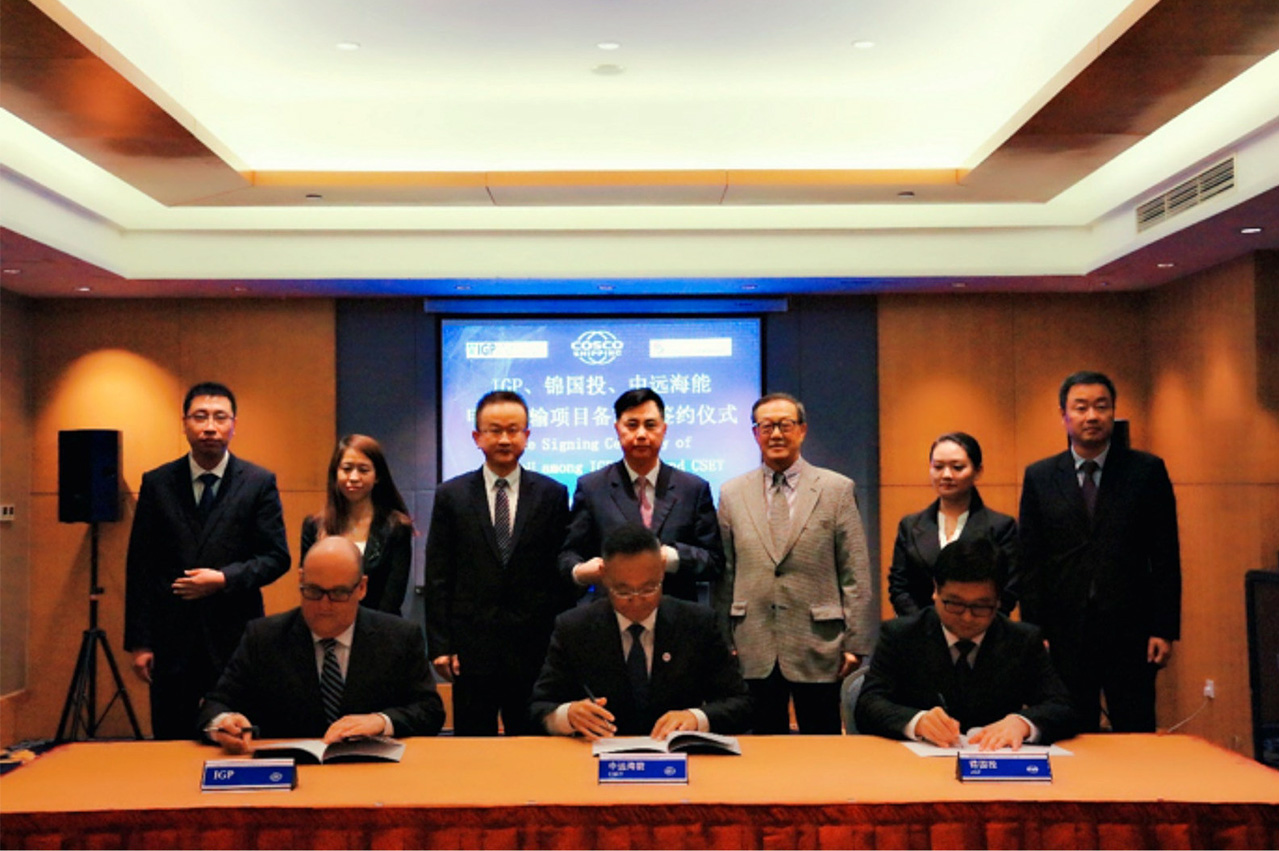 The trio on Wednesday entered into a memorandum of understanding for cooperation on a US Gulf Coast methanol project to construct 1.8 million metric tonne (mt) capacity methanol plants.

“Methanol is the fastest-growing new energy fuel in China being used to replace coal in industrial boilers while reducing pollution by 95%,” say IGP Methanol.

According to the company, the cooperation with IGP and JGT brings opportunity for COSCO to access and participate in the new Green Energy Revolution Market.

“It is a key step for COSCO to move toward new clean transportation fuels, promoting the transformation and upgrading of traditional businesses for COSCO Energy Transportation, while providing strong support for IGP Methanol and JGT methanol distribution,” they explain.

The Chairman of IGP Methanol was pleased with the development.

“The project will assure long-term stable and low-priced pure methanol for JGT's MTO projects as well as supply ultra-clean fuels to China, from abundant US natural gas resources.

“IGP's local US construction and operations will create thousands of jobs in Louisiana and the local communities in the US Gulf Coast.”

FPS will strengthen the FLAGSHIPS consortium and expand its green hydrogen-fuelled fleet with the “FPS Waal” that will be converted to a zero-emission container vessel.

Develops low-cost mechanical process for blending micro-particle coal into as much as 25% of fuel oil.

VLGC pair will be built by Hanjin Heavy Industries & Construction and scheduled for delivery in Q3 2020.