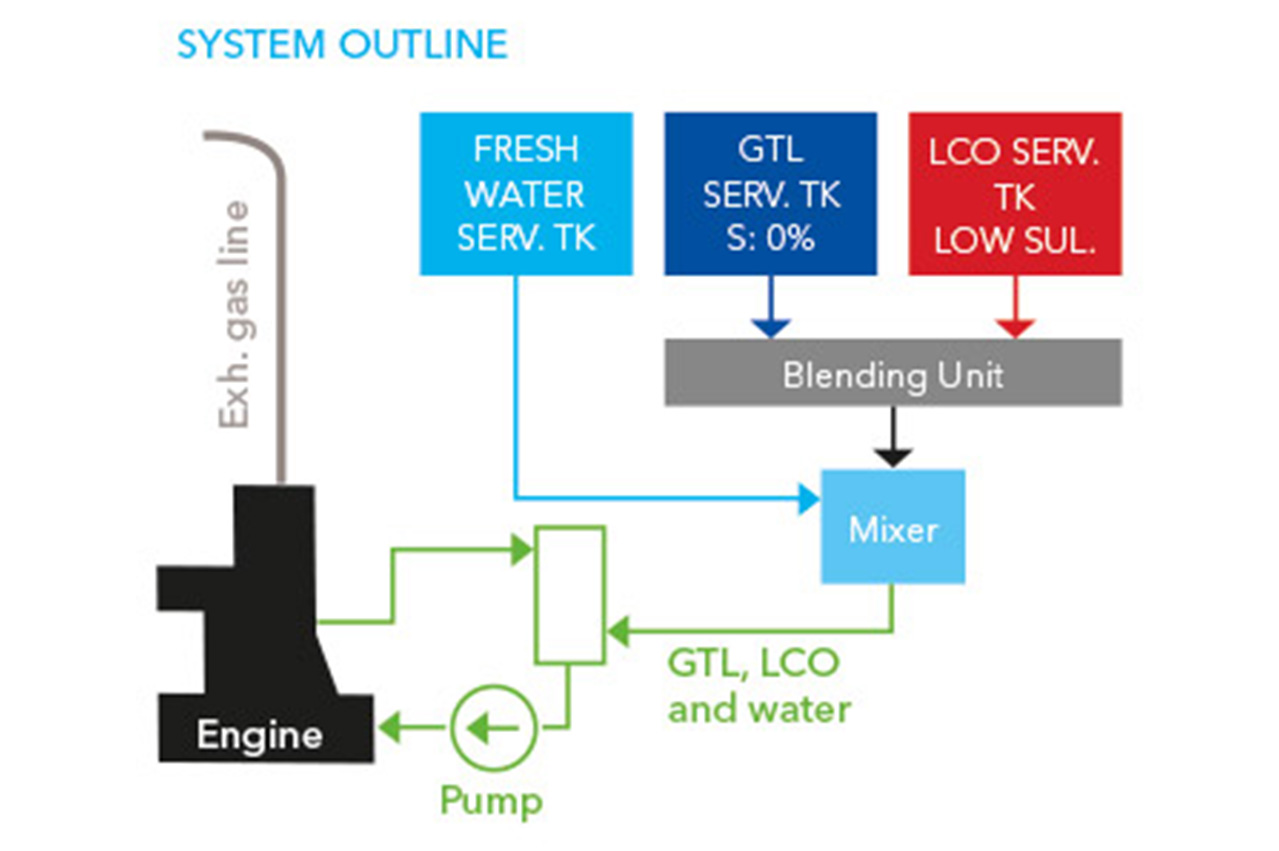 The product, called Super Eco Fuel, is a blend between LCO (lightcycle oil, a secondary refinery product) with GTL (gas-to-liquid, a liquid fuel made from natural gas) and water.

The result is a fuel that requires no installation of new equipment while meeting nitrogen oxide (NOx) and sulphur oxide (SOx) limits.

The two products, when mixed in the right quantities, will produce a fuel that is able to meet the 2020 0.5% global sulphur cap.

The addition of water into the mixture will result in a fuel that meets both the 0.1% emission control area (ECA) sulphur limit and NOx Tier III compliance standard.

“LCO and GTL can be stored separately in the normal fuel tanks. In addition, the fuel can be used in existing engines without modifications, making it relevant for retrofitting to existing ships. The fuel is mixed on board by a mixing unit,” says DNV GL.

“The largest challenges are the supply and bunkering of the individual fuel components, which must be addressed before the fuel will be accepted and used widely.

“Similar to other fuels there are uncertainties with price fluctuations over time. The cost of the new fuel mix is expected to be higher than standard HFO at current rates but lower than for other LSFO options, making it an attractive potential fuel alternative with marginal additional investment costs.”

The FPS team have been carefully measuring the energy consumed on the vessel’s trips between ports and analysing data to finalise its hydrogen fuel cell system design.

Launches “LNG – A Fuel in Transition” report to show how the shipping industry has adopted LNG for decarbonisation and outlines progress to be made in 2022.

World first development is a collaboration between GFR, the University of Cardiff, and Lancaster University to address decarbonisation of UK shipping.