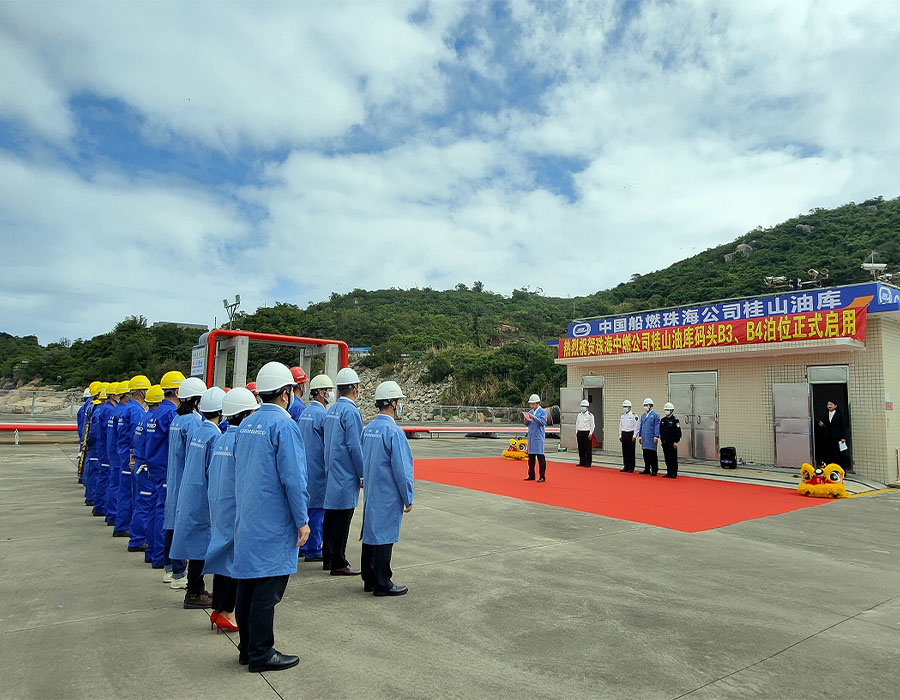 The following article published by Manifold Times on 4 April was sourced from China’s domestic market through a local correspondent. An online translation service was used in the production of the current editorial piece:

An opening ceremony of the B3 and B4 berths at the Guishan Oil Depot Terminal was held by Zhuhai China Gas Co., Ltd. (珠海中燃石油有限公司) on Thursday (31 March).

“The official opening of the B3 and B4 berths marks a solid and important step for Zhuhai Chimbusco to strengthen the economy of the Guangdong-Hong Kong-Macao Greater Bay Area while promoting the company’s sustainable and healthy development,” stated Deng.

“On the occasion of the 50th anniversary of Chimbusco, we present the official opening of the berths of the B3 and B4 terminals of the Guishan Oil Depot!”

About 628 mt of fuel oil was loaded onto Minyang Oil 09 for trading in the domestic market as part of the ceremony. Suria Capital Holdings notes of ‘low volume’ for its bunkering business in Q1 2018, but remains committed to Sabah operations.