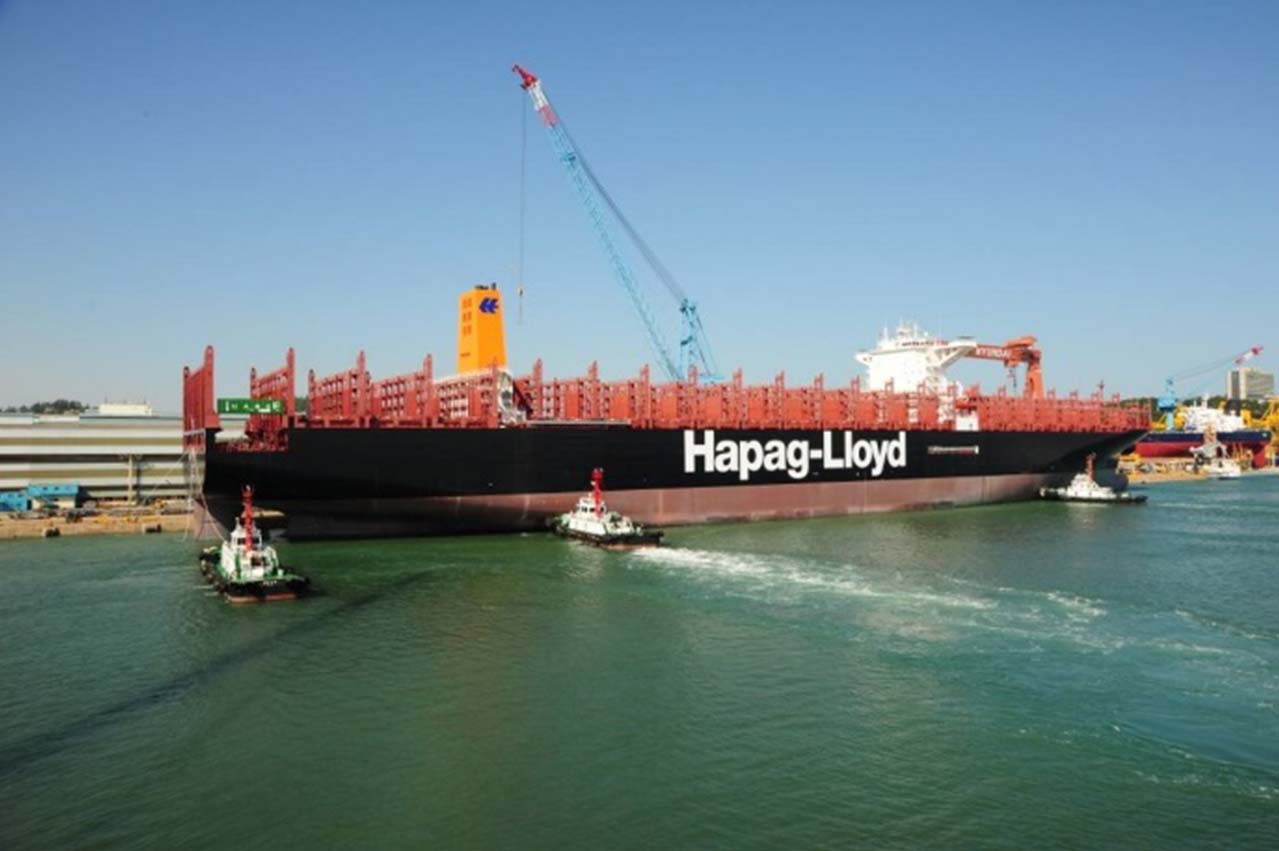 German containership owner Hapag-Lloyd said the upcoming sulphur cap will add €1.1-1.2bn ($1.3bn) to its annual bunker fuel bill, because most of its fleet will switch to run on low-sulphur fuels. But it said that it will install the exhaust cleaning systems known as scrubbers on 10 ships, up from two initially.

Hapag-Lloyd will mostly use low-sulphur fuels to comply with the International Maritime Organisation (IMO) 0.5pc sulphur cap, which comes into effect in 2020. It has tested and will retrofit scrubbers ten large container ships, out of its fleet of around 235.

Chief executive Rolf Habben Jansen said that scrubber installations will take some if its fleet out of operation because more ships will go into dry dock, especially in the second half of this year.

"We would like to have most of them done before the end of the year," he said, adding that not all of the scrubber-fitted ships will be deployed on the long routes between Asia-Pacific and Europe. Hapag-Lloyd also has 17 ships ready to be retrofitted to run on IMO-compliant LNG, one of which will go through this process in the first quarter of 2020.

Scrubber economics are generally more favourable on the high seas, where ships can go faster and consume more fuel. But, last month more than 100 maritime companies called for the IMO to set maximum speed limits to reduce greenhouse gas (GHG) emissions through lower fuel consumption. Habben Jansen dismissed this, saying there has been "some political pressure to go and do something, but I do not see a lot of that coming any time soon because there are not really enough ships to steam a lot slower."

Hapag-Lloyd paid $53/t more for bunker fuel in the first quarter than it did a year earlier — an average $425/t. It made a profit of €96.2mn ($107.7mn) in the first quarter compared with a loss of €34.3mn a year earlier. Habben Jansen said that profits were up because of "higher transport volumes, better freight rates and a stronger US dollar", but that increased bunker costs dampened this effect.

Hapag-Lloyd consumed about 1.1mn t of bunker fuel in the first quarter, the same as a year earlier. Its total bunker costs went up from €326mn to €394.6mn.

The Secretary-General of the IMO made the point clear in his opening speech at a recent meeting.