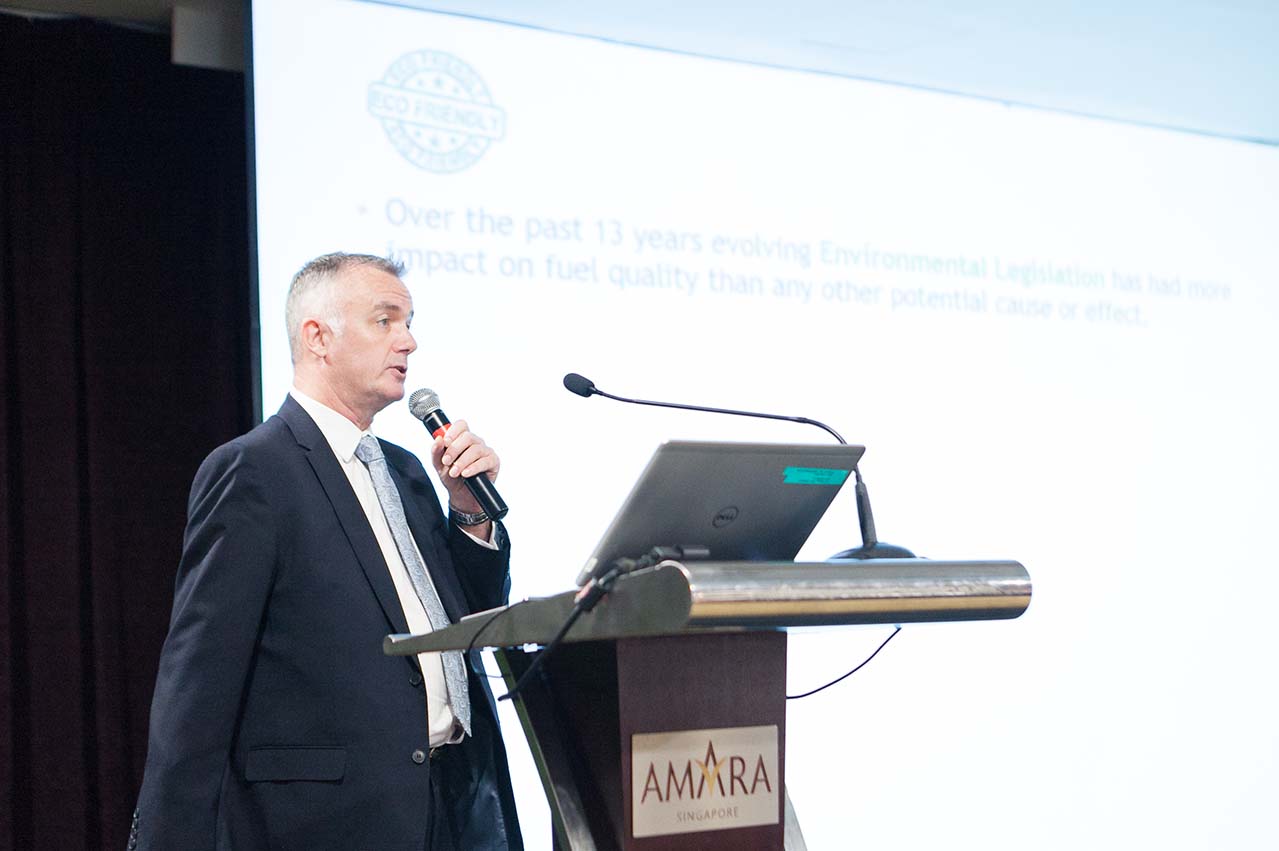 Steve Bee was presenting at the VPS Seminar 2019 in Singapore on Tuesday (16 July) when he forecasted potential quality trends for residual, distillate and Very Low Sulphur Fuel Oil (VLSFO).

“Today’s marine fuel supply chain can be very complex with many participants,” he told delegates during the start of his speech.

“As fuels pass through this chain there is little in the way of regulation, traceability, transparency and quality control. Could it be too many cooks spoil the broth?”

Quality for residual marine fuel will be “difficult to predict” in the beginning of 2020 due to a significant short-term drop in demand during the period, according to Bee.

However, he notes 11% of all residual fuel tested by VPS in 2018 exceeding the specification for at least one ISO 8217 test parameter. In 2018, the most frequent off-specs were cat fines, sodium, flash point, and bunker contamination.

“Keep a close eye on quality during the second half of 2019 as there could be a possible effect on residual fuel quality due to supplier reducing volumes and cleaning their systems,” he points out.

Bee, meanwhile, expects demand for distillate marine fuels to increase substantially in 2020 but warned not all distillate grades to be low in sulphur with some even requiring treatment.

He notes 10% of all distillates tested by VPS in 2018 exceeding the specification for at least one ISO 8217 test parameter. During the year, the most frequent problematic parameters for distillates were flash point and cold flow properties.

Moving forward, Bee expects an increased supply and different types of new marine fuel, referred to as VLSFOs, to be used as fuel within the shipping industry from 2020 onwards.

The new types of bunker fuels may suffer from stability and probable compatibility issues due to heavy blending of complex fuel blends. There are also concerns of cold flow due to an increased use of waxy based products, and elevated cat fines (Al+Si) from the use of cat-cracker residuals in their production.

The use of inland market distillates and distillate blending could also lead to low flash point off specs, while larger differences in density and viscosity will lead to a higher calculated carbon aromaticity index (CCAI) in VLSFOs.

As a precaution, Bee recommends shipowners to use marine fuels meeting the latest edition of ISO 8217 for their vessels and purchasing the fuel through well-known and trusted fuel suppliers.

He referenced a 2015-2017 survey from The Swedish Club which reported poor fuel management costing shipowners an average of US $344,069 in damages.

“The bunker supplier should identify and assist in managing potential safety and operational issues associated with the use of the purchased marine fuel,” he advises.

“It is also the supplier’s responsibility to supply fuels which meet the relevant requirements of MARPOL Regulations 14 and 18.3, as well as any required specifications, such as ISO 8217.”

Transitioning from fuel with a sulphur content of 3.5 percent to low-sulphur fuel oil a ‘complex task’.