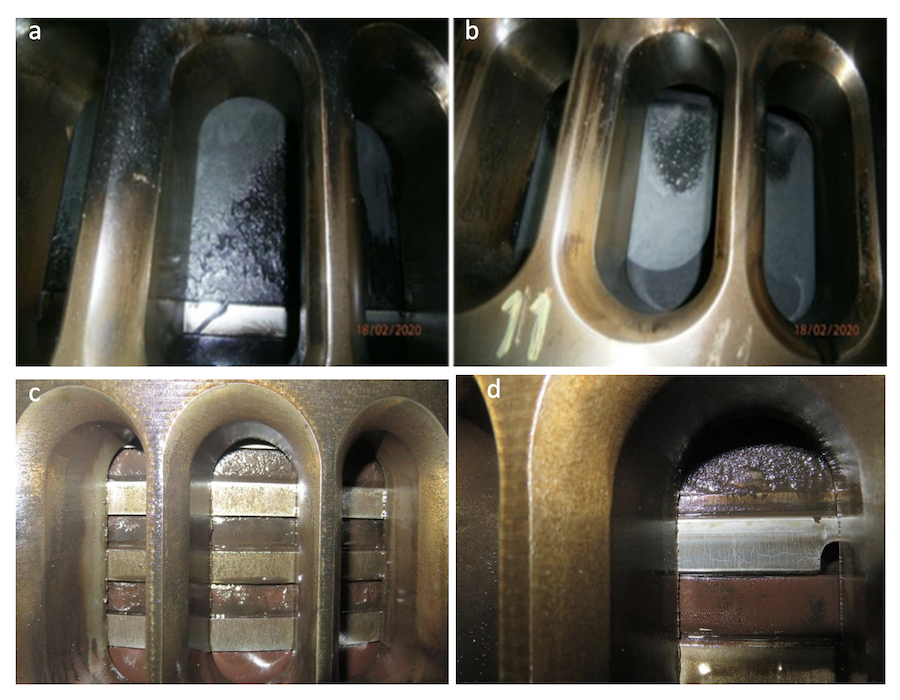 “Traditionally high sulfur fuel (HFO) required cylinder lube oil with a base number of 70 to neutralize the sulfuric acid produced during the fuel combustion,” concluded the whitepaper.

“While cylinder lubrication consumption should be carefully monitored by switching to very low sulfur fuel oil (0.5% sulfur). Choosing a cylinder lube oil with an optimum feed rate and the base number is critical. Since CLO with high base number and feed rate high will lead to excessive scuffing, wear of piston rings.

“The first stage of damage will happen when the BN of the CLO is excessive with a high feed rate. In this case, small corrosion pits will not form because of the excess of alkalinity, the CLO film thickness becomes thinner, the friction between two surfaces increase which causes liner wear and scuffing.

“The second stage of damage is caused by insufficient CLO detergency characteristics. CLO does not have enough detergency to wash all the scuffed liner material carried by the piston ring.”

The research was based after testing from over 20,000 samples of VLSFO fuels from multiple sources, blending procedures, and global bunkering ports, according to Viswa Lab.

Out of tested VLSFOs, there were 12 cases of abnormal cylinder liner wear. The paper presented findings based on an in-depth pattern recognition study of these 11 fuels and their effect on the engines.

The Managing Director of VPS breakdown challenges of marine fuel quality heading into 2020.