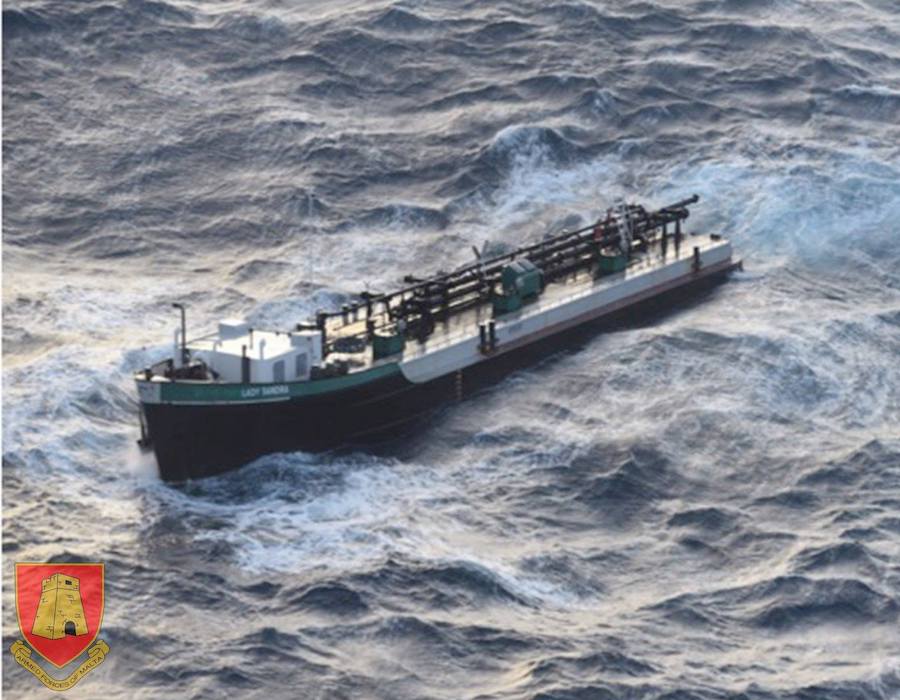 Editor: A Maritime & Coastguard Agency representative on Monday (30 March) pointed out to Manifold Times the “Lady Sandra” is not a UK-registered vessel. We retract the incorrect statement in the article.

The Armed Forces of Malta (AFM) on Thursday (26 March) said it rescued the crew of the tanker, Lady Sandra (MMSI 232025973); the 90m long vessel broke in half due to rough weather the night before.

The incident occurred at about 9.30 pm, when the rescue coordination centre (RCC) received a mayday call from the vessel’s Master, said the AFM in an official statement seen by Manifold Times.

The AFM said it then proceeded to deploy a helicopter, and search and rescue vessel Melita 1 to the ship’s location, approximately 13 nautical miles East-Northeast from Malfa.

Upon arrival at the location, AFM’s team onboard Melita 1 rescued the Lady Sandra’s three crew members – two Egyptians and one Romannian, who were overboard as the tanker’s rescue raft had been ruptured.

The three rescued crew members were brought safely to Hay Wharf Base where the Immigration Unit of the Maltese police force was contacted for further assistance.

“We risked our lives, as there was a very big swell and strong winds. As we approached the life raft, we quickly transferred them on board our vessel. We thank God that everyone is safe,” said the Master of Melita 1.