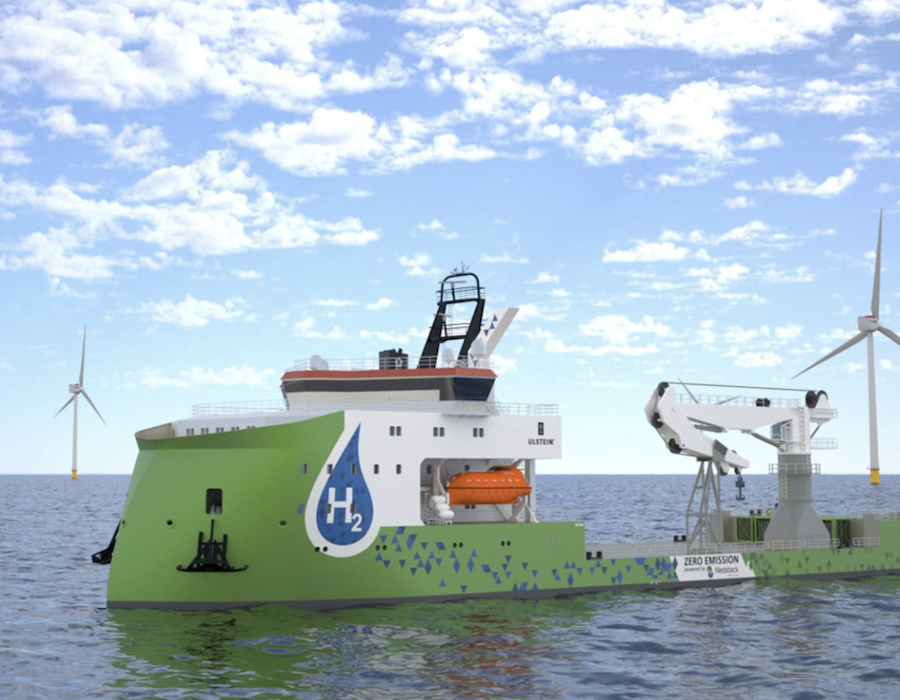 Norway-based shipbuilder Ulstein Verft on Wednesday (3 June) revealed it plans to scale the use of hydrogen as a marine fuel beginning with its hydrogen-powered ship, the Ulstein SX190.

CO2, NOX and particle emissions are completely eliminated when using hydrogen fuel cells for on board power generation.

However, today’s technology and hydrogen infrastructure only allows operations of up to approximately five days in zero-emission mode.

“A vision like this can be turned into reality through innovation and industrialisation, but here we will need a partnership between research institutions, governments, regulators and businesses,” said Tore Ulstein, deputy CEO, Ulstein Group

Ulstein noted, as ship designers, it can contribute in providing solutions for the onboard hydrogen lay-out to match the developments in regulations, shoreside infrastructure and green hydrogen.

Early adopters are often ‘punished’ by higher costs, but choosing an adaptable zero emission solution, allows those companies to fulfil their environmental ambitions, be ahead of the game and will provide them value throughout the energy transition.

Hydrogen bunker facilities are currently not yet widely available, so for the Ulstein SX190 the designers chose a flexible containerized gas storage system on the aft deck that can be refilled by trucks at the quayside, or the storage containers can be lifted off the vessel and transported to a hydrogen plant, if refilling in port is not allowed by port authorities.

Meanwhile, to extend the endurance of the vessel to a usable range, Ulstein said it has adopted a dual fuel solution.

This enables the vessel to fall back on its diesel-electric system using low sulphur marine diesel oil for extended missions and capabilities.

Of course, the vessel can switch to hydrogen only mode when entering or being in port, reducing local emissions in congested areas.

Ulstein is also planning to develop a liquid hydrogen storage container to improve the range of the Ulstein SX190, as liquid hydrogen would triple the amount of fuel available.

Though the technology already exists, it is not applied for maritime purposes as liquid hydrogen bunkering services are not yet available in port.

Of late, various ports have revealed their plans to invest in hydrogen as a bunker fuel, including the port of Zeebrugge and the Port of Rotterdam.

When liquid hydrogen bunker facilities become readily available on a worldwide scale, a vessel solely powered by hydrogen can be realised, said Ulstein.

As a zero-emission alternative for the shipping industry, finds joint LR and university report.

Tests will be conducted on an engine located in the Mitsubishi Heavy Industries Research & Innovation Center.

‘A number of projects involve converting vessels so they may run on Liquefied Natural Gas (LNG), as well as installing corresponding infrastructure in ports,’ said the EU.