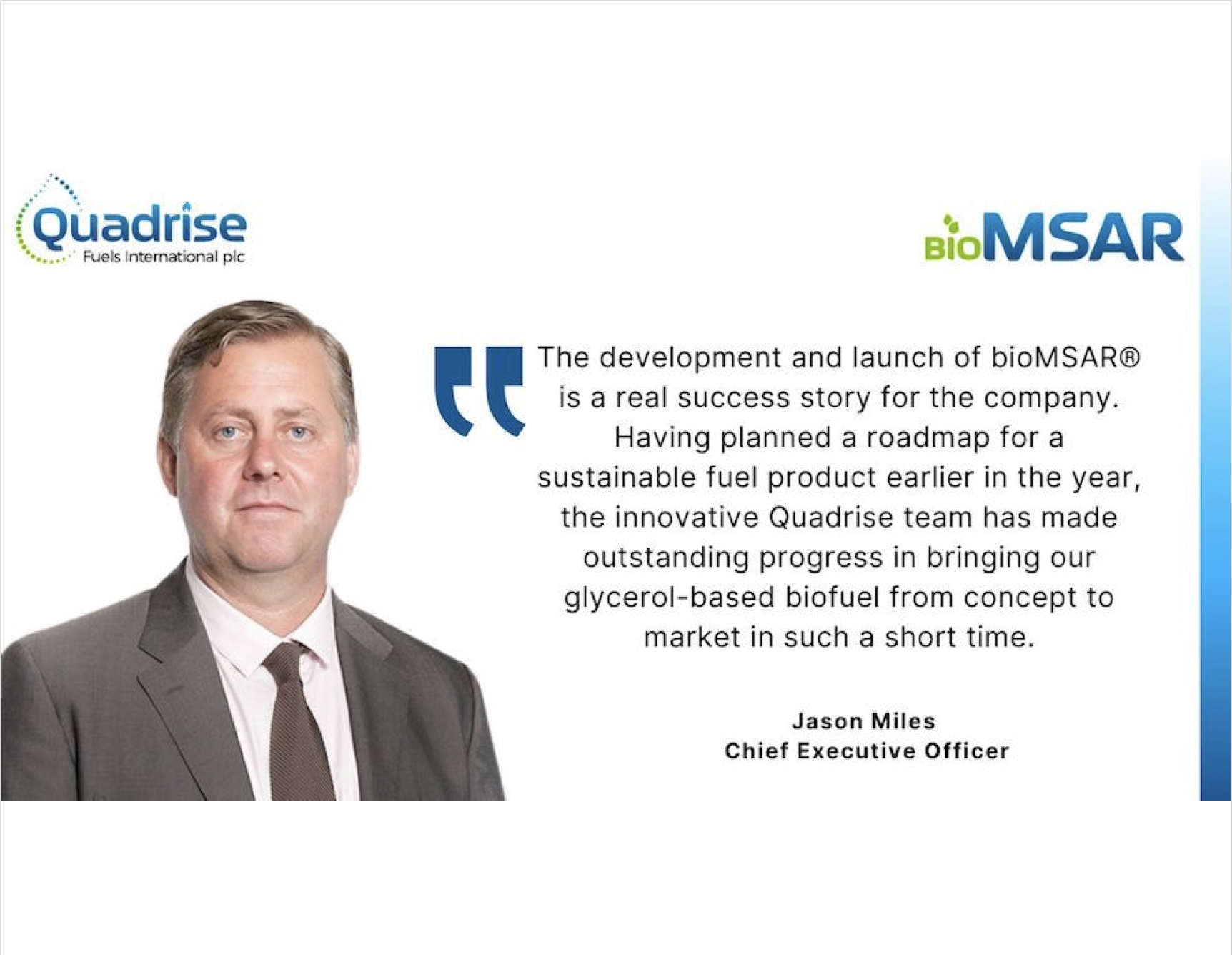 The product is an outcome of the company’s successful research, development and innovation activities carried out throughout 2020.

Having completed successful laboratory and pilot-scale testing of bioMSAR® Quadrise said it is now working with industry partners to test bioMSAR® in both diesel engine and combustion applications.

Whilst remaining subject to subsequent larger scale studies, the company considers that bioMSAR® has the ability to fundamentally  enhance the environmental and sustainability credentials of MSAR® and, in time, to increase the market opportunity for Quadrise.

“The development and launch of bioMSAR® is a real success story for the company. Having planned a roadmap for a sustainable fuel product earlier in the year, the innovative Quadrise team has made outstanding progress in bringing our glycerol-based biofuel from concept to market in such a short time, including the filing of a new joint patent application with Nouryon,” said Jason Miles, Chief Executive Officer.

“Our original target for bioMSAR® was a 10-20% reduction in CO2 compared with heavy fuel oil, however 20-30% has been achieved already which compares favourably with LNG, albeit at a much lower cost for conversion.

The inherent stability of our water-based fuel technology lends itself well to future biofuel applications to provide a simple and sustainable pathway to decarbonisation.”

Penguin Tenaga is classed under BV with the notation Electric Hybrid and Zero Emission mode, which provides operational and environmental benefits.

India targets use of methanol as bunker fuel in domestic sector

‘We are planning to use methanol as a fuel for all our maritime transport,’ says Union Minister of Shipping and Waterways.