Hyundai Mipo Dockyard, MAN Energy Solutions, and the Methanol Institute on Wednesday (9 December said) they have collaborated on a Joint Industry Project to enable product tanker charterers and shipowners to utilise Methanol as fuel regardless of the cargo carried.

The coalition said they worked together to develop a design that meets all prevailing safety requirements with minimal loss of cargo capacity and low additional build costs.

DNV GL reviewed the designs for the vessels in accordance with the relevant rules and regulations and provided technical advice and recommendations to help enhance the design development.

The resulting design – Low Emission Advanced Products Tanker (LEAP) – has been granted Approval in Principle by classification society DNV GL, which acted as verification body to the project, assessing and approving the design in conformity to its rules and the latest amendments to the IMO IGF Code.

The vessel has a service speed of 14.5 knots and effective range of 17,400 nautical miles using Methanol as primary fuel and cargo capacity is 54,000 cu m – a reduction of just 300 cu m compared to a diesel-only vessel.

The LEAP design has additional newbuild costs of just 10% compared to additional capex of 22% for LNG-dual fuel, and using Methanol as fuel would have daily CO2 emissions of 54.7 tonnes per day at service speed, compared to 64.7tpd for diesel.

The design uses two slop tanks of 2,600 cu m to store Methanol as fuel, positioned aft of the cargo tanks, protected by a cofferdam, with the fuel supply system connecting to the engine room via an on-deck service tank. Methanol is bunkered by an independent manifold and the design includes tanks for VLSFO and MDO storage to provide complete operational flexibility.

MAN Energy Solutions provided input to the arrangement of the fuel supply and propulsion system, based on application of its proven ME-LGIM two-stroke Methanol-capable main engine.

There is no significant additional ‘footprint’ for the Methanol fuel system as the service tank, methanol pipelines and methanol fuel supply room are located on deck.

“This design results in estimated cargo loss of 0.5% for a low construction premium, providing shipowners with the ability to build a low emissions vessel today.”

“To meet IMO NOx Tier III requirements, Methanol can be blended with water which brings the ship into compliance without the need for expensive exhaust gas after treatment.”

“DNV GL has assessed this design in accordance with its rules and all international standards and is pleased to provide Approval in Principle for a vessel which can make a significant contribution to lower emissions,” noted Vidar Dolonen, Regional Manager of DNV GL Korea and Japan.

“In the drive to decarbonize shipping, DNV GL has identified an important role for methanol produced from biomass or renewable energy sources.”

The Methanol Institute said it believes the next few years will be crucial ones for the adoption of fuels that can begin to have an impact on global carbon emissions from shipping.

“This vessel design demonstrates that newbuild or conversion can be straightforward and cost effective and extends the trading life of the asset as it can use renewable Methanol as more becomes available.” 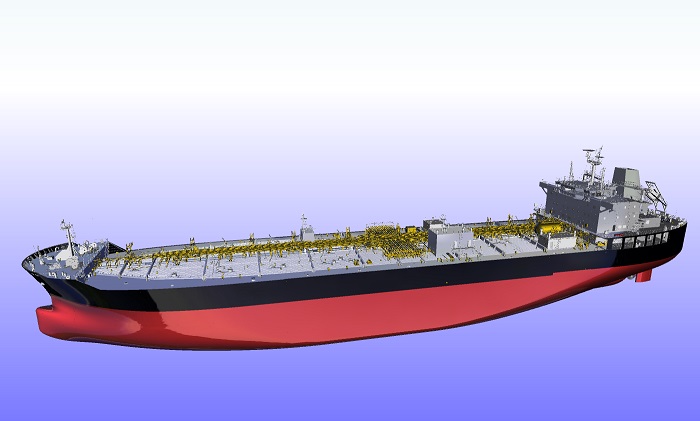 Carbon neutral biofuel to be tested on ferry produced from nut processing by-products in Tanzania and India.

Wärtsilä: Successful tests pave the way for ammonia as a future marine fuel

Ammonia can be produced with green energy and it contains no carbon so it doesn’t release carbon dioxide when it burns or when it is being produced, it said.

New Zealand: Ports of Auckland to get fully-electric ship-handling tug

RSD-E Tug 2513 will be the first fully-electric ship-handling tug in the world with 70 tonnes bollard pull.