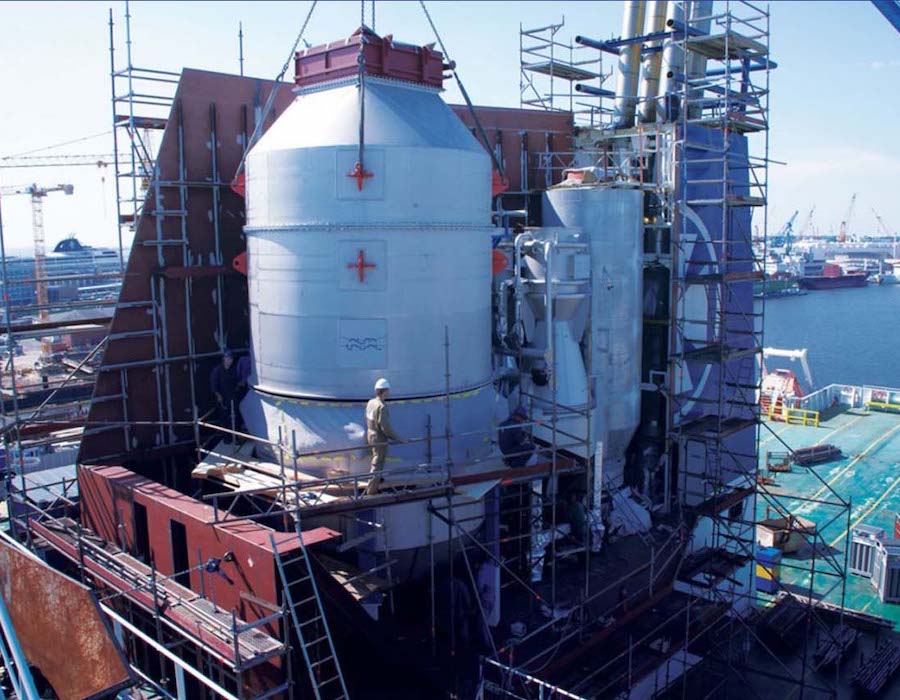 The coronavirus pandemic has been a huge global tragedy. It’s also smashed the economies of many nations and laid waste to whole sectors of industry. It’s one of those once-in-a-lifetime occurrences that you wish hadn’t happened in your time on the planet.

One of the sectors that has been most notably hit hard is the oil sector. As the pandemic took hold, as all forms of transport were paralysed by the crisis, global oil demand collapsed by more than 16 million barrels a day.

Simultaneously, a production war between Saudi Arabia and Russia saw oil supplies surge – it was a catastrophic cocktail that sent oil market prices into a tailspin. For brief periods in April, some oil futures were trading in the negative.

Dated Brent, the benchmark used to price more than two-thirds of the world’s oil, is now back to over $42/b (as of June 21) after hitting a 21-year low in April. Some market participants expect it to nudge towards $45/b in the short-term and higher still as the year progresses.

This will be good news for those shipowners who have installed marine gas scrubbers, as a rise in oil prices will likely be reflected in the spread between high sulphur fuel oil and low sulphur fuel oil, a spread which has been, at its height, over $300 but is now hovering around the $50-$55 mark.

As the spread widens, so scrubbers become more attractive

Most shipowners believe that the spread will increase again, after all, LSFO requires blending of distillates, which, in comparison to HSFO, are expensive and will become more so as the oil price rises. LSFO fuel is a much higher quality fuel, creating a premium in price.

And, as the spread widens, so scrubbers become more attractive, not just as a way to meet the new sulphur emission standards established by the International Maritime Organization (IMO) in January, but as a way to save substantial amounts of money.

It’s not as if there is any chance that HSFO will simply disappear.

Even if newly-built refineries don’t produce HSFO in the medium-to-short-term, the vast majority of refineries are not being upgraded to exploit the extra levels of refining and consequently abandon HSFO. The investment required is vast and many refineries cannot afford the investment, especially now.

Many of those who had planned to upgrade their refineries have postponed or delayed those upgrades since the start of the crisis, so HSFO will be relatively plentiful in supply for the foreseeable future.

It’s not just about the money

On price alone then, over the coming years, a scrubber will likely be seen as a wise investment.

But it’s not just about money. One thread of debate since the virus emptied the skies and seas, thereby reducing emissions, has been that we need to take more rapid action on climate heating.

The International Maritime Organization’s (IMO’s) new emissions regulations, which took effect on 1 January 2020, and were aimed at reducing the sulphur content of ships’ fuel oil from 3.50% m/m. to 0.50% m/m, already sought to reposition the maritime industry as a partner in positive environmental and social change.

In meeting the requirements of IMO 2020, shipowners had – and still have – three primary alternatives available: use <0.5% low-sulphur fuel oil (LSFO), install a marine scrubber, which allows continued use of high-sulphur fuel oil (HSFO), or switch fuel type entirely to liquefied natural gas.

The industry debate about which is the best compliance solution has become increasingly polarised. And, as is often the case in such situations, many of the arguments have become absurdly oversimplified and reductionist.

Fitting a scrubber, so the story goes, is just for shipowners who want to save a buck. Switching to LSFO is for those owners who care about supporting the IMO’s plans for a healthier environment.

This is an alarmingly unsophisticated view.

To understand LSFO’s true carbon footprint, you have to assess the fuel’s full lifecycle.

Measuring the ecological cost of LSFO cannot be limited to the narrow view of its use at sea.

According to SINTEF’s chief scientist Dr Elizabeth Lindstad, the energy required in the global production of LSFO produces far more greenhouse gas (GHG) than in the production of HSFO.

The difference is also compounded by scale.

With so many ships using LSFO as their IMO 2020 compliance solution, the supply of LSFO has had to climb drastically to meet demand.

In her report, Dr Lindstad concludes that, measured from well to wake, using HSFO with an exhaust gas scrubber is the most environmentally beneficial way of complying with IMO 2020.

Research submitted earlier this year to the IMO by Germany and Finland also confirmed that the overall effect of burning LSFO is environmentally negative.

LSFO is a dirtier fuel than HSFO used with a scrubber

Very low sulphur fuel oil was specifically developed recently to create a fuel that would comply with the IMO’s 2020 sulphur requirements. It has not had widespread use for a prolonged period of time and it is not fully understood.

Second only to CO2 in terms of the maritime industry’s contribution to climate change, black carbon is a dangerous greenhouse gas.

It is responsible for 7% to 21% of shipping’s overall GHG equivalent impact. LSFO, therefore, is a dirtier fuel than HSFO used with a scrubber.

For many, such findings are counterintuitive and can therefore be dismissed. But this is a nuanced debate, and the science favours scrubbers.

The operational and engineering risks of switching to LSFO are significant

And, even then, it’s not just about price and environmental concerns.

Worryingly little attention seems to have been paid to the operational and engineering risks of switching to LSFO.

Many shipowners have been unprepared for the technical difficulties of suddenly running a ship on a different fuel.

More significantly, LSFO fuels can vary a lot between batches.

Each batch can have different burning characteristics and LSFO can very quickly damage an engine if not handled correctly.

LSFO fuels are blended products – storing these fuels on board requires much more preparation and skill. Transitioning from one batch of oil to the next becomes a guessing game in which the booby prize is an inoperative ship.

HSFO and LSFO also differ significantly in terms of viscosity, with residual fuel and MGO, for example, exhibiting a density difference of approximately 8%.

If viscosity is too low, the moving components of the injection equipment will lack sufficient lubrication. The resulting damage could include fuel pump seizures and increased leakage in fuel pumps, engine-mounted pumps, and fuel handling pumps.

Viscosity and lubricity are closely connected. Sulphur is used to increase the lubricity of fuel; low sulphur fuels could provide ship’s engines with insufficient lubrication for components such as the pump plunger.

However, the opposite problem is also a risk – compensating with over-lubrication is a regular and damaging occurrence.

These operational worries were borne out in February this year, when Muhammad Usman, product manager at construction engineering firm Lloyd’s Register, told delegates at a marine conference that port inspections have found a multitude of problems with vessels caused by the switch to LSFO.

And just last week at a marine webinar hosted by price reporting agency S&P Global Platts, it was suggested that Europe was emerging as a global hotspot for quality issues with the new very low sulphur fuel oil (VLSFO) blends.

“The biggest problems we have with fuel quality are in the ARA area,” one delegate said during the webinar.

“We see different types of problems, such as total sediment potential, even a little bit of sulphur out of spec, a variety of hiccups. I’m a little bit surprised that the market doesn’t seem to be able to get this right yet.”

And, rather than causing problems to the inner workings of ships’ engines, scrubbers can be fitted to newbuilds or retrofitted to almost any engine.

Scrubbers are also a hedge against the further tightening of emissions regulations. For instance, not only is PGMT’s ENVI-Marine™ system smaller, more efficient, cheaper to install and costs around 20% less to run than the competitions’ product but it delivers marine scrubbing efficiency equivalent to an astonishing 0.0047% sulphur fuel.

And each iteration is aimed to make the device more scalable and easier to build, while constantly improving the scrubbing efficiency – this is technology that will meet emissions targets for many years to come.

Scrubbers make more economic, environmental and operational sense than any other solution to the IMO 2020 conundrum. Even in these difficult times, marine gas scrubbers are still the future.

USTC said Bunker Holding has achieved massive growth over the last years, through substantial investment in culture to attract and retain talent.

DNV GL Maritime CEO highlights the urgency of adopting alternative bunker fuels such as gas immediately, rather than waiting for the ‘perfect’ fuel option to reduce GHG emissions.