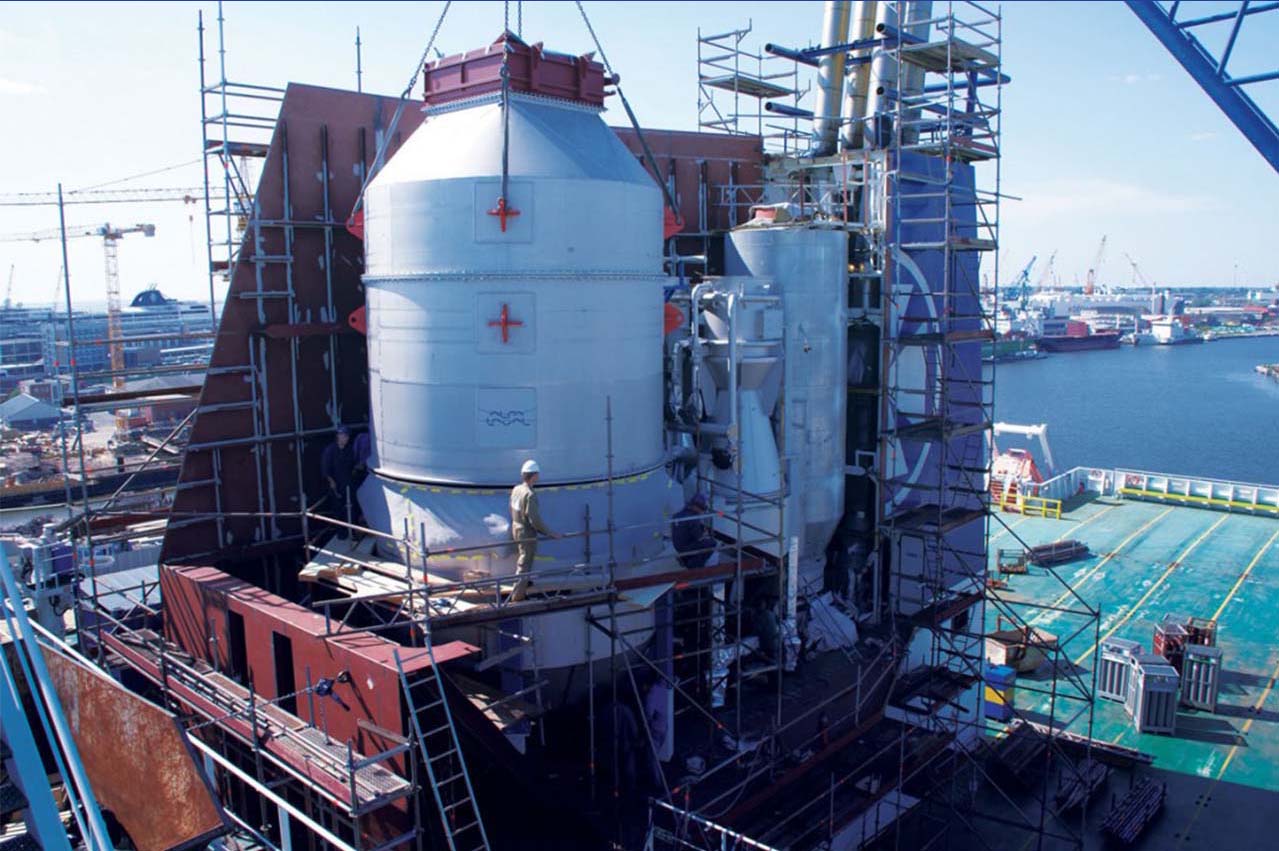 Business and leadership consultants have become fond of declaring that we live in VUCA times: volatile, uncertain, complex and ambiguous.

To those in the maritime industry, this is pointing out the obvious.

The last couple of years have been some of the most challenging in the shipping sector’s history. The realisation that the IMO’s new sulphur fuel cap would go ahead as planned on 1 January 2020 unleashed a torrent of competing market forces.

Stakeholders throughout the industry have been in a constant state of reactivity, unsure of what the next week would hold.

The market for marine scrubbers has been a study in disruption.

These are the qualities of disruption. In situations like this, it is only the tough, resilient and resourceful that survive.

And, it turns out, those with major production capacity.

The market for marine scrubbers has been a study in disruption. Five years ago, it barely existed. Around this time last year, just over 500 scrubbers had been installed or ordered.

The growth in demand has been phenomenal, far exceeding expectations. But now, sentiment seems to be shifting again.

Recent news from Wärtsilä, Alfa Laval and Yara Marine – three companies who last year were estimated to manage 75% of the world’s scrubber market – suggests that scrubber demand may be declining.

Wärtsilä has lowered its marine demand outlook for the next 12 months due to a reduction in scrubber orders, which it attributes to uncertainty regarding fuel price developments. The company has also observed lower overall vessel contracting volumes.

Finally, Yara Marine is up for sale, something which has been taken to suggest doubt in the strength of scrubber demand, despite the fact that Yara has been mulling the sale of its marine scrubbing business for some time.

The strategic value of Yara Marine’s sale hints that perhaps things are not on the decline that doomsayers say suggest.

This was acknowledged in October 2018, at a time that Yara Marine was looking to double its workforce to meet what it anticipated to be a doubling in demand. That does not sound like a company trying to cut its losses.

The strategic value of Yara Marine’s sale hints that perhaps things are not on the decline that doomsayers say suggest. The marine market has proved extremely sensitive over the last 18 months, with negative opinions taken up quickly and shared loudly.

But a trend in one corner of the market is not the whole truth. Pacific Green Technologies (PGT), for example, has seen its scrubber order book continue to grow unabated.

In the early part of July the company announced that Scorpio Bulkers Inc. had ordered a further 14 ENVI-Marine™ emission control systems for vessels it owns or manages in 2020, at a combined cost of USD$20.3m.

These scrubbers use PGT’s patented TurboHead™ technology and follow the 52 scrubbers ordered by Scorpio in late 2018.

“We are one of the few marine scrubbing companies with the scale to fulfil major orders,” says Executive Director Scott Poulter.

“We now have an order book in excess of USD$200m and the technical know-how, the people and the facilities to manufacture our systems on a large scale,” added Poulter.

The large-scale capabilities Poulter refers to are by virtue of the joint venture PGT shares with PowerChina SPEM. PowerChina is one of the world’s largest engineering procurement construction companies with 2018 revenues of $59.93 billion.

A partnership of this kind, one that combines elite technical expertise with raw production capacity, offers shipowners opportunities that simply aren’t possible when working with smaller operators.

The survivors are those who are able to build and fit scrubbers at scale.

Any slowdown in worldwide scrubber demand is partly due to the perception that time has run out to install a scrubber before IMO 2020 takes effect in January.

Yet, this is also one of the reasons PGT’s orders have continued to grow. Through its unique association with PowerChina, Pacific Green Technologies can simply do things that other suppliers can’t.

Though the last 18 months have seen a surge in scrubber orders, they have also seen attrition on the supply side of the market. Small-scale providers who entered the field to capitalise on the glut in demand have been weeded out.

The survivors are those who are able to build and fit scrubbers at scale, offering shipowners the chance to gain maximum financial benefit from their investment.

And among those survivors, PGT continues to expand, positioning itself as a market leader with an experienced team that understands and anticipates client needs.

For foreign ships, crew change will be considered if the ship meets all requirements and are in Singapore for cargo operations, bunkering or other marine services, it said.