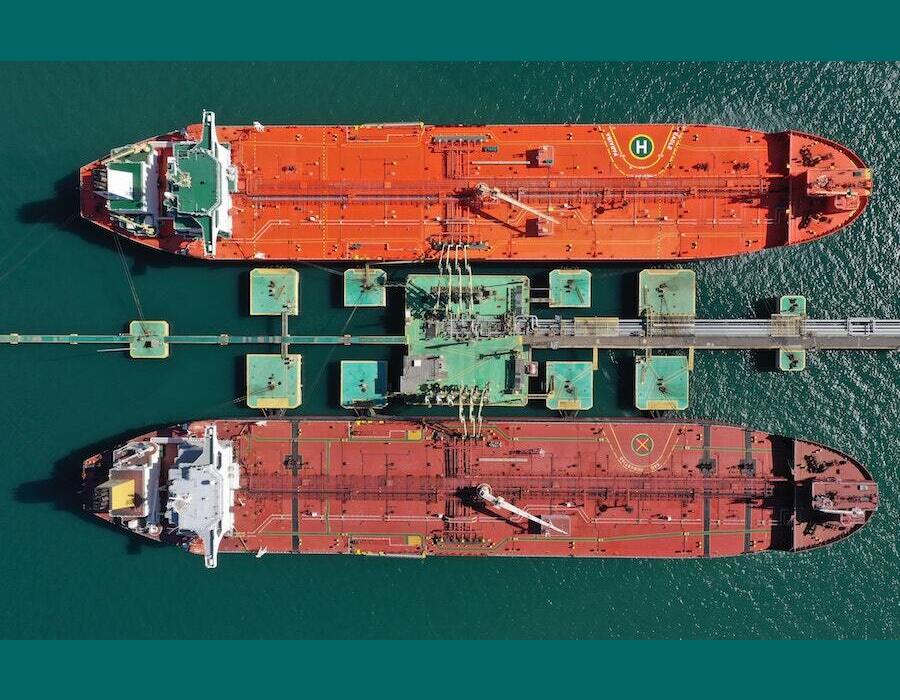 The North P&I Club on Tuesday (26 May) published an article on how the molecular structure of VLSFO can be trickier to test for cold flow properties compared to HSFO and offers some practical advice on how to monitor fuel temperature to avoid damage to heat sensitive cargo; it was written by Loss Prevention Executive, Alvin Forster:

The new fuels introduced to the bunker market have been found to be diverse. One particular characteristic can however prove troublesome if the vessel is carrying a heat-sensitive cargo.

Very-low-sulphur-fuel oils (VLSFO) is the umbrella term for marine fuels (other than marine gas oil) having a maximum sulphur content of 0.50%. Their popularity has increased rapidly since the introduction of the IMO global sulphur cap earlier this year.

Early experience shows that most VLSFOs are blended products and can vary quite remarkably. Some are very low viscosity, similar to distillate fuels whereas some closely resemble traditional high-viscosity heavy fuel oil products, with most somewhere in between.

The molecular structure of these new fuels also has an impact on its storage and use. Some of the new VLSFOs are paraffinic in nature whereas previously used heavy fuels were asphaltenic. Without going into the chemistry of fuels, these paraffinic VLSFOs are more prone to waxing.

The problem with wax

If wax begins to form in the ship’s fuel storage tanks it will be very difficult to pump. Transfer pump filters and pipelines are likely to become choked. If the wax formation is extensive, the vessel’s tank heating systems may struggle to re-liquefy the fuel. Manual digging of wax out from the tank might then be required, which is a costly and time-consuming exercise.

The key, quite simply, is to keep the fuel at a temperature above at which wax starts to form.

Before VLSFOs hit the market, determining the cold flow properties of marine fuels was straightforward. Distillate fuels, such as marine gas oil (MGO), were tested to give its Cloud Point (CP) and Cold Filter Plugging Point (CFPP) temperatures, whereas residual fuels (e.g. RMG 380) were tested for Pour Point (PP).

However, the CP and CFPP only apply to distillates because they are clear in appearance. These tests do not work on opaque fuels such as VLSFOs. This leaves only the PP test, but because of its paraffinic content, there is a risk that wax can still form at temperatures higher than the traditional PP + 10°C ‘rule of thumb’ for heavy fuels.

An alternative means of measuring the cold-flow properties of a VLSFO is the wax appearance test (WAT). Developed by fuel analysis experts VPS, this test does not, however, form part of the suite of tests usually carried out on bunkered fuel under ISO 8217. This test cannot be carried out on board and must be specifically requested to the testing laboratory.

Whatever the test method, the fuel analysis report provided to a vessel could recommend a relatively high fuel storage and transfer temperature to prevent waxing and solidification.

In such cases, there is a risk that the temperature of the fuel in tanks located adjacent to cargo holds could damage a heat-sensitive cargo. For example, according to BMT’s Cargo Handbook, a bulk cargo of raw sugar is at risk of caking at temperatures as low as 25°C. If loaded into a hold which is above a hot double-bottom fuel tank, there is a real risk of cargo damage.

A ship’s chief engineer is not able to specify the cold-flow characteristics of a VLSFO when ordering bunkers. As the definition of a VLSFO is wide, it is very much a case of ‘you get what you’re given’. It is therefore essential that the shipboard engineers find out quickly the characteristics of the fuel soon after bunkering. This will allow them to store and handle the fuel at the right temperature and know the risks if the vessel subsequently loads a heat-sensitive cargo.

An analysis report that shows a fuel having a high paraffinic content might trigger the crew to transfer the fuel to other tanks that are not adjacent to cargo holds. But avoid commingling – paraffinic fuels can be very prone to incompatibility when mixed with other stems.

It can be difficult to accurately control the steam heating of fuel storage tanks. Temperature sensors and steam control valves work in a harsh environment and can be vulnerable to falling out of calibration, if not failure. Good levels of maintenance can help prevent this.

In the event of a claim or dispute, evidence is essential. A vessel presented with a cargo damage claim will be far better placed to successfully defend it if reliable fuel storage tank temperature records are kept.

‘We had grown significantly over the past years and established as a reputable and successful trading company,’ said Sonnich Thomsen, Managing Director, Bunkering.