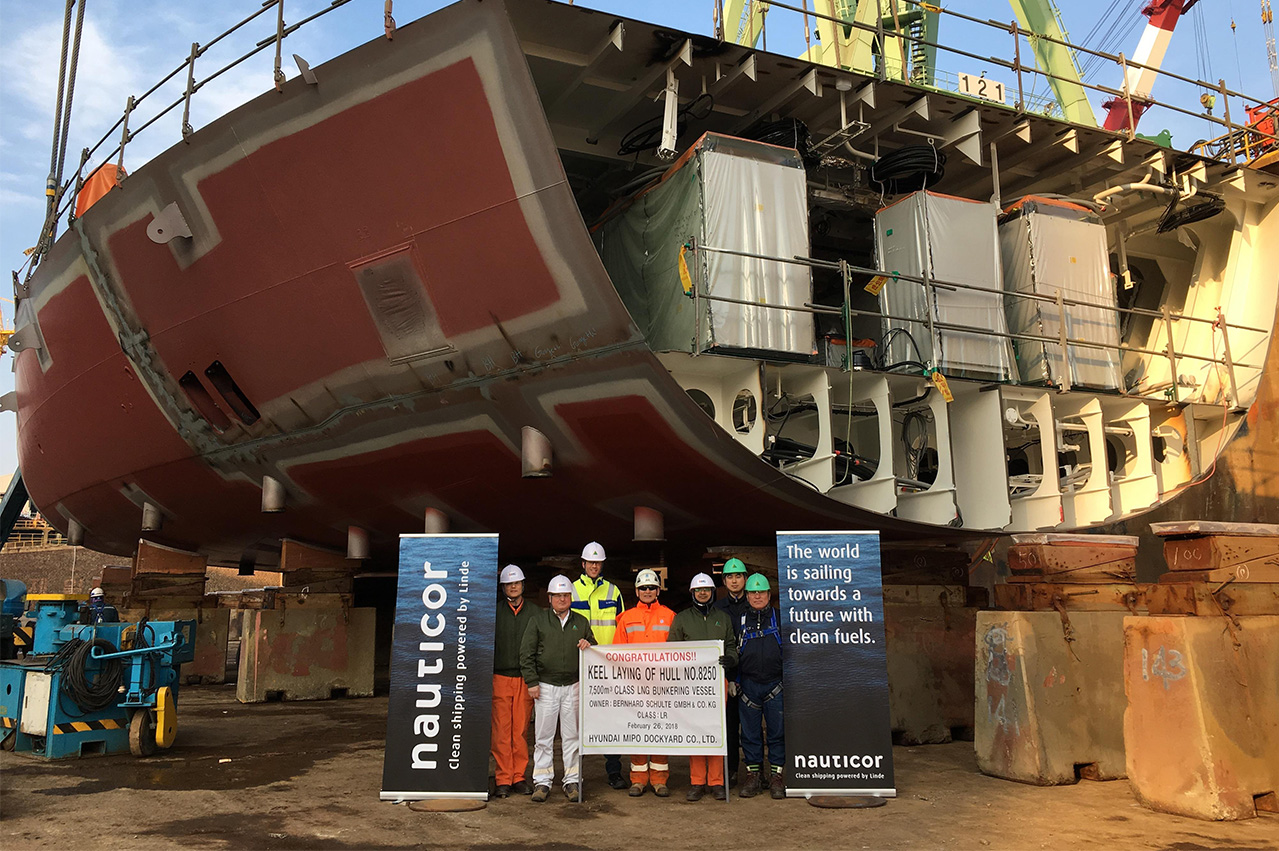 “The construction of the new LNG bunker supply vessel in South Korea is making visible progress,” it says.

Nauticor expects to take delivery of the vessel in the fourth quarter (Q4) of 2018.

“The vessel will then be used to supply LNG to the maritime customers of Nauticor – Clean shipping powered by Linde in Northwest Europe,” it notes.

Nauticor, formerly known as Bomn Linde LNG, in February set a record for the bunkering speed of LNG at Rotterdam port.

The LNG bunker supplier carried out the largest bunkering operation involving LNG as a marine fuel at the Elbehafen harbour in Brunsbuttel, Germany in the same month.

Company to be restructured into three parts, separating legacy drilling rig assets from its core operations, which will be leaner in terms of asset and manpower.

Operation was carried out on “Containerships Borealis” of shipping company Containerships, which is part of the CMA CGM group, in Cartagena, says Enagás.