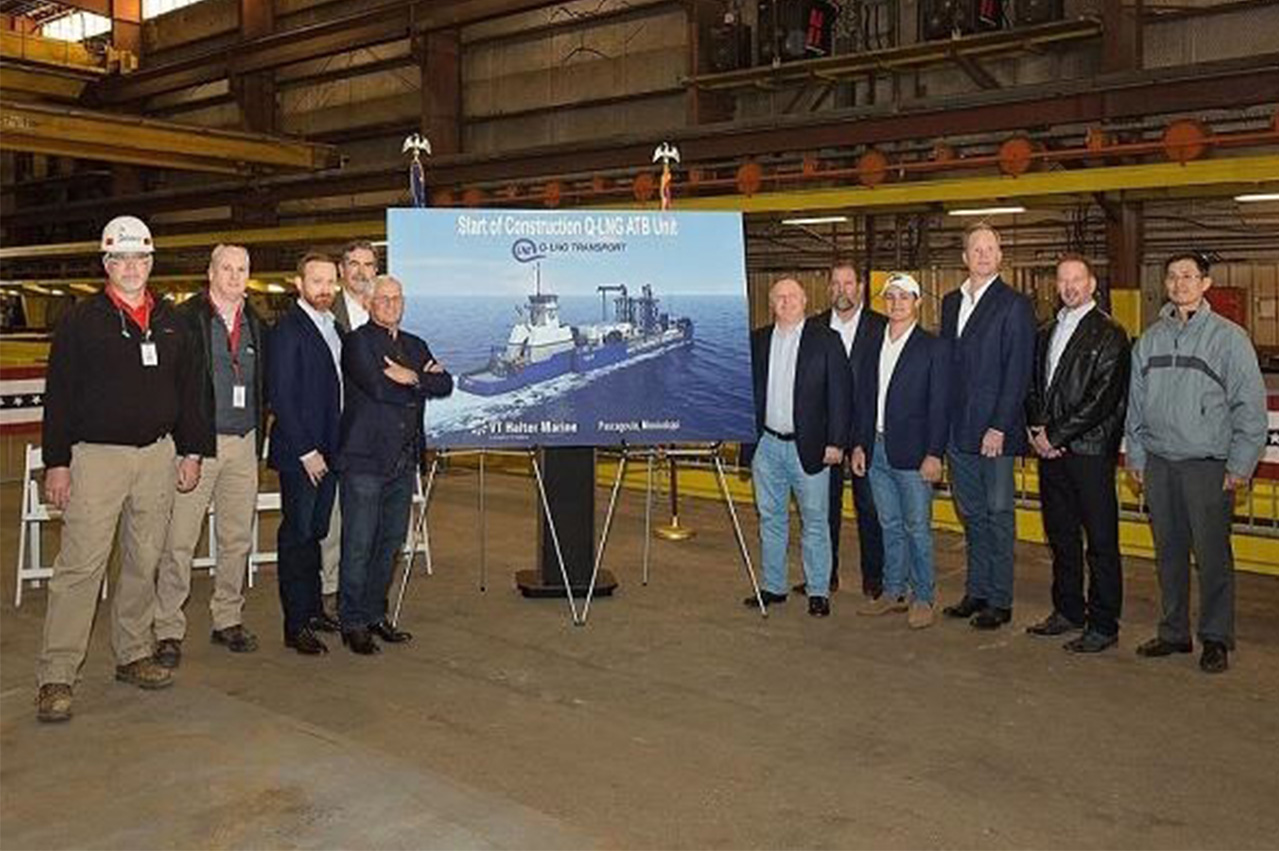 “We are honoured to be able to celebrate the official start of construction on the first LNG Bunkering ATB unit ever built,” said Rob Mullins, CEO of VT Halter Marine.

“We believe that this is a significant step towards the USA becoming the premier supplier of LNG as the environmentally friendly maritime fuel source of choice.”

The LNG bunkering vessel was ordered by Q-LNG Transport in November 2017 to fulfil a long-term contract with Shell Trading (U.S.) Company, to deliver LNG as a fuel source to various ports in Florida and the Caribbean.

“I’m looking forward to developing a long-term relationship with VT Halter Marine and the ATB project is only the beginning,” said Shane J Guidry, CEO of Q-LNG Transport.

“The cutting of this steel for America’s first LNG ATB bunkering vessel will pave the way for LNG to becoming the marine fuel of the future.”

The LNG ATB Unit is designed to meet the requirements of American Bureau of Shipbuilding (ABS) and the International Gas Carrier (IGC) code as an LNG bunkering barge.

Anticipated delivery of the first unit is in the first quarter of 2020.

The 23,000 TEU containership received around 17,300 m3 of LNG, making it the largest LNG bunkering operation to ever take place, said Total.

“Gas Vitality” will enter operational service in December 2021 and be based in the Port of Marseille-Fos, Southern France, to serve the Mediterranean region.