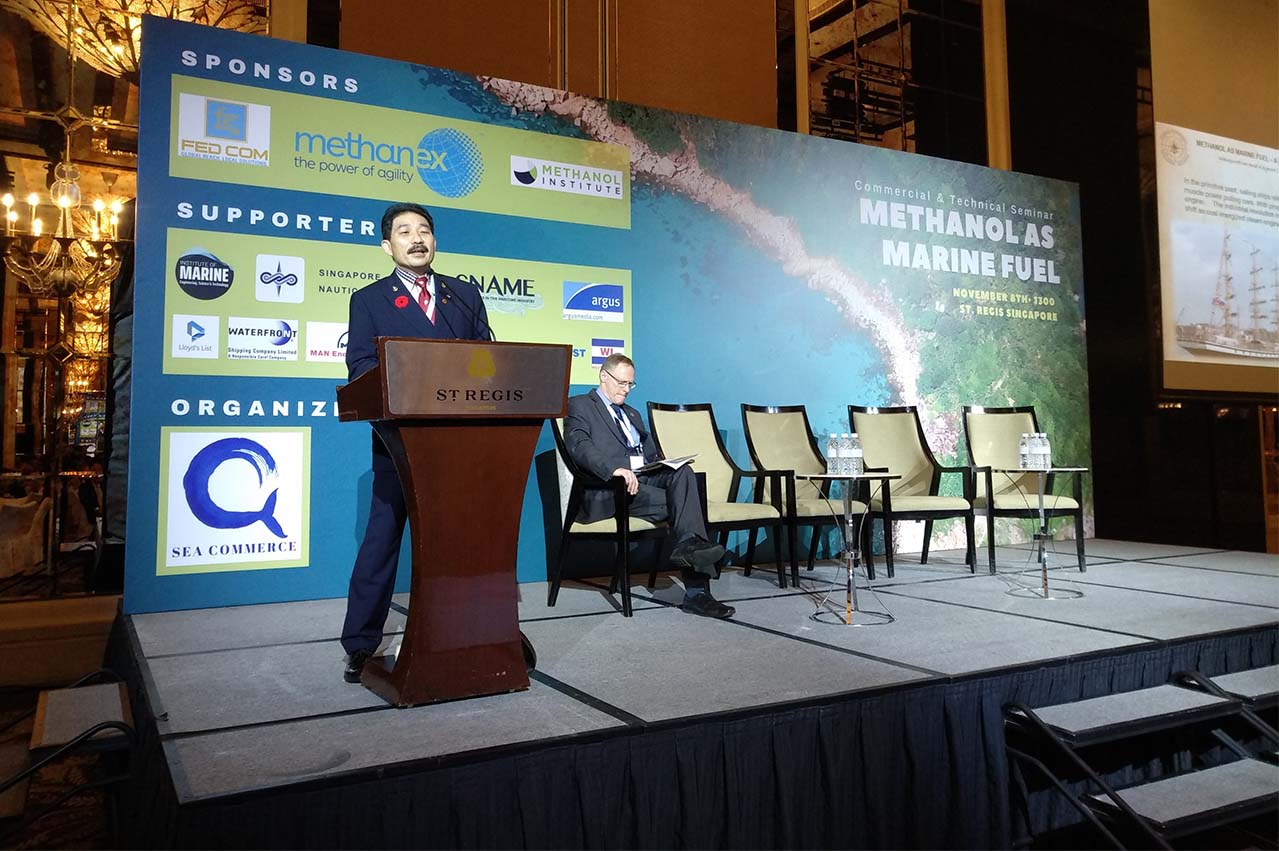 The commercial and technical seminar Methanol as a Marine Fuel was held at The St. Regis Singapore on Friday (8 November); the event was inaugurated by Captain Frederick James Francis, President of the World Maritime Heritage Society, and President of the Singapore Nautical Institute.

“In the primitive past, sailing ships relied on the wind speed and direction or muscle power pulling oars. With propelling machinery, firewood fuelled the engine,” said Captain Francis in his keynote speech at the event organised by Houston-based maritime consultancy Sea Commerce.

“The industrial revolution in the 19th century brought about a major shift as coal energised steam engines. The 20th century saw a shift towards a higher energy source for internal combustion engines.

“By the latter half of the 20th century, pre-eminence of petroleum products took centre stage with a higher level of dependence in the world’s economy.”

According to Captain Francis, research and development has improved propelling machinery and brought about more efficient fossil fuels, including non-oil based products and renewable energy sources such as hydroelectric, solar, wind, and others.

“This age of technology has seen the most comprehensive availability of fuel types for the ship owner. As the vessel’s fuel consumption is usually the most expensive operating expenditure, it is crucial to make the right choice,” he explained.

“Coal-powered ships no longer exist except for a few heritage vessels. The available fuel mix today includes a multitude of mineral oils, vegetable and animal based bio-fuels, emulsified fuels, LNG, ethane, methanol and to a lesser degree, hydrogen and battery power.”

While the switch of auxiliary engines from heavy fuel oil to diesel oil at berth has resulted in large emission reductions, the difference is not enough especially when there are cleaner fuels available.

As such, environmental activists and regulators are dampening the use of traditional fuel oils in favour of cleaner sources such as LNG and methanol.

“However, there is much to accomplish and with a weak economy, more hurdles to cross,” states Captain Francis.

“On a positive note, many ships today and over 80% of those on the order books are/will be able to accommodate dual fuels with engines that have the ability to be converted to run on gas.

“Use the RIGHT fuel. Every drop counts! Let’s do our bit to protect our environment and save our planet for our children and our children’s children.”

NOx emissions from biofuel might be higher than fossil diesel oils and the industry has limited knowledge on handling biofuels as part of their fuel supply, it said.