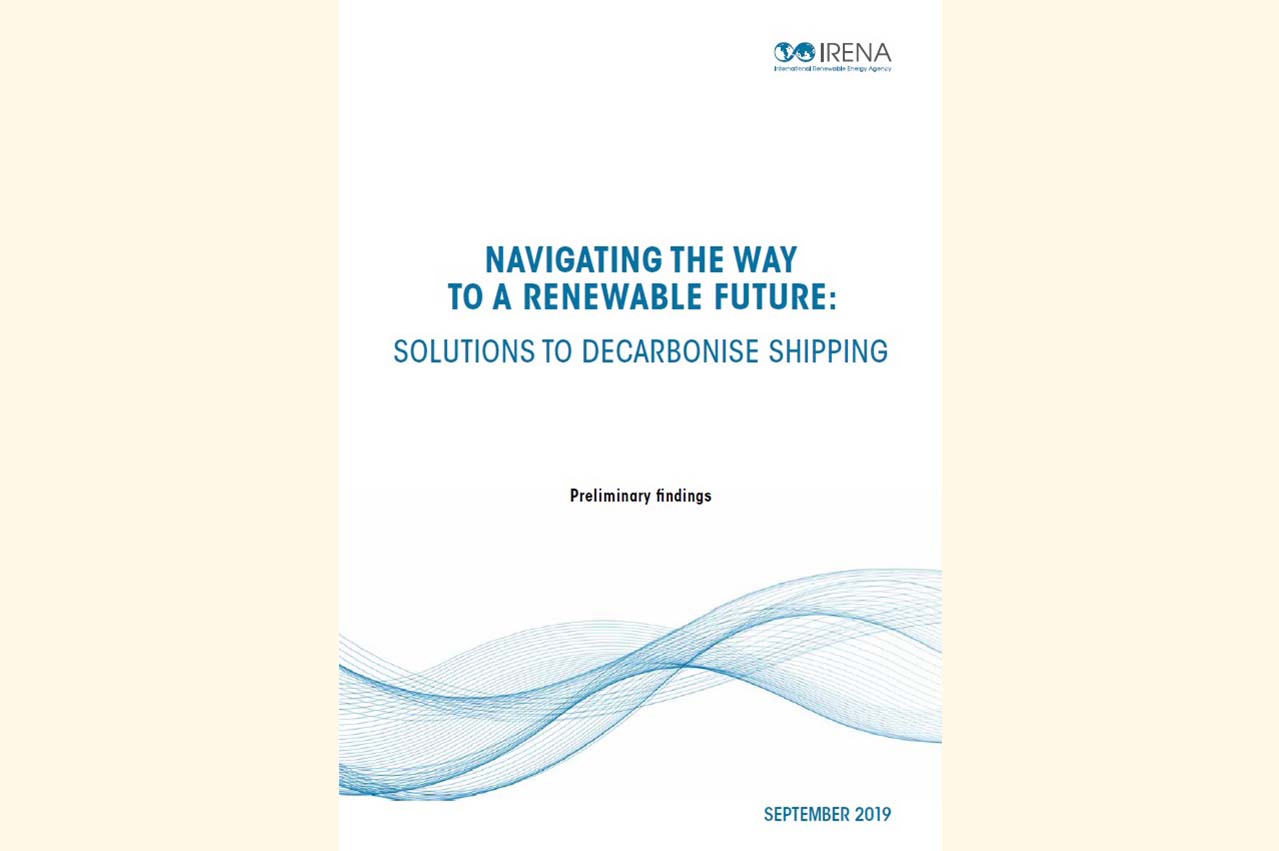 A report by the International Renewable Energy Agency (IRENA) has identified the shipping sector needing a combination of clean energy options and alternative fuels based on renewables in order to reduce carbon emission levels by half in 2050, when compared to 2008 levels, in line with IMO goals.

This includes a shift from fossil fuels to alternatives like advanced biofuels and hydrogen-based fuels, upgrading onshore infrastructure and practices during docking, electrification and reducing fuel demand by improving operational performance.

Ready-to-use biofuels, such as Bio-LNG, hold tremendous potential as a transitional fuel which could gradually replace fossil fuels. Other synthetic fuels being considered as potential replacements for conventional ones include methanol, hydrogen and ammonia.

The new types of fuels can effectively decrease, and even eliminate, emissions in the shipping industry if produced from sustainable feedstocks using renewable electricity i.e. producing hydrogen through electrolysis.

Although currently not economically competitive, in the medium- to long-term, alternative fuels are expected to become viable as their prices fall, adoption grows, and technology improves.

Yet, a shift from heavy fuel oil to a clean fuel would also include adjustments to the refuelling structure in around 100 ports which account for 80% of global freight and the retrofitting of around 25,000 ships.

Bulk and container carriers, as well as oil and chemical tankers, represent one quarter of the global shipping fleet and emit 85% of global shipping emissions. Seven ports are responsible for nearly 60% of the bunker fuel sales around the world. Singapore alone delivers 22% of today’s total bunkering.

Speaking at the launch of the report from the Global Maritime Forum’s Annual Summit in Singapore, IRENA Director-General Francesco La Camera said it’s clear that the industry has recognised the urgent need to address its decarbonisation options.

“Decarbonising transport is critical to a sustainable future,” said IRENA Director-General Francesco La Camera speaking at the launch of the report from the Global Maritime Forum Annual Summit in Singapore.

“Shipping is a major contributor to transport emissions and it is encouraging that the industry has shown a clear willingness to engage the energy sector to exchange ideas on low-carbon pathways.

“As the cost of renewables falls, the decarbonisation options available become increasingly competitive,” he continued. “By 2030 alternative low-carbon fuels could reach parity with heavy fuel oil, so it is vitally important that the ship industry prepares itself for a low-carbon future.”

The IRENA report can be downloaded from this link.

Growing number of enquiries from shipowners wanting to know more about methanol has prompted development, notes Founder and CEO of Powerzeek.