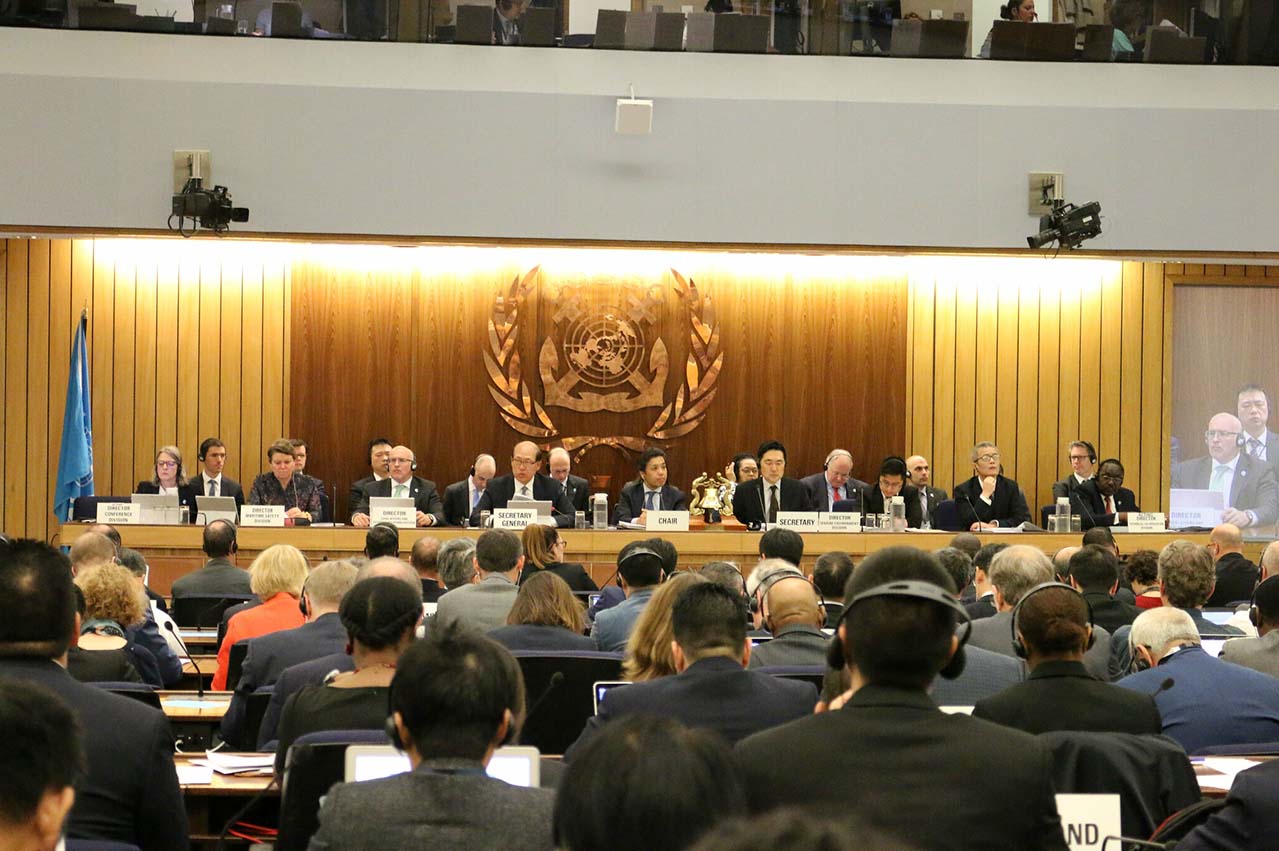 BIMCO on Monday (20 May) informed the shipping industry about several developments on scrubbers reached at the 74th session of the Marine Environment Protection Committee (MEPC 74) meeting which ended on Friday.

The meeting agreed on guidance for a malfunctioning scrubber and an investigation on scrubber washwater, notes Jeppe Skovbakke Juhl, Manager, Maritime Technology & Regulation at BIMCO.

“If the Exhaust Gas Cleaning System (EGCS) fails, and the ship is no longer in compliance with the sulphur-rules, the ship should change over to compliant fuel oil, if the EGCS cannot be put back into a compliant condition within one hour,” he notes.

“The failure should also be properly reported in the EGCS Record Book.

“The reason for a failure could be either a system error or a failure of a monitoring instrument, where the system malfunction cannot be rectified.

“There are several different designs of marine exhaust gas cleaning systems that remove sulphur oxides from ship’s engine and boiler exhaust gases. The troubleshooting may therefore vary among the EGCS manufacturer.”

Meanwhile, Juhl informs MEPC has agreed to task its sub-committee on Pollution Prevention and Response (PPR) to look into the discharge from open-looped scrubbers, in particular the environmental impact of the washwater.

“During the meeting, several delegations expressed some fundamental concerns whether a scrubber system could constitute a more favourable treatment of ships equipped with a scrubber system (or Exhaust Gas Cleaning System), compared to ships using compliant fuel,” he updates.

“Today, the industry is faced with many new national or regional rules on the water discharges from scrubbers. These rules are increasingly restricting – or even prohibiting – ships from discharging scrubber washwater certain sea areas – such as ports, estuaries and coastal areas. Hence, as part of the work, PPR is tasked to evaluate and possibly harmonize the rules and guidance on the discharge of washwater from scrubbers.

“This is not an issue that will be decided soon, as finalization is expected in 2022.”

Country will offer subsidy of NTD 5,000 to all vessels using compliant marine fuel at its ports from 1 February, 2018.

‘It’s not going to be right from day one,’ notes Federal Transport Authority Chairman in a Bloomberg interview.

Tokyo and Paris MoUs: Prohibition on the carriage of non compliant fuel

Emphasis placed on requirements entering into force on 1 March 2020, prohibiting the carriage of non-compliant fuel for use on ships not equipped with EGCSs.