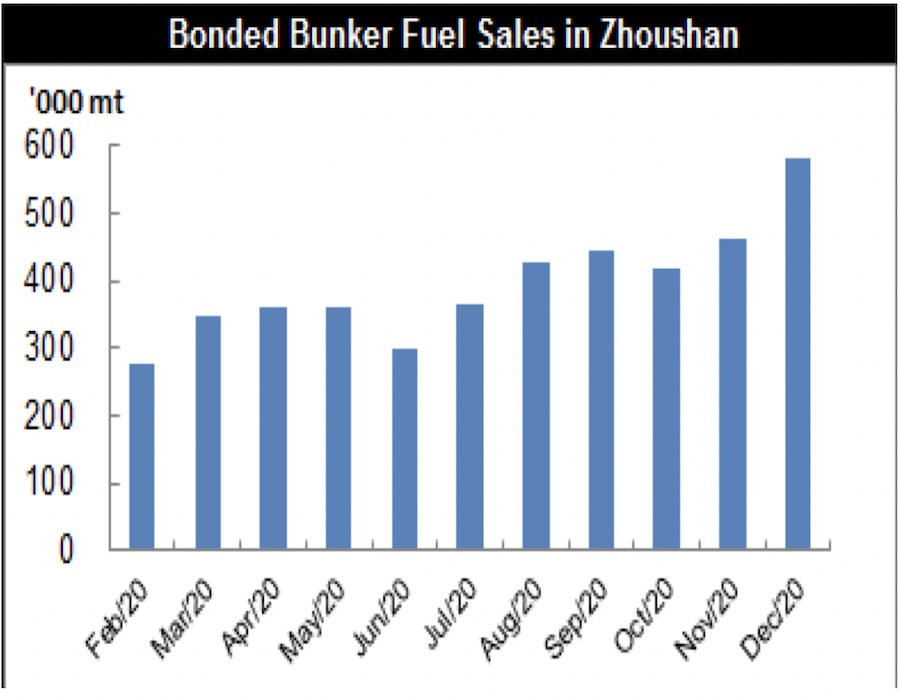 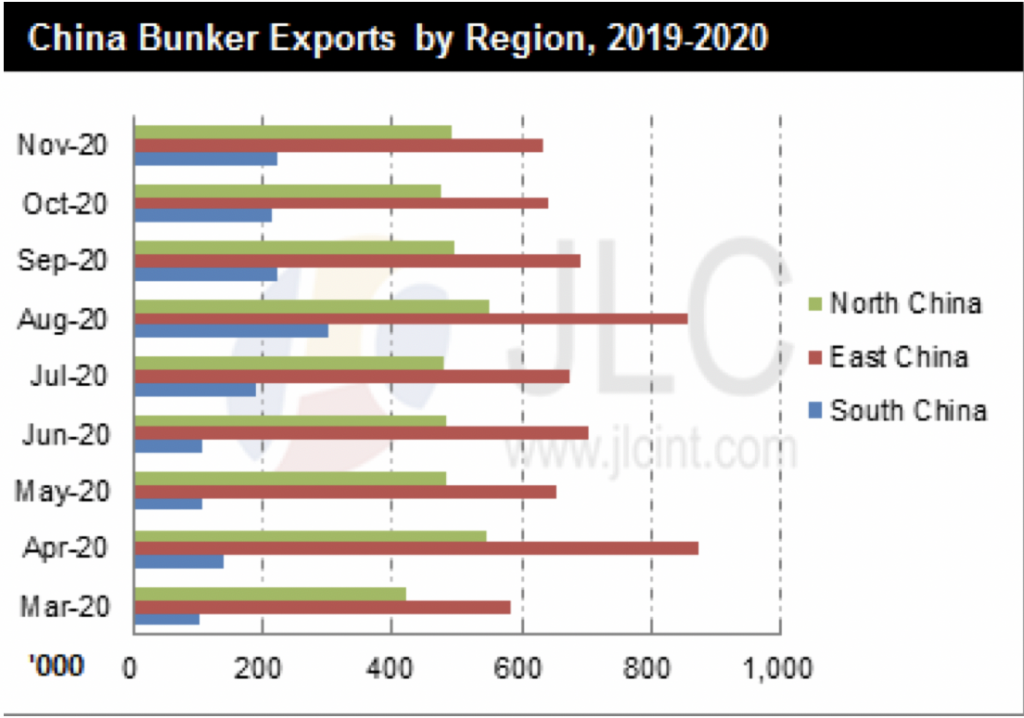 Chinese blending producers supplied a total of around 380,000 mt of heavy bunker fuel in December, a rise of 30,000 mt or 8.57% month on month, JLC data showed. In December, low-sulfur residue oil supply rose, especially the supply in the northeastern region. However, blended bunker fuel supply in East and South China was thin on tight supply of asphalt there. Trades were active, supported by firm international crude prices. Due to tight supply of tax-included products, some downstream users fixed their purchasing prices in advance. Light bunker fuel supply was about 140,000 mt, up by 10,000 from November as refiners kept high operating rates, despite narrowing refining margins. 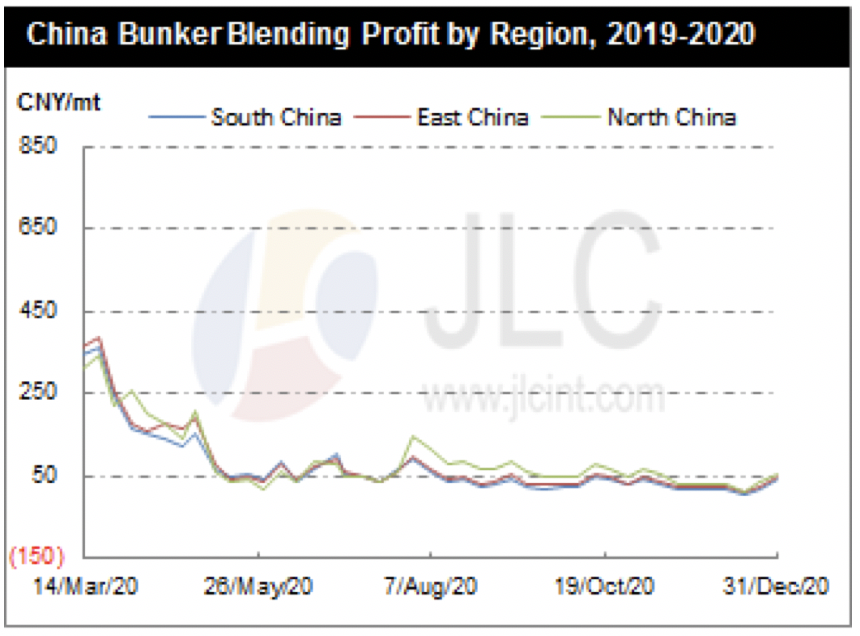 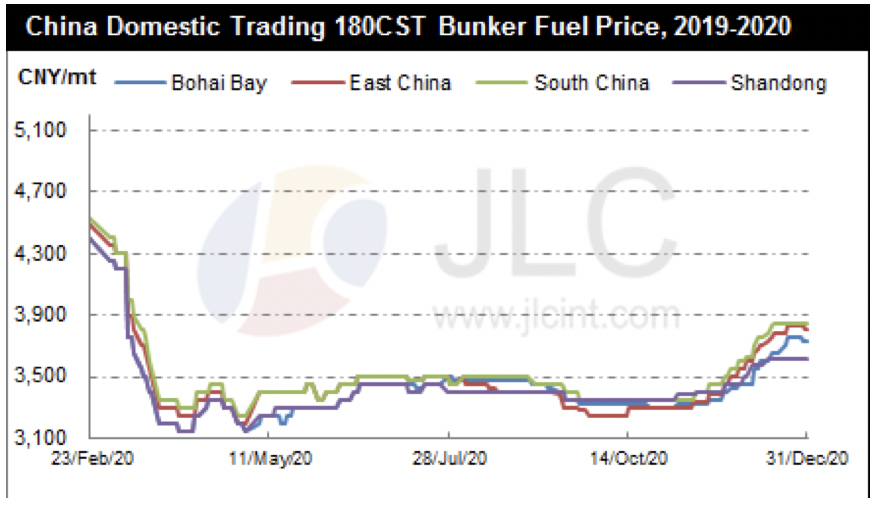 All rights reserved. No portion of this publication may be photocopied, reproduced, retransmitted, put into a computer system or otherwise redistributed without prior authorisation from JLC.

Contrary to media reports, the vessel remains afloat and is being attended to by a salvage vessel, it states.

Development in line with refinery and industry’s readiness to supply IMO 2020 compliant bunkers, it says.