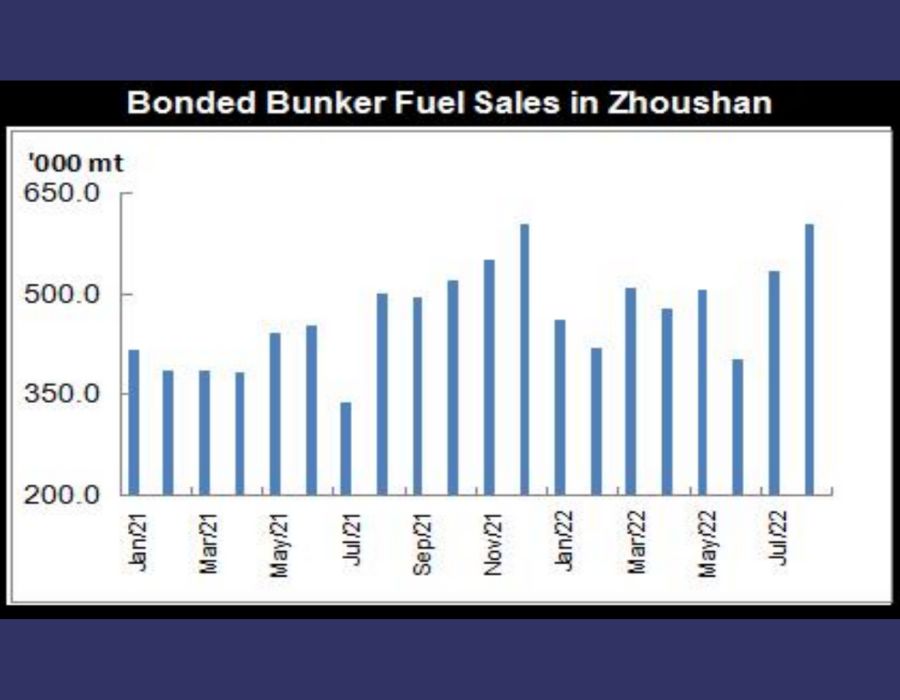 China recorded approximately 1.69 million mt of bonded bunker fuel exports in July 2022, jumping 12.06% month on month, according to data from the General Administration of Customs of PRC (GACC).

State-owned enterprises exported roughly 1.45 million mt of bonded bunker fuel over the month, making up 85.44%, while the exports by local independent enterprises rose to 246,700 mt, accounting for 14.56%. 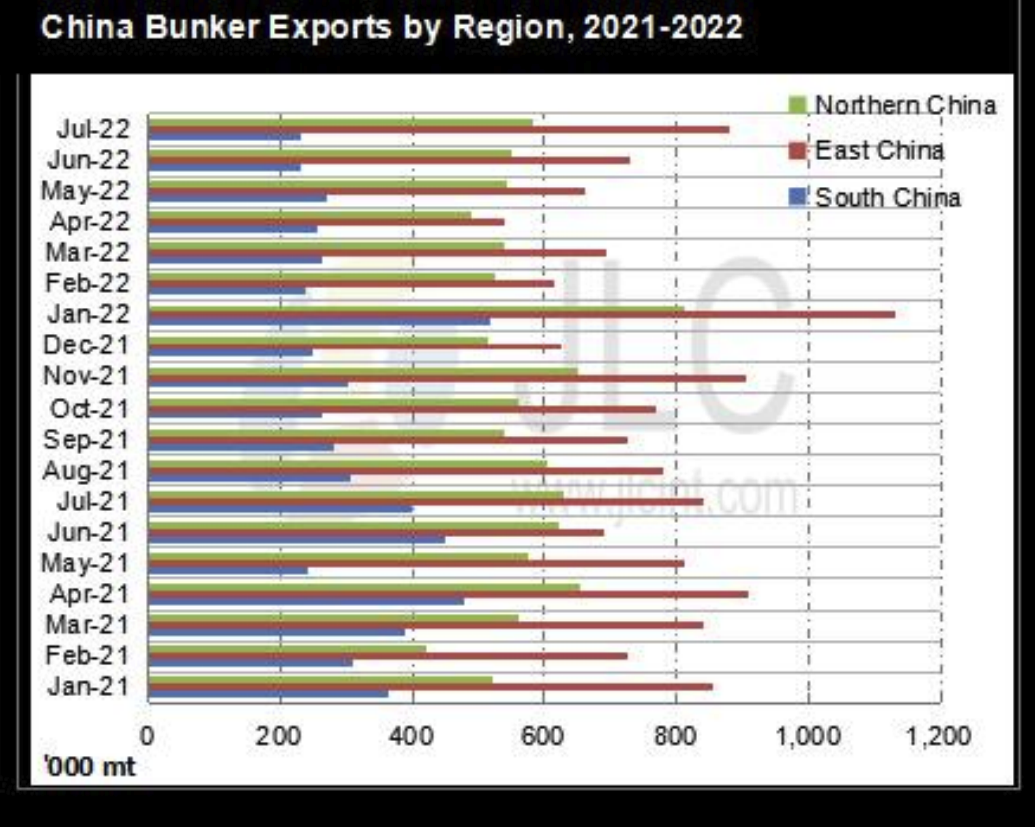 Domestic-trade heavy bunker fuel demand stabilized at 400,000 mt in August, as the consumption in the shipping market was relatively steady. The majority of market participants stood on the fence when bunker fuel prices remained high, resulting in light trading and limited new contracts. On the other hand, the demand for light bunker fuel ascended by 10,000 mt or 6.67% to roughly 160,000 mt in the month. Despite downward pressure from high temperatures and rising diesel prices, the demand for light bunker fuel was still supported by rigid demand.

China’s bonded bunker fuel imports sharply slumped in July, amid a surge in the output of low-sulfur fuel oil (LSFO) and a decline in domestic bunker fuel prices.

Encouraged by the release of this year’s third batch of LSFO export quota and still good margins, Chinaramped up its production of LSFO during the month, relieving the ongoing supply tension to some extent. As a result, the country slashed its bonded bunker fuel imports when the booming production managed to meet more domestic demand.

In addition, China’s bunker fuel prices kept sliding over the month, making domestic bunker fuel prices more competitive. At the same time, certain market participants who were pessimistic about imported LSFO prices reduced their procurement of imported low-sulfur resources because they thought that prices would continue to dip in the short run. 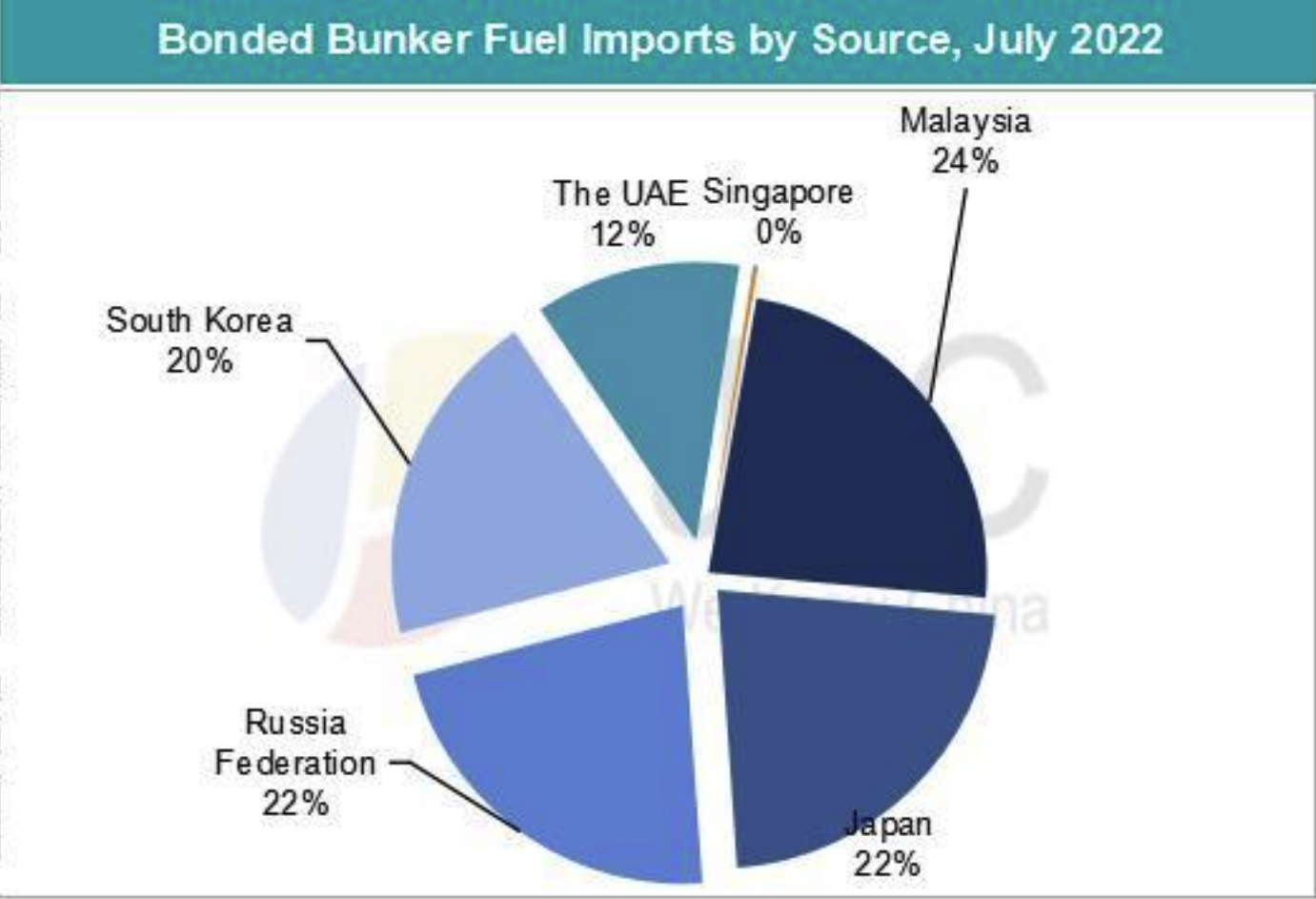 In detail, the supply of low-sulfur asphalt, an important blendstock for heavy bunker fuel, increased in the month as blenders were keen to make purchases. However, the supply was inadequate in some regions, including Sichuan, due to the power rationing. The supply of shale oil also increased, while that of coal-based diesel and light coal tar tightened. 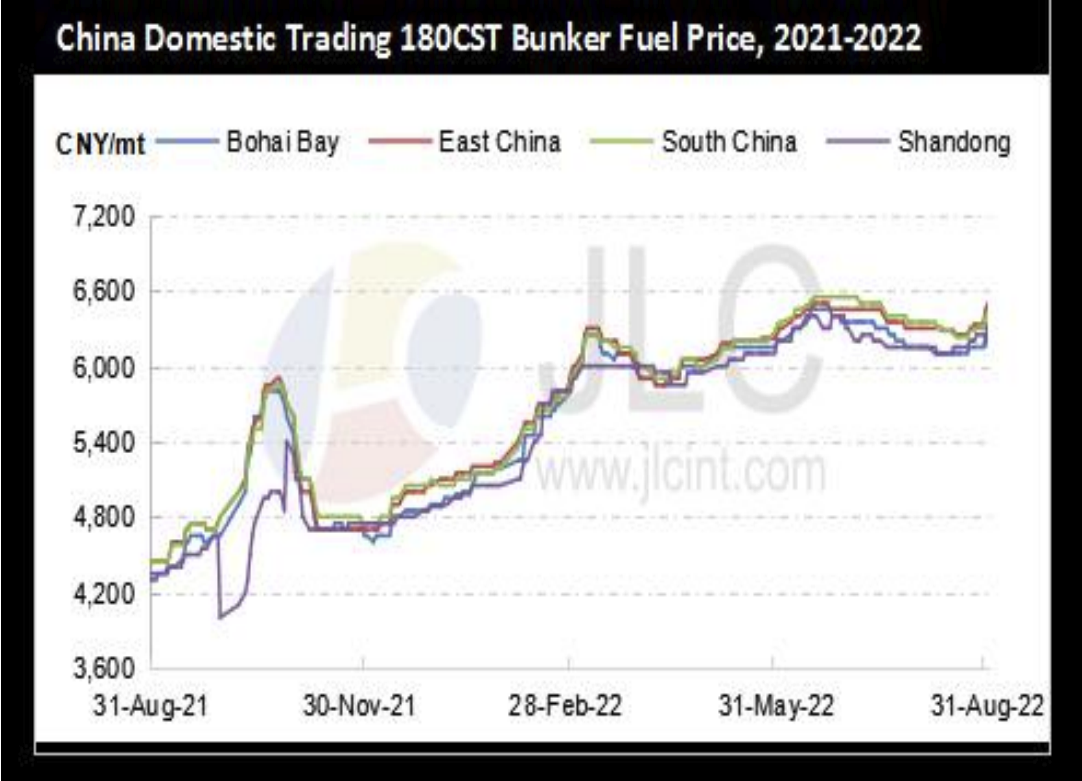 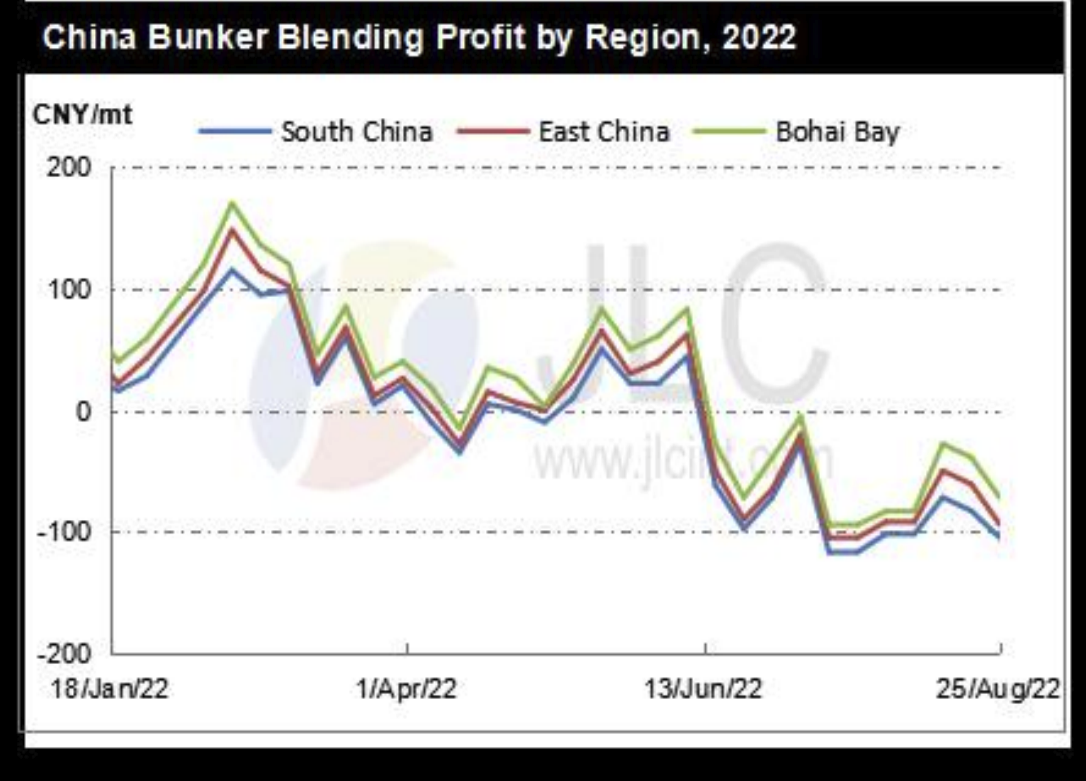 Creditors are to produce proofs of debt to liquidators KPMG Singapore by 21 February 2022, according to latest notice on the Government Gazette.

‘A fuel standard addressing ships instead of fuel suppliers will be hard to enforce and may not deliver its environmental objectives,’ says ECSA Secretary-General.