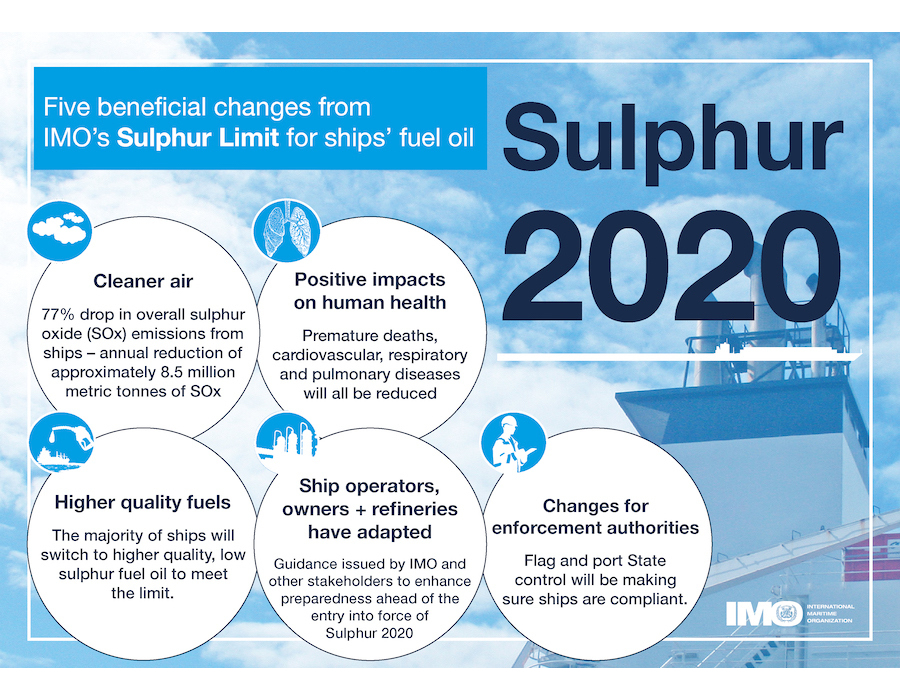 The International Marine Organization (IMO) on Monday (2 March) started the enhancement of the IMO 2020 regulation from 1 March 2020, with  entry into force of a ban for the carriage of non-compliant fuel oil.

The IMO 2020 regulation limits sulphur in ships’ fuel oil to a maximum 0.50%. It has been in force globally since 1 January 2020, under IMO’s MARPOL treaty, with benefits for the environment and human health from a reduction in sulphur oxides in the air.

The complementary International Convention for the Prevention of Pollution from ships (MARPOL) amendment prohibits the carriage of non-compliant fuel oil for combustion purposes for propulsion or operation on board a ship – unless the ship has an approved exhaust gas cleaning system (“scrubber”) fitted.

The amendment does not change in any way the 0.50% limit which has been in force since 1 January 2020.

It is intended as an additional measure to support consistent implementation and compliance and provide a means for effective enforcement by States, particularly port State control.

GSF encourages shippers to challenge the basis of any VLSFO surcharge

Shippers need to make sure they understand exactly what they are being asked to pay extra for by carriers.