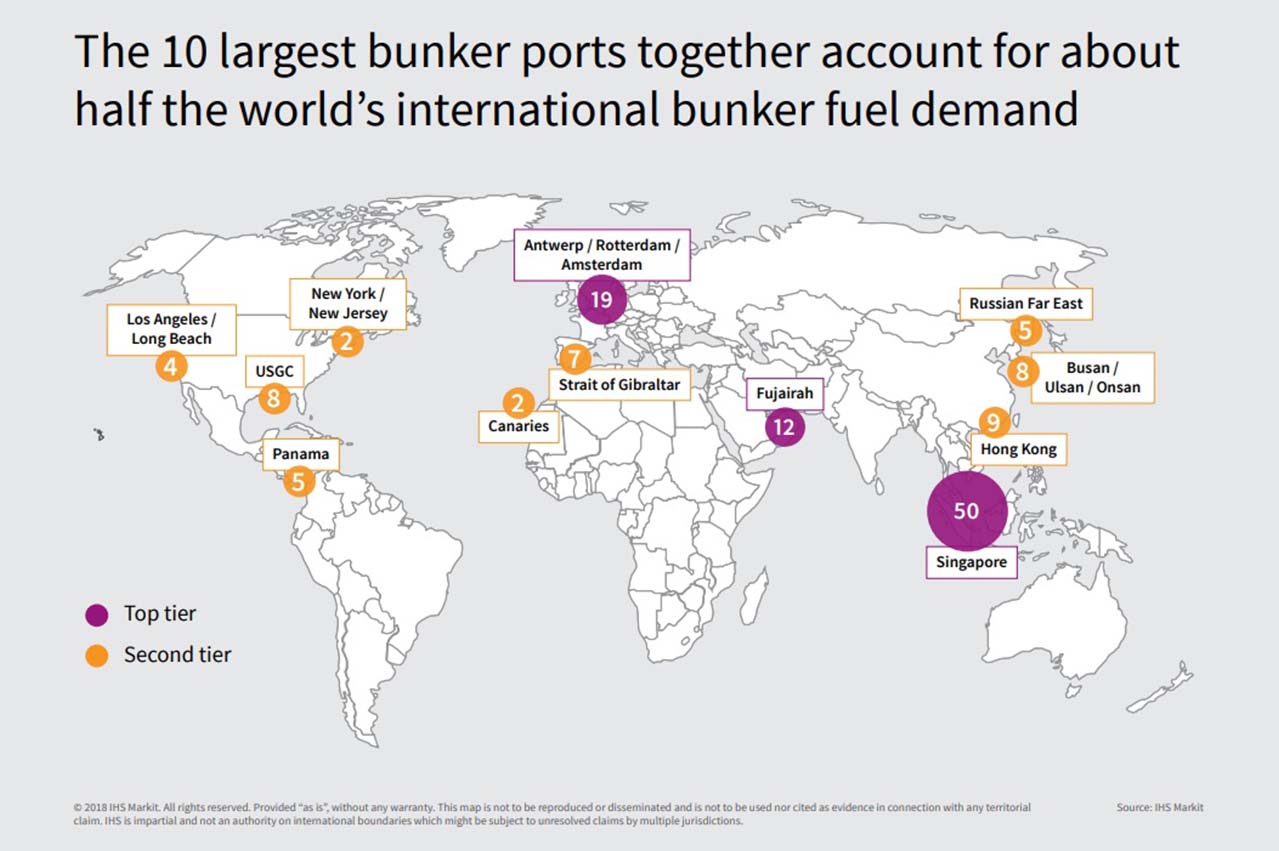 A research paper by IHS Markit has found the refining and shipping industries ill-prepared for a massive change in the IMO 2020 fuel regulation to cap the limit of sulphur content in marine fuel from the current 3.5% to 0.5% in 2020.

First announced by the IMO in 2008, the IMO confirmed in 2016 that global refiners and shippers would have to comply with these new environmental regulations by 2020—five years earlier than many anticipated.

The 2016 decision sent tidal waves through two industries that typically take many years to adapt to such significant change that requires tens of billions in investment, said IHS Markit.

The new report, titled Navigating Choppy Waters: Marine Bunker Fuel in a Low-Sulfur, Low-Carbon World, says that compliance remains the greatest uncertainty with the new regulation and that there is concern whether sufficient supplies of compliant fuels will be available in the world’s many ports.

The result will be higher freight costs for most cargoes—including electronics, autos, petrochemicals and even cruise ship fares. Ultimately, those costs will be passed to consumers.

“Shippers will face significant compliance costs to either upgrade equipment or switch to more expensive, cleaner fuels,” said Spencer Welch executive director, oil, midstream and downstream for Europe, CIS and Africa at IHS Markit, and manager of the study.

“Refiners – and fuel buyers – will experience significant price impacts as they shift production to deliver greater volumes of very low-sulfur fuel oil (VLSFO) and find a market for their less valuable fuels.”

“The IMO is taking positive action to address shipping pollution, but the rapid pace of the implementation of this new regulation is making it very challenging for the refining and shipping industries to respond,” said Sandeep Sayal, vice president of downstream research at IHS Markit.

“The global scope, the significant uncertainty in fuel-formulations, and the volume of new lower-sulphur fuel demand, are causing a scramble.”

The IMO has signalled that it plans to take enforcement of the new regulation—which goes into effect January 1, 2020—seriously. Non-compliant vessels could suffer loss of charter to sail. And major insurance companies have also indicated compliance assurance would be essential to vessel insurability.

However, IHS Markit researchers expect on-board ship scrubbers, devices that clear harmful pollutants from exhaust gas, will be the primary compliance path for larger ships which could continue to burn cheaper, higher-sulphur fuels.

Until those scrubbers can be installed—which for numerous ships will not happen before the IMO January 2020 deadline, many ships will have to burn the more expensive, IMO-compliant VLSFO fuels.

“We estimate between 5,000 and 10,000 ships will undergo scrubber installation at a cost of between $2 million and $7 million each, plus increased operations costs,” said Krispen Atkinson, senior consultant, IHS Markit maritime & trade research.

“To date, the industry has spent or committed more than $6.6 billion to fit more than 2,000 ships with scrubbers.”

Other ships will convert to compliant fuels with sulphur levels below 0.50 percent. But those ship owners will see fuel costs escalate significantly due to the higher-quality fuel required and may face fuel compatibility issues, IHS Markit said.

Refiners will produce more distillates (higher-value components derived from crude) as new demand arises, with about half of the new compliant fuel coming from non-distillate sources within the refinery, but the remaining 50 percent will need to be sourced from refinery distillates.

However, these same distillates are also needed for other growing diesel markets. As a result, refiners will likely have to make significant operational changes and ultimately invest billions to shift their existing product slates, increasing costs and distillate prices (relative to crude oil prices).

“Highly complex refineries, which have the flexibility to convert various grades of crude oil into a wide range of refined products to meet market demand, will benefit most from the IMO-specification change,” Welch said.

ICS ‘concerned’ over safety and availability of compliant fuels in ports

‘This is a pressing issue,’ says Secretary General of ICS in message to the shipping industry and its regulators.

‘There is not really a best-before-use date… the stability of our fuel can be good for one year,’ says ExxonMobil.