ICS: No place for LNG or biofuels in 2050 scenario 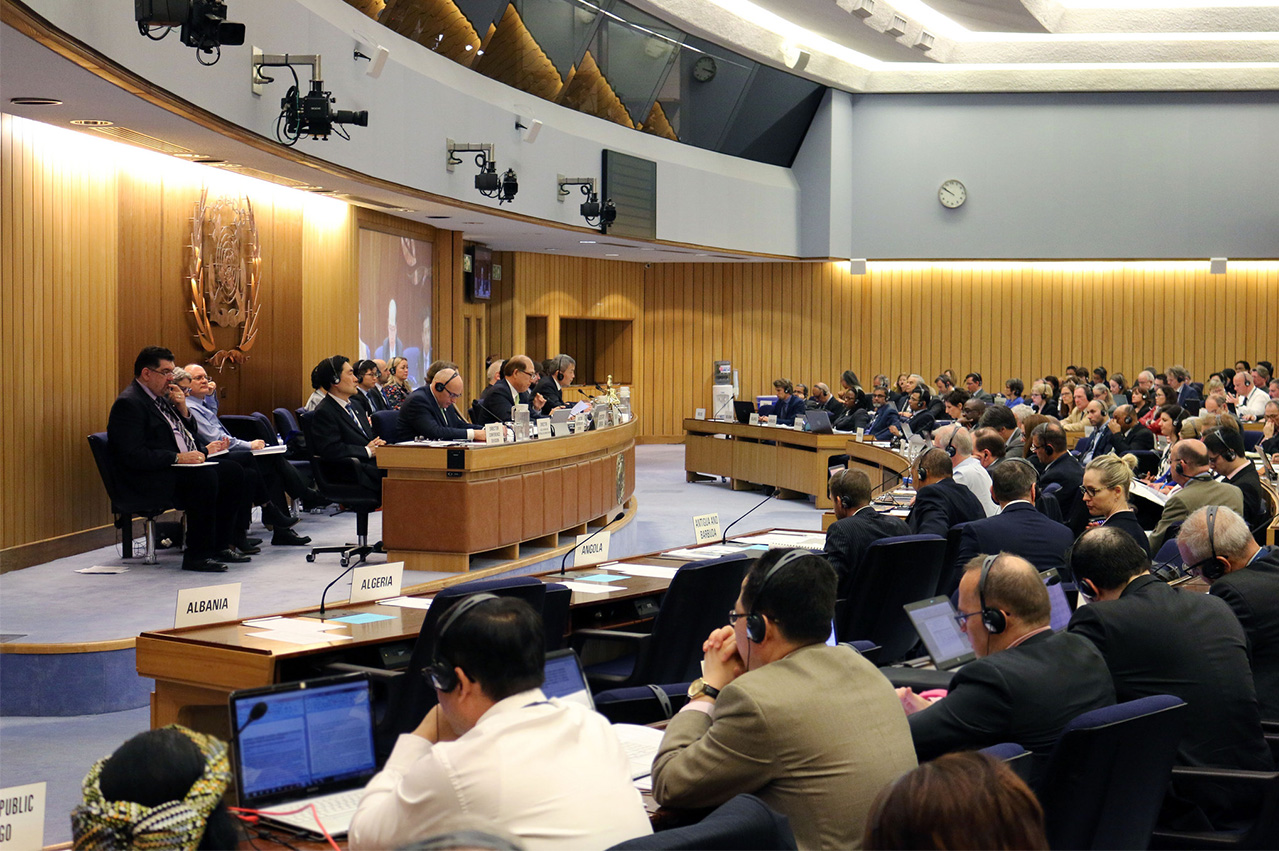 The use of liquefied natural gas or biofuels by the shipping industry as fuels are only an interim solution to meet the International Maritime Organization (IMO)’s greenhouse gas target by 2050, believes the International Chamber of Shipping (ICS).

IMO is planning for a 70% efficiency improvement as an average across the fleet, and a total CO2 cut by the sector of at least 50% by 2050.

“These targets can realistically only be achieved with the development and global roll out of genuine zero CO2 fuels,” said ICS Deputy Secretary General, Simon Bennett, at the Summit of Transport Ministers hosted by the OECD International Transport Forum in Leipzig.

“To be clear, zero CO2 fuels means radical and as yet unproven technologies such as hydrogen fuel cells using ammonia or methanol, or batteries powered using renewable energy.  While LNG or biofuels will play an important part in the transition we only really see these as interim solutions that won’t deliver the ambitious targets which IMO has now set for 2050.
“While we are confident new zero CO2 technologies will eventually deliver they are not yet fully ready for maritime application, and certainly not yet for deep sea trades.”

According to Bennett, the development of new zero CO2 technologies will require co-operation between all relevant stakeholders particularly shipbuilders, engine manufacturers and classification societies, which are the repositories of the industry’s technical knowledge.

The IMO, meanwhile, will need to develop a framework for governments to work within for pure research into new propulsion systems while “some compromises” may be needed to kick start new technologies.

“For example, in order to develop hydrogen propulsion systems, and gain experience of the serious technical challenges, we may need to initially permit use of hydrogen that is still derived from fossil feedstock rather than renewables, a technology which is not quite there yet, though probably not insurmountable in the longer term.”

With regard to short term measures, Mr Bennett says the industry recognizes that there is a political need among many governments for new IMO regulations that will start achieving further CO2 reductions from the sector before 2023, so that the industry stays on track to improve efficiency, as an average across the sector, by at least 40% by 2030, as also agreed by IMO.

“We are particularly focused on further improvements to the Energy Efficiency Design Index (EEDI) for new ships which already requires a 30% efficiency improvement for ships built in 2025 compared to 2013, perhaps moving forward the implementation dates that currently apply for certain ship types such as containerships.”

“ICS is open to how shipowners can best optimize speed management and also use efficiency indicators to improve ship performance, possibly through strengthening the existing mandatory requirement for ships to use a Ship Efficiency Management Plan, perhaps linking this to some kind of mandatory external audit.

“However, we are very nervous about measures which will be far too complicated to administer and which may cause serious distortion to shipping markets, such as publishing supposed operational efficiency indicators for individual ships that have no relation to actual CO2 emissions in real life.”

Mr Bennett added, “At the moment we believe the IMO strategy can best be delivered with technical measures alone. We don’t think we need the smoke and mirrors of market based measures or the purchase of carbon offsets to compensate for emissions which the sector is quite capable of reducing itself in line with the targets now agreed by IMO.”

Investments will advance technologies to create replacements for petroleum fuels used in heavy-duty forms of transportation targeting a net-zero emissions economy by 2050.

A VIB, which contains an electrolyte made from a mixture of water and ground vanadium, is fundamentally free from the risk of explosion or fire.