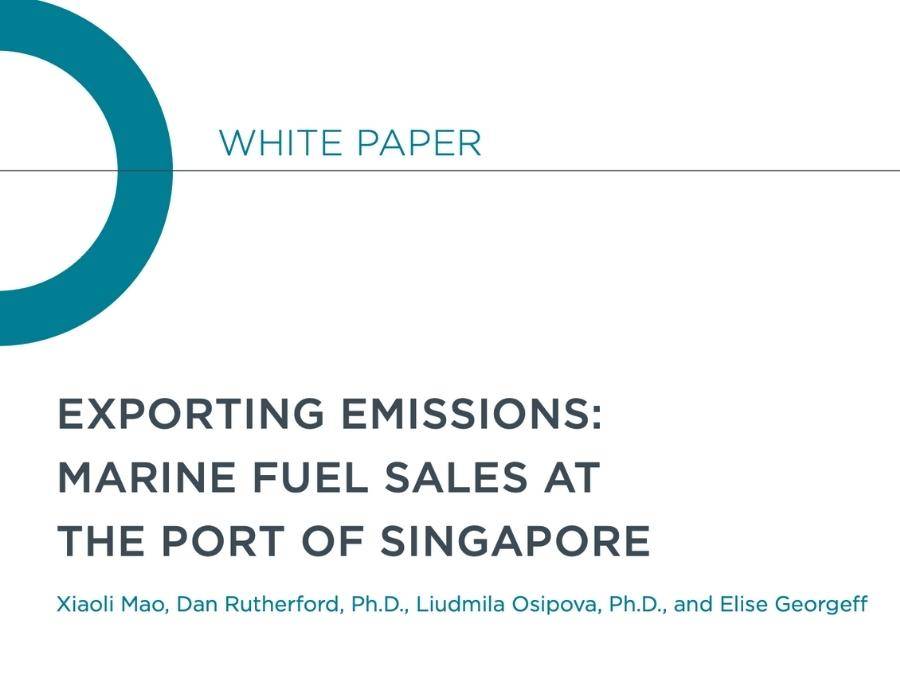 The study said Singapore accounted for about one-fifth of reported marine fuel sales globally in 2019.

If Singapore accounted for GHG emissions associated with the residual fuel it sells, its total climate impact would be four times higher than its national inventory implies, resulting in per-capita emissions six times greater than the global average.

This was one of the key findings of the study in the working paper Exporting Emissions: Marine Fuel Sales at the Port of Singapore, which was written by authors Xiaoli Mao, Dan Rutherford, Liudmila Osipova and Elise Georgeff. 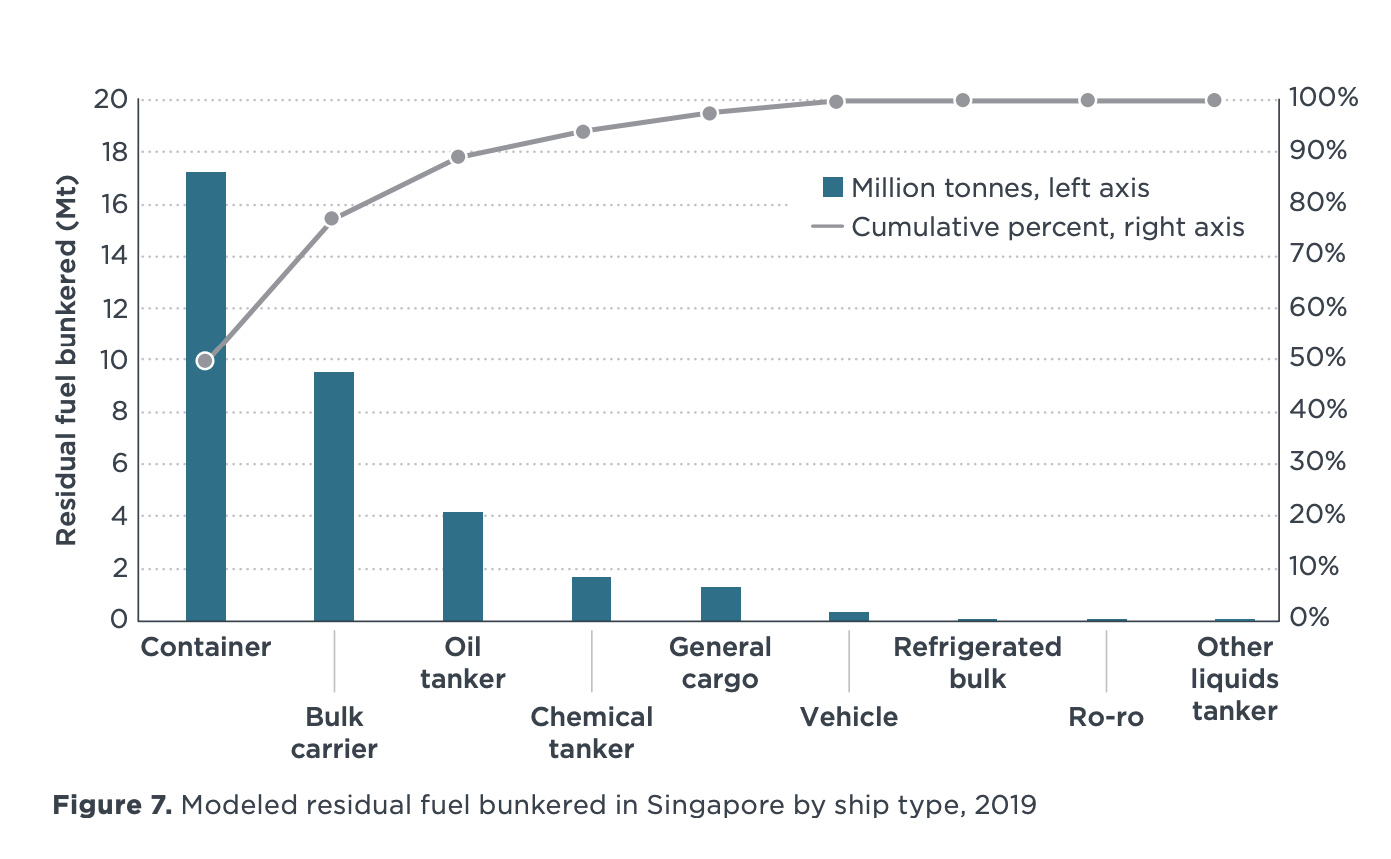 The paper developed a new method to identify how and where ships bunker fuel and then uses data from 2019 to track the resulting air and water pollution worldwide.

“In doing so, we improved our understanding of the magnitude and distribution of emissions from international shipping. This better understanding of present bunkering practices can help guide decisions about how to transition to alternative marine fuels,” it said.

In the seas surrounding Southeast Asia, marine residual fuel sold in Singapore accounts for more than 42% of all shipping PM2.5,. Hot spots are also seen in the South China Sea, the Indian Ocean, and throughout Oceania, including along the western and southern coasts of Australia.

The paper found Singapore ranking low in terms of absolute emissions, owing to the small size of its EEZ, but high in terms of relative contribution of PM2.5 (35%) and NOx (29%) from ships burning residual fuel bunkered in Singapore. Other neighboring countries, including Malaysia (37% of shipping PM2.5), Vietnam (30%), Sri Lanka (25%), Indonesia (23%), and India (22%), are also heavily impacted by Singapore marine fuel sales. 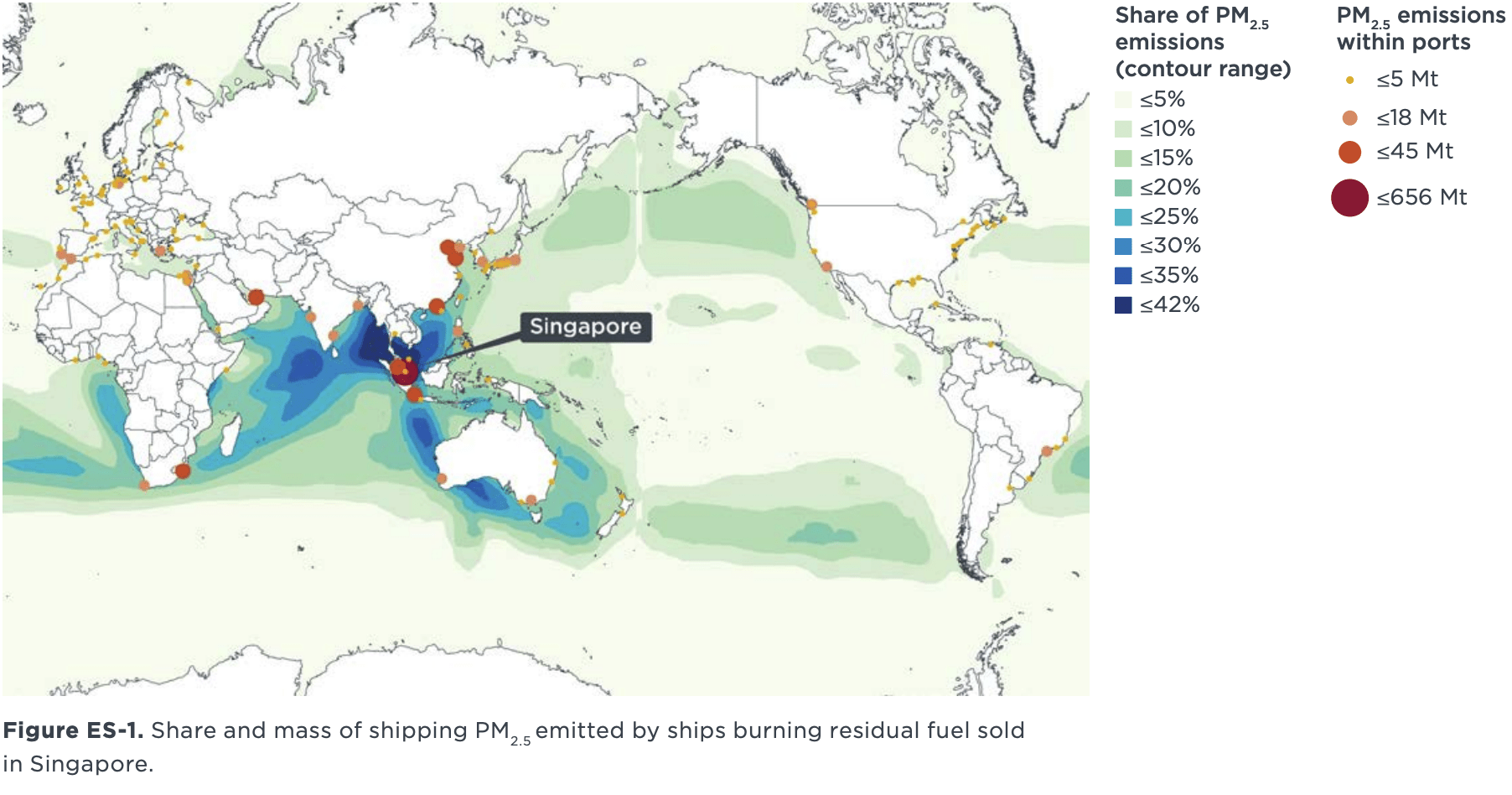 It further highlights Singapore’s marine fuel sales contribute even more heavily to scrubber washwater discharges than for PM2.5 and NOx. 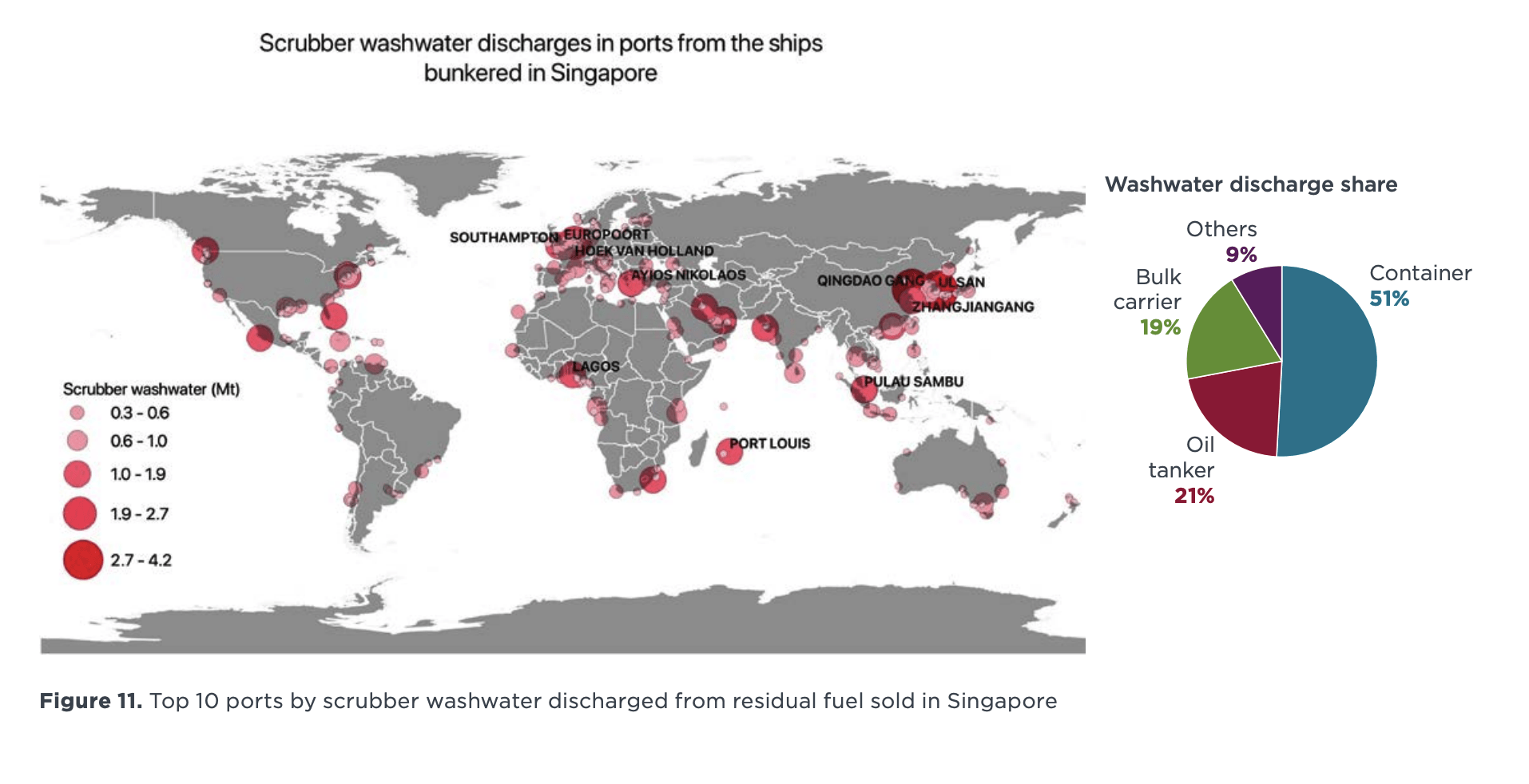 “For the most heavily impacted regions – Vietnam, Malaysia, Sri Lanka, India, China, and Singapore itself – marine fuel bunkered in Singapore is responsible for at least 40% of all scrubber discharges in their EEZs despite scrubber washwater discharge bans in some countries,” read the paper. The paper drew three main conclusions including Singapore needing to transition to low-carbon bunkering if it wants to remain an important bunkering port.

It elaborates that any investments in bunkering infrastructure for LNG, which provides limited, if any, life-cycle GHG reduction relative to fossil bunker fuel, should be reviewed.

The paper also noted that Singapore could expand investments into “green” marine fuel development and support international efforts to transition away from fossil fuels, including continued work on a global carbon tax for marine fuels and the development of a Low GHG Fuel Standard (LGFS).

Note: The full copy of “Exporting Emissions: Marine Fuel Sales at the Port of Singapore” can be read here.

MAN ES: Methanol expected to take up to 30% of dual fuel engine orders in a few years