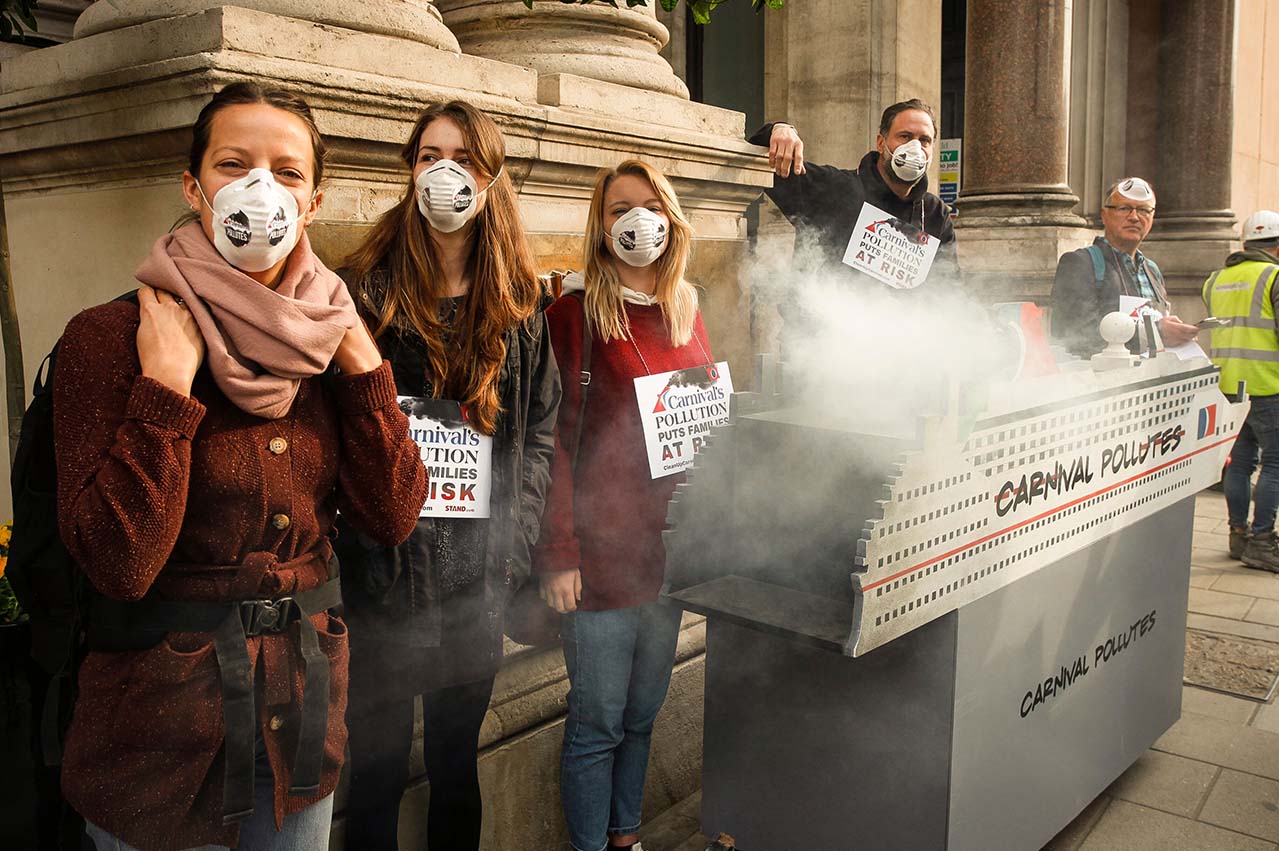 A letter to the International Maritime Organization (IMO) signed and submitted by ten international non-governmental organisations (NGOs) on Monday (14 May) has called for the temporary prohibition on the use of scrubbers by the shipping industry as an alternative compliance mechanism for current Emissions Control Areas and looming 2020 fuel sulphur standards.

They used the example of a U.S. federal felony criminal case against Carnival Corporation that demonstrated the use of EGCS systems failed multiple times, leading to significant air and water pollution violations.

“As Carnival Corporation’s criminal debacle has shown, EGCS are not the answer to delivering air pollution reductions for the shipping sector,” said Kendra Ulrich, Senior Shipping Campaigner at Stand.earth.

“We are calling on the IMO to take the lead on avoiding the inevitable failures and resulting environmental and health impacts of scrubbers by putting in place a moratorium while the IMO reviews the technology’s marine and air pollution impacts.

According to Stand.earth, Carnival Corporation is in legal trouble in the United States, following environmental violations committed during its first year of probation, for seven felonies it pleaded guilty to in 2016.

Dozens of the violations were incidents relating to the use, or failure, of EGCS. These violations were not only committed in US waters, but in Europe, Iceland, and the Bahamas, among other locations, and in Emissions Control Areas (ECAs) where there are strict limits on ship emissions.

“Maritime Emissions Control Areas attempt to protect human health and the environment from some of the most harmful pollutants in ship exhaust from the combustion of heavy fuel oil, which is one of the dirtiest fossil fuels on Earth,” said Dr. Lucy Gilliam, Shipping and Aviation Officer for Transport & Environment.

“In 2020, we will see a global tightening of the rules for ship fuel. Unfortunately, a glaring loophole in the international regulations lets ships get away with what have been called ‘emissions cheat systems’ to avoid using cleaner fuel.

“There are a number of red flags arising around the use of scrubbers. Their use, particularly in vulnerable areas, should be restricted in line with the precautionary principle.”

‘MPA provided neither scientific evidence for its decision nor was the industry invited to consultation.’

Shift of volume will come from Singapore market due to stricter policies for marine fuel specifications.