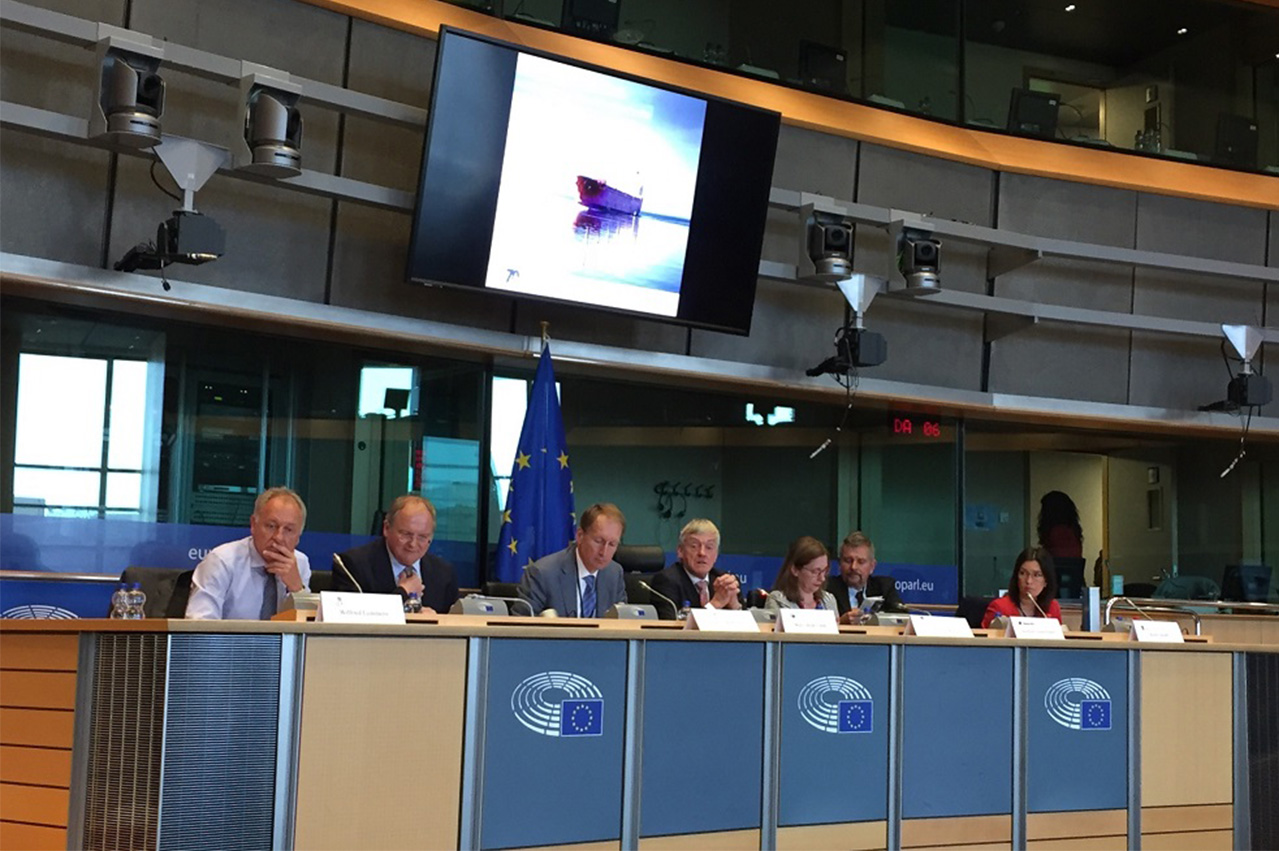 The following is a statement from the European Community Shipowners’ Associations (ESCA) in regards to an earlier meeting held to discuss the IMO’s 2050 GHG reduction strategy:

The European shipowners together with MEP Wim van de Camp yesterday organised a seminar in the European Parliament to discuss the International Maritime Organization (IMO) initial Greenhouse Gas (GHG) emissions reduction strategy for shipping. The initial strategy was adopted in the 72nd session of the Marine Environment Protection Committee (MEPC) of the IMO in April this year.

The initial IMO strategy envisages a reduction in total annual Greenhouse Gas emissions form international shipping by at least 50% by 2050 compared to 2008, and at the same time pursue efforts towards phasing them out entirely.

Edmund Hughes, Head Air Pollution and Energy Efficiency, IMO, highlighted the complex negotiations in order to reach the agreement: “Some Member States of the IMO were saying that in 2050 due to climate change they will literally not exist anymore, as they are small island states. This gave quite a unique character to the negotiations. Normally the IMO discusses technical measures for ships, now it was also about the mere survival of some states”.

“The shipping industry will no doubt face many challenges in reaching this target”, said ECSA Secretary General Martin Dorsman. “A ‘one size fits all approach' will not be feasible and the shipping industry needs support, especially on the funding side and the regulatory side to remove barriers to innovation. The whole European maritime cluster is in an excellent position to meet the challenges and make use of the opportunities. And one thing is certain, we are on the road towards full decarbonisation and there is no turning back,” he concluded.

Christine Berg, Head of Unit, DG MOVE, European Commission, remarked: “The strategy adopted is received well in Europe and the shipping industry played an important role in having the strategy adopted. We should now proceed as quickly as possible with the next step, the decision making on short term measures to reduce GHG emissions”.

Wolfram Guntermann, Director Environmental Management, Hapag-Lloyd AG, said the company implemented a fuel saving policy already decades ago. “Various technical optimisations of the owned fleet such as bulbous bow and propeller modifications were conducted. Therefore, we are not at a starting point but on a continuing voyage to find new strategies and living up to them”.

Pia Berglund, Executive Vice-President of the Swedish Shipowners’ Association commented: ”The shipping industry needs goals based regulation, because it is so diversified and to stimulate innovation. The EU funding to the many Swedish projects to reduce shipping’s emissions was crucial. Now is the time to scale up”.

Wilfried Lemmens, chair of the Maritime Industry Decarbonisation Council (MIDC), explained the reasons for establishing this Council. “The shipping industry needed to start the dialogue with the most important stakeholders. We now discuss possible solutions with for example the refineries, the shipbuilders and the academic world, so we can have a holistic approach”.

Karin Jacobs, Senior Adviser Maritime Shipping, the Dutch Ministry of Infrastructure and Water management, shed light on the role of The Netherlands as one of the pro-active countries during the negotiations. “A good cooperation between the government and the industry is important. In The Netherlands we are now drafting a ‘Green Deal’ for the shipping sector, with concrete GHG reduction measures for all the stakeholders to implement in the coming years”.

All the panelists from the European Commission to companies agreed that the whole maritime chain should be involved in ensuring reduction of GHG emissions from ships, including ports, shipbuilding sector among others.

58% of audience believes more can be done by the shipping industry to support environmental matters.