However, the increase on the database will only be 11 additional orders, as the electrification of the Norwegian ferry sector continues evidenced by two more ferries being retrofitted for pure battery operation and thus moved to another category.

“The total order figure for the year to date has therefore reached 173, with the last month seeing a mix of smaller and larger vessels ordered,” it noted. 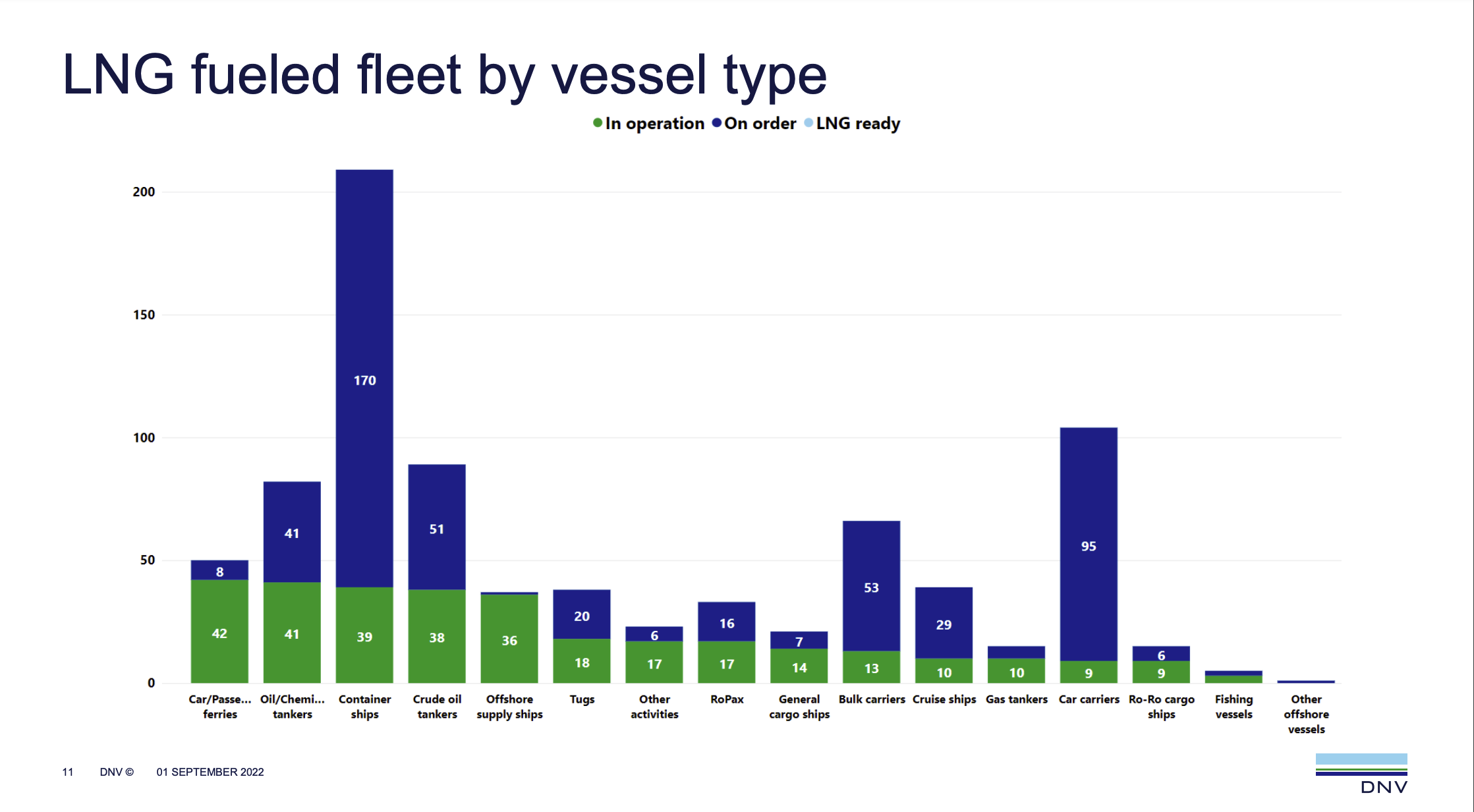 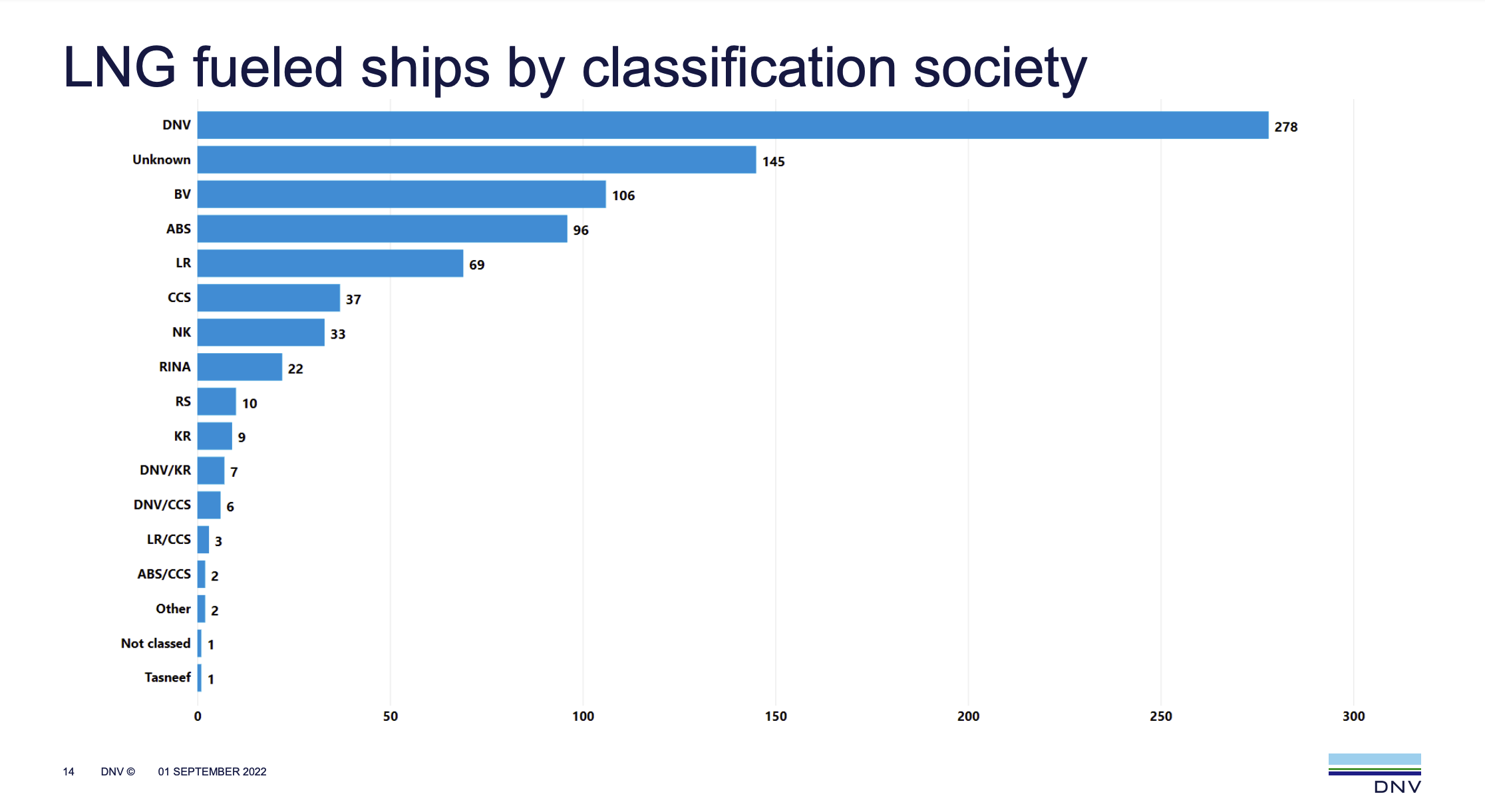 Commenting on the figures, Martin Wold, Principal Consultant in DNV’s Maritime Advisory business, said: “This month’s update is a perfect snapshot of the current alternative fuels trend, and clear evidence of the diversified fuel mix predicted. Electrification will continue to happen, where technically feasible – meaning for small ships and on short crossings. LNG remains the preferred low carbon solution, despite current gas pricing which we must assume will prevail for some time.”

“We are also witnessing the start of the diversification into methanol fuel on trades where there is sufficient confidence that supply can be made available on a reasonable time scale. For regional and international trading ships, LNG and methanol are likely to be the short- to mid-term preferences going forward.”

Type Approval Test with participation of DNV GL, American Bureau of Shipping, and Lloyd’s Register for the dual-fuel retrofit kit has been completed.