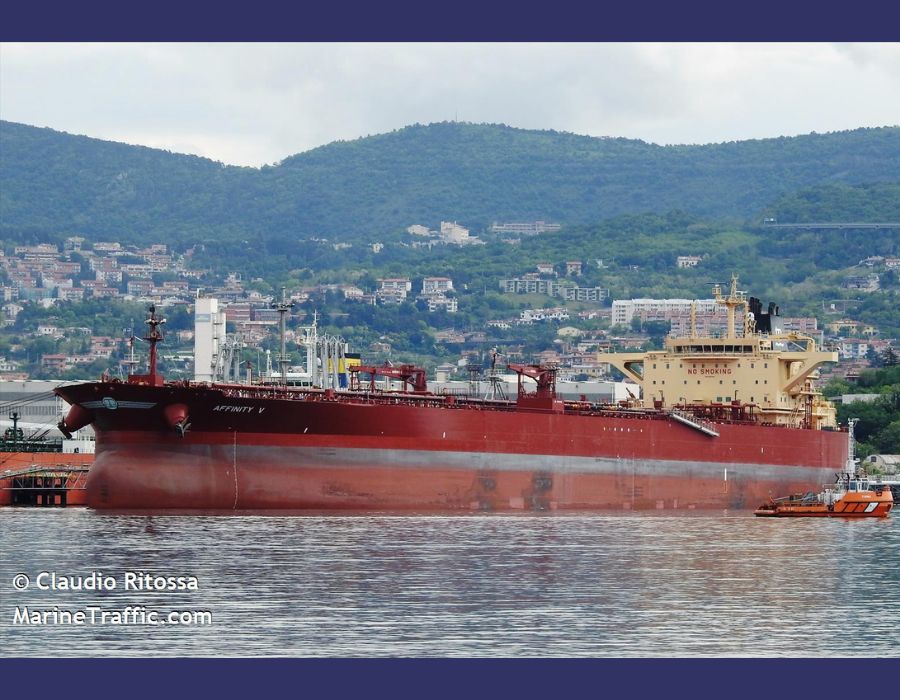 Tug boats refloated Singapore-flagged Affinity V tanker after it briefly ran aground in Egypt’s Suez Canal on Wednesday (31 August), according to the Suez Canal Authority (SCA) on Thursday (1 September).

The oil tanker was briefly stranded at k.m 141 mark (Canal marking) due to a sudden technical failure in one of its rudders, which led to loss of steering ability and its running aground.

Admiral Ossama Rabiee, Chairman of SCA, stated that once the incident took place, a crisis management team was immediately put together and five tugboats were mobilised; largest of which is the tugboat EZZAT ADEL of a bollard pull capacity of 160 metric tonnes, for the rapid situation handling and refloating the vessel.

He added that the vessel resumed its transit through the Canal assisted by the SCA’s tugboats till it reached the Suez anchorage area.

The vessel stands at an overall length of 252.2 metres, a beam of 45 metres, and has cargo on board amounting to 64,000 metric tonnes. It transited among the South-bound convoy heading to the Kingdom of Saudi Arabia, coming from Portugal.

The SCA chairman added the navigational statistics have recorded the transit of 57 vessels on 1 September in both directions through the Canal at a total net tonnage of 3.4 million metric tonnes.

According to online ship monitoring service TankerTrackers.com on Twitter on 1 September, the Aframax tanker seemed to have lost control in the Suez Canal while heading southbound. “She temporarily clogged up traffic and is now facing south again, but moving slowly by tugboat assistance,” it tweeted.

Several media reported that the incident occurred in the same single-lane stretch of the canal where container ship Ever Given, owned by Taiwanese company Evergreen, ran aground in March 2021 and caused congestion in the Suez Canal.

Frugal Propulsion v3 actively limits shaft power and keeps the power inside the limitations of the EEXI power limits for the vessel, according to firm.

Located in Singapore, the Base Oil Desk is in line with the company’s current growth strategy to diversify its products; Sing Fuels will be trading Group I, II and III base oil products.