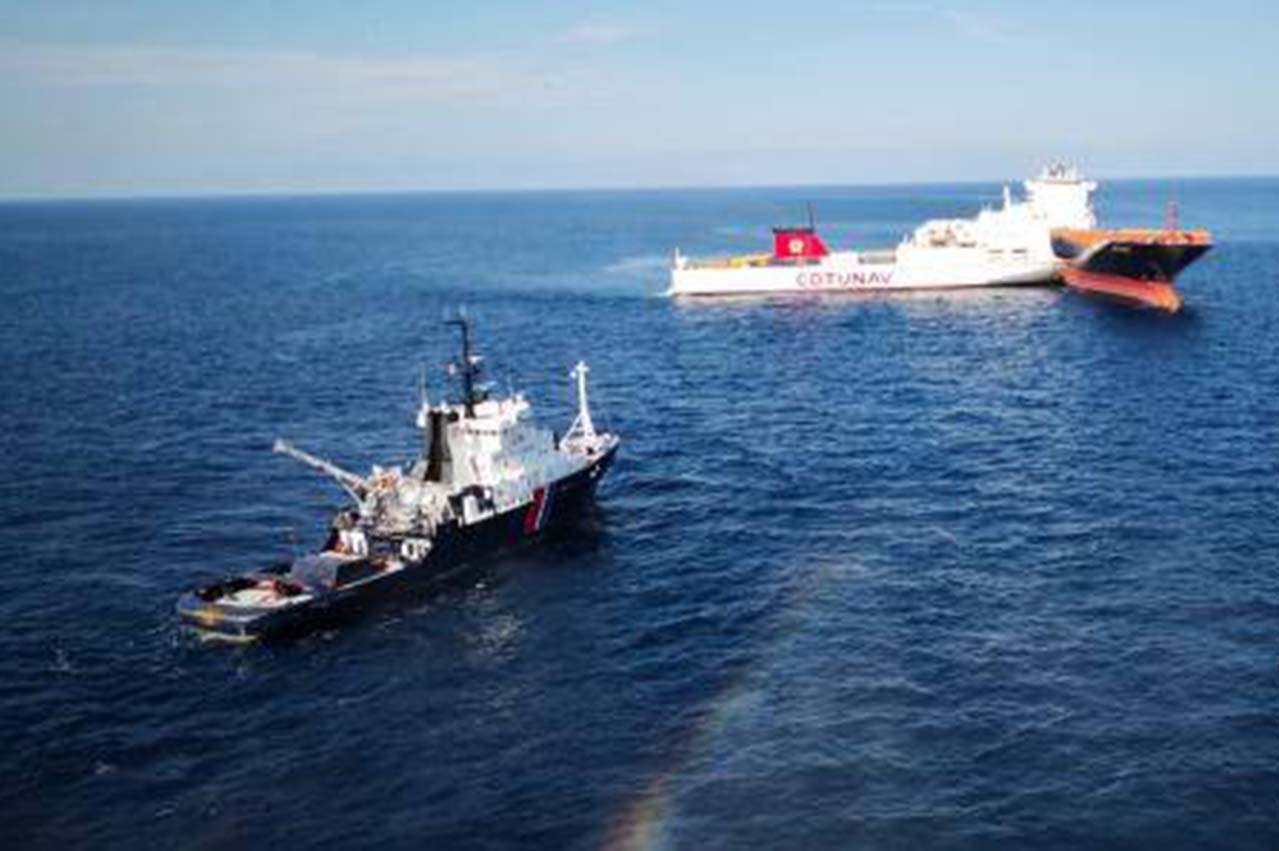 The Maritime Prefecture of the Mediterranean has activated the RAMOGEPOL agreement that unites France, Monaco and Italy, in the event of maritime pollution, to combat the bunker spill leaking from CLS Virginia, it says.

On Sunday morning around 7:30am Tunisian-registered ro-ro vessel Ulysses collided with the Cyrus-flagged container ship CLS Virginia while anchored about 28km North of Cape Corsica on the high seas.

The collision caused a breach in the bunker tank of the container ship, resulting in marine fuel spill of more than 20 km long and several hundred meters wide.

To date, a total of five French and Italian ships have arrived to contain the bunker spill.

“All means are mobilised, civil and military teams, French and Italian are working hard and doing everything so that this accident does not have ecological consequences,” he said.

“The first priority is to extricate the two boats,” Rugy noted, while explaining the operation will be “complicated” due to Ulysses being wedged into the CLS Virginia.

Development will help developing countries achieve the goals set out in the Initial IMO Strategy on Reduction of GHG Emissions from Ships.