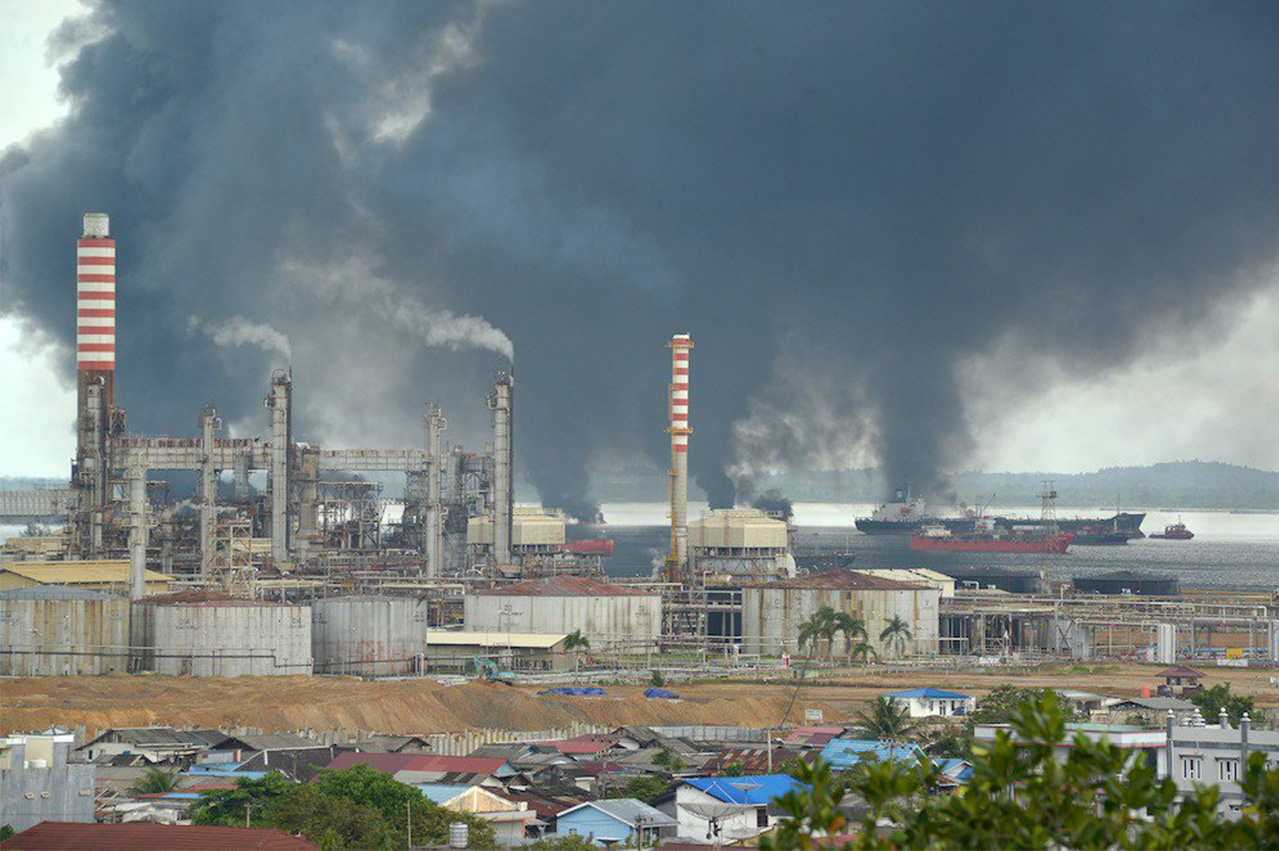 Fire from a marine fuel oil (MFO) spill at Balikpapan Bay in East Kalimantan, Indonesia has caused the city of Balikpapan to enter a state of emergency.

“We are in an emergency situation because of the oil spill,” municipal secretary Sayid M.N. Fadli told reporters at a city hall meeting on Monday, as quoted by the Jakarta Post.

Fadli says the city has distributed masks to protect its residents from the emissions of burning fuel and warned residents conducting activities around the bay to prioritise safety, specifically telling smokers to refrain from lighting cigarettes.

“I may be exaggerating [with regard to smokers], but the bay is now like a gas station,” he said.

The Semayang Port Authority is, meanwhile, coordinating with private oil company PT Chevron Indonesia and state-owned oil and gas company Pertamina to clean up the spill.

Several local reports have indicated the spill spreading to Makassar Strait in South Sulawesi, affecting the health of coastal residents; health authorities in Penajam Paser Utara regency noted that some 1,200 people in Penajam subdistrict complaining of nausea, breathing difficulties and vomiting over the weekend.

Authorities found two more bodies on Monday, increasing the total death toll to four; there is a currently one missing and one injured casualty from the incident.

Balikpapan Police continue investigations on the source of the spill.

With technological and regulatory challenges associated with methanol as a bunker fuel largely resolved, it’s time for the industry to embrace methanol, says organiser.