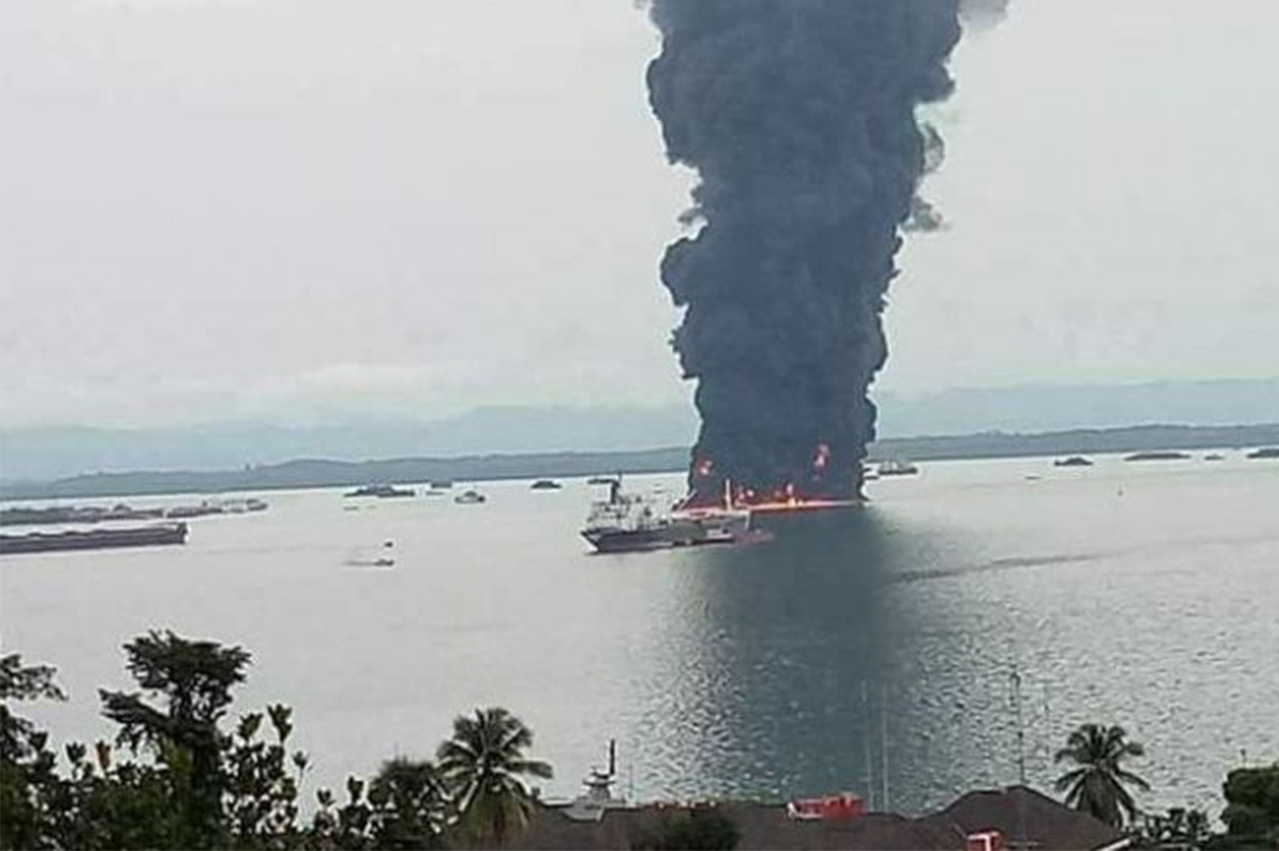 A marine fuel oil (MFO) fire that occurred at Balikpapan Bay in East Kalimantan, Indonesia on Saturday (31, March) has been put out; it originated from an oil spill close to Pertamina Refinery Unit V Balikpapan Togar earlier in the day.

“From the samples taken, it was identified that the oil liquid was MFO or fuel oil from the vessel, not the crude oil from the refinery,” General Manager of the refinery unit, Togar M.P. Manurung, told Netral News.

“Even though the oil spill is not from the refinery, Pertamina has the responsibility to clean it because its location is in the vicinity of our operational area.

“Regarding the origin of the oil spill, we submit the investigation to the police.”

The fire, which started at around 11 am WITA (Central Indonesian Time) was extinguished by a team at 12 am WITA consisting of the Regional Disaster Management Agency (BPBD) of Balikpapan, Chevron, and Pertamina Hulu Mahakam.

Causalities in the fire include the Ever Judger coal carrier which was reportedly partially burnt; its crew consisting of as much as 20 members have been evacuated and taken to the hospital for medical examination.

Two fisherman, who have been caught in the fire, were found dead onsite.

Pertamina has conducted internal checks on pipelines within the vicinity and found no leaks.

Operations from the refinery continue as per normal.

‘MOL is accelerating its preparations for the launch of environment-friendly vessels using not only LNG fuel but also biofuels,’ states company.

New Unified Interpretation means that biofuel blends up to 30% (B30) will be regarded in the same way as regular oil-based fuels, said IBIA.