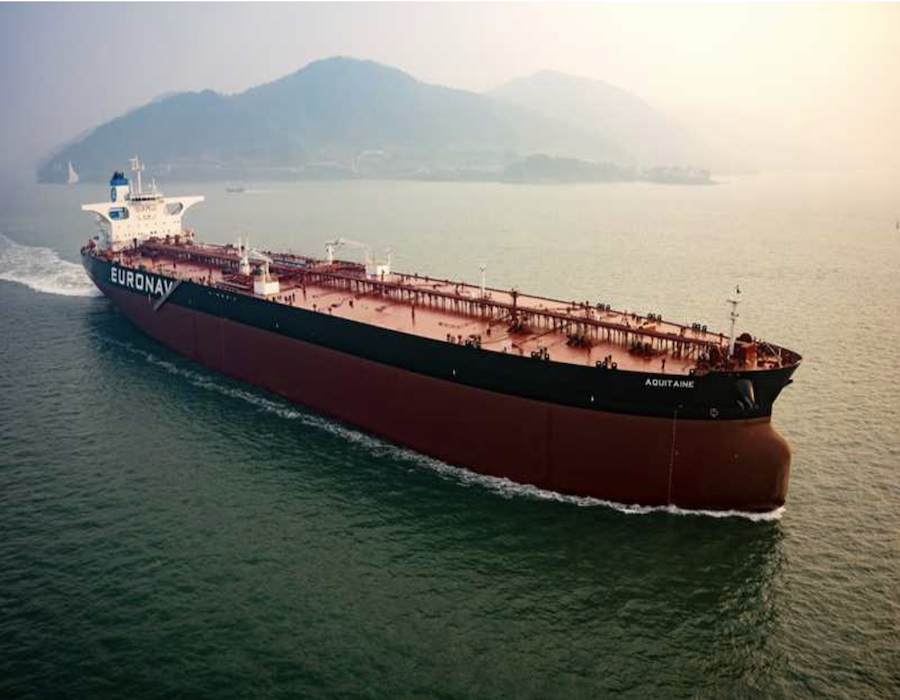 Erik Hoffmann and Enes Tunagur of global energy and commodity price reporting agency Argus Media on Wednesday (1 April) published an article outlining Euronav’s move to write down the value of the 0.5% sulphur fuel oil it bought last year after the price collapsed:

Euronav bought 420,000 tonnes of 0.5% fuel oil in preparation for the International Maritime Organisation’s (IMO) sulphur cap on 1 January. The fuel was loaded on the ultra large crude carrier (ULCC) Oceania in the Mediterranean from March and shipped to Singapore where it arrived in September to be used as floating storage. Euronav listed $183mn as bunker inventory in its full-year 2019 results, compared with $222mn at the end of September 2019. The company paid $190mn for 420,000t of 0.5% fuel oil and it secured a $100mn loan from several banks for the purchases. The bunker inventory suggests Euronav has not consumed most of the fuel stored on the Oceania.

The fuel storage shielded Euronav’s fleet from the price volatility and high low-sulphur fuel premiums around the implementation of the sulphur cap. Euronav paid an average of $447/t for the 420,000t last year, while the price of delivered 0.5% fuel oil in Singapore averaged $538.75/t in October, $546/t in November and $625.50/t in December.

The monthly average price for 0.5% fuel oil in Singapore peaked at $654/t in January, when demand for compliant fuel was high amid constrained bunker delivery logistics in the port. The average price dropped to $494.50/t in February as demand slowed and supply logistics improved. And in March the average was just $316.50/t, pulled down by tumbling crude values and lower bunker demand.

Euronav did not say how much its 0.5% fuel oil stocks would be written down, but that it would be “significantly below the acquisition cost.” The shipowner is buying 0.5% for its fleet in the open market now. It will provide more details about the write down in its first quarter results in May.

Euronav owns a fleet of 69 vessels, including two ULCCs, 39 very large crude carriers (VLCCs) and 26 Suezmaxes. Four of the VLCCs are newbuilds scheduled for delivery in late 2020 and 2021.

In the filing, HSBC requests for Zenrock’s management to be replaced for deceptively using the same cargo to secure loans from multiple banks, reports Bloomberg.

The companies each knowingly sold, supplied, or transferred a large container vessel to Iran to be used in connection with the shipping sector of Iran, said Secretary of State.