Global energy and commodity price reporting agency Argus Media on Wednesday (11 November) published an article summarising the reasons behind the fall in bunker fuel sales in October at Zhoushan port, including higher prices and a fall in domestic production:

Bonded bunker sales in east China’s Zhoushan fall by 6.5pc to 420,100t in October from 449,300t in September, according to the port’s bunker suppliers, as higher prices in October undermined demand.

The October average of very-low sulphur fuel oil (VLSFO) in the Argus Zhoushan Bunker Index (ZBI), which is a delivered-to-ship bunker index, rose by $13/t from September to $333/t.

ZBI’s VLSFO and HSFO assessments’ premium to the Singapore Argus Bunker Index widened, which could have driven away some of the spot deals to Singapore from Zhoushan. The premium for VLSFO rose to $4.30/t in October from $0.65/t in September, with HSFO rising to $29.60/t from $24/t over the same period.

Some bunker suppliers’ unwillingness to sell in the spot market in October also undermined Zhoushan’s bunker sales because the price was near breakeven or a small loss, according to a domestic bunker supplier. Some bunker suppliers prefer doing spot trades in nearby Shanghai when the Zhoushan price is unsatisfactory, Argus’ daily market coverage shows.

China’s overall fuel oil supplies probably fell in October, in line with domestic production, which pushed up its bunker prices. September fuel oil output fell by nearly 170,000t to 2.53mn t from 2.7mn t in August, according to China’s national bureau of statistics. October data have yet to be released but are estimated to have fallen further.

The October bunker supply shortage was reflected in the ex-wharf market in Zhoushan. November-loading cargoes in Zhoushan were offered at a zero differential to the average of November 10ppm (0.001pc) gasoil physical price in Singapore. The differential was about minus $10/t for October loading. 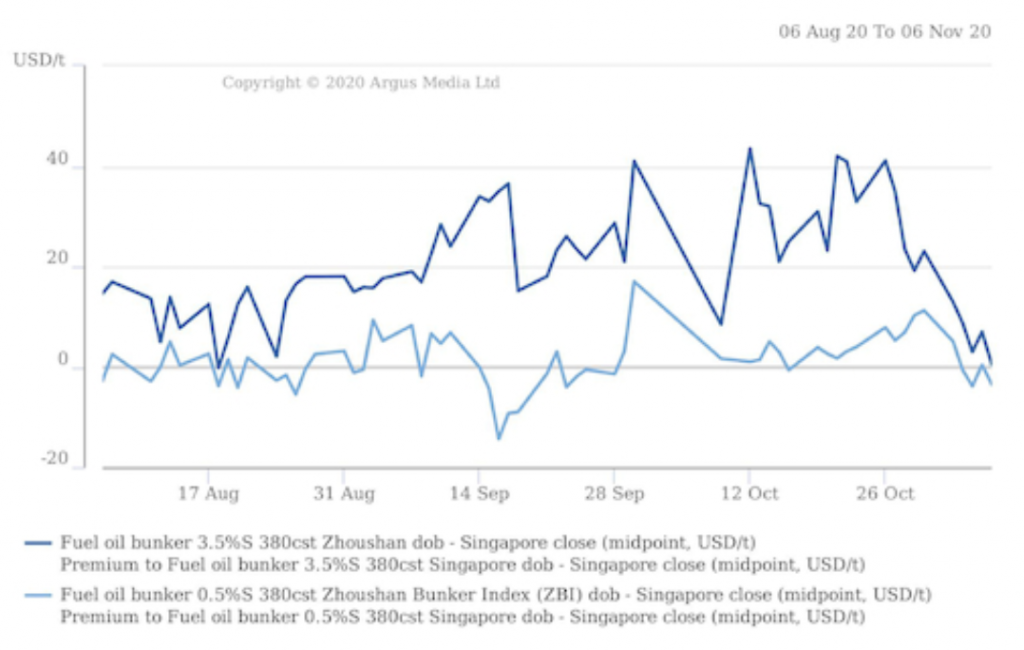 ‘I appreciate the drive and passion of the Sing Fuels team to expand and evolve. In that spirit, I am very happy to be joining in that effort,’ says Panagiotis Tsikleas.