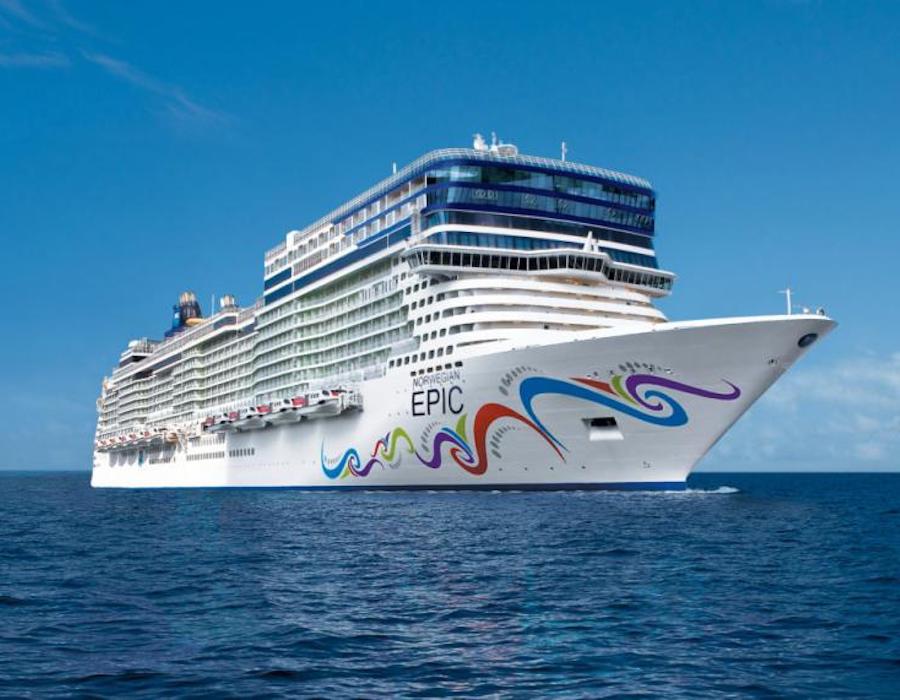 Yara Marine said program kicked off in 2012, with the first installation on the Pride of America completed in early 2014.

Exhaust gas cleaning was still uncharted territory for most cruise operators in 2012, and scrubber installation on ships in service was a groundbreaking concept, recalls Peter Strandberg, Chief Technical Officer in Yara Marine Technologies.

“NCL was proactive early on exhaust gas cleaning systems. They took a gamble on scrubbers, and they needed to trust that we could deliver,” said Strandberg.

Punctuality is critical in all shipping, he notes, but especially in cruise, with passengers waiting on the dock. “It’s complicated to install scrubbers on ships in service, but NCL trusted Yara Marine to get the job done.”

Giovanni Canu, Vice President Special Projects and Operational Support for Norwegian Cruise Line Holdings, began overseeing scrubber projects from the NCL side as the first installation was nearing completion. “I was told it was an extremely challenging project, and they were right,” he noted.

In-line scrubbers were still new to the game, and the level of invasion required in the vessel structure made it difficult to plan for all eventualities: “A lot of adjustments were required along the way, and here our Chief Project Engineer John Abbott provided invaluable experience and knowledge to the project,” said Canu.

After the Pride of America came four sister ships in the Jewel class. Once installation on the first of these ships was complete, Canu reported that the rest were managed with only minor adjustments.

Strandberg notes that the cruise industry has been at the center of the emissions debate for the last decade.

“The intention with switching to low sulphur fuel was to reduce emissions to air, but the industry did not have all the information back then. Now we know that ships using HFO with scrubbers pollute much less than those burning marine diesel,” said Strandberg.

“The cooperation with NCL has been unique,” said Strandberg. “They have a small but highly skilled and solution-oriented project team. I think NCL’s company culture was the determining factor in good cooperation. Openness and trust kept any problems from escalating.”

Canu states that NCL’s approach was different than most, especially the bigger cruise companies. “In fact, our project team was only three people. Direct lines of communication helped make decision-making more efficient. We were able to move forward and learn by doing rather than getting bogged down in lengthy discussions.”

“Together with good partners like NCL, we are seeking greener solutions for the maritime industry,” said Yara Marine Technologies CEO Thomas Koniordos. “Shipping needs solid partnerships in order to reach green goals. This requires a combination of reliable and effective technologies, a willingness to invest, and the ability to stay the course once a decision has been made.”

Study acknowledges scrubbers are effective at reducing air emissions of SO2, however the contaminants are dumped overboard in the form of washwater.

Despite the clear business case for installing a scrubber, there has been uncertainty about their future due to disputed claims about their environmental performance.

The notice published in the Marshall Islands Registry suggests for shipowners to utilise other options such as low sulphur bunker fuel when entering NZ waters.

BIMCO: 47% of all newbuilt dry bulkers delivered in 2020 fitted with scrubber

Closure of discharge valves advised whilst ships are in Turkish waters due to wide interpretation of the term ‘pollutant’ by authorities despite circular guidelines.