Wartsila: To scrub or not to scrub 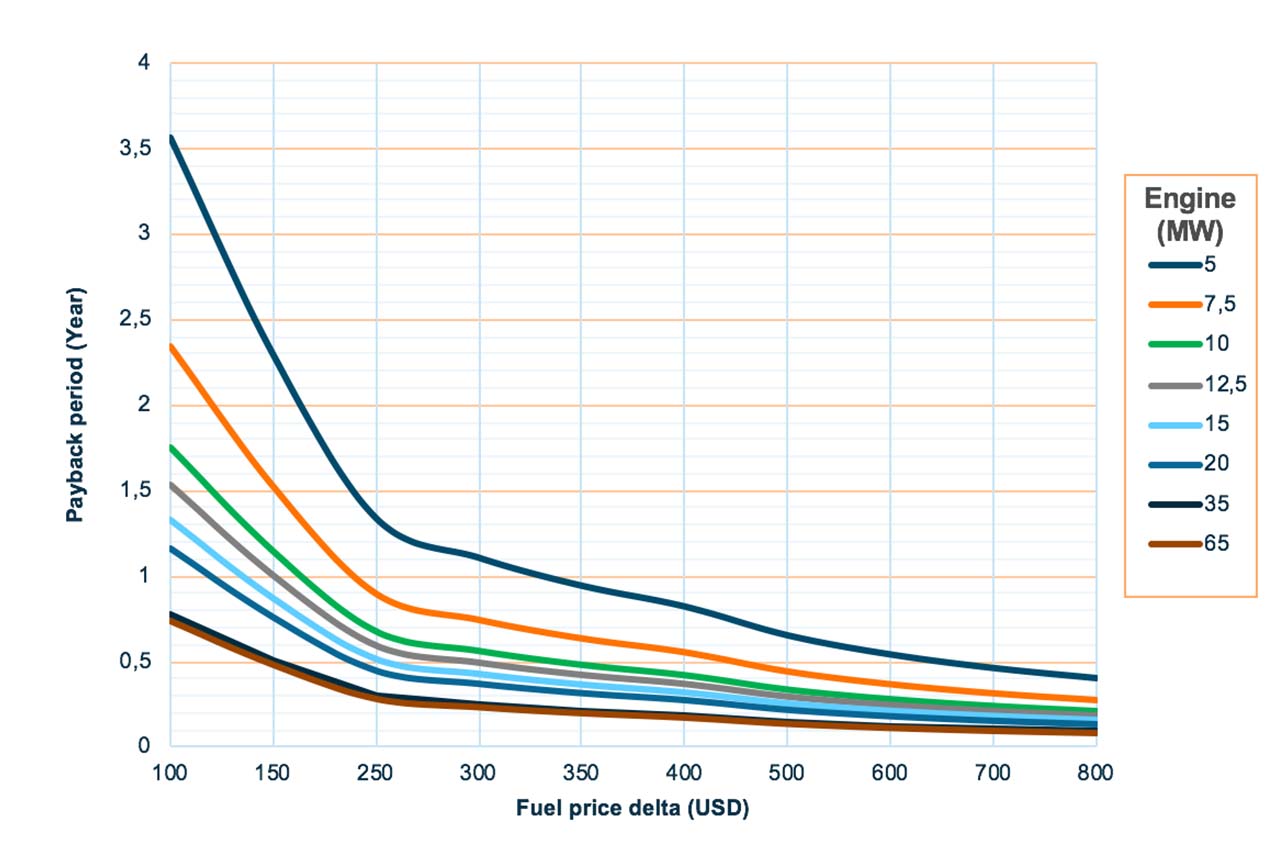 The following ‘To scrub or not to scrub’ article was first published on the Wärtsilä magazine Twentyfour 7 in April 2019:

One way or another, ship owners are soon going to have to make big, and in some cases expensive, changes to meet compliance. New International Maritime Organization (IMO) regulations coming into force at the start of 2020 will slash the allowed concentration of sulphur oxides in fuel from the current 3.5% to just 0.5%. While strict sulphur limits had already been a fact of life for operators sailing in Emission Control Areas in Europe and North America, these new caps will now apply everywhere around the globe.

The options available to ship owners include switching from heavy fuel oil (HFO) to a compliant (and costlier) marine gas oil, converting to LNG, or using an exhaust gas cleaning system (EGCS) better known as a scrubber. Since LNG is currently available only in certain ports and reasonable only for certain ships, the vast majority of owners are left pondering the question: to scrub or not to scrub.

Heidi MJ Paulsrud, Director of Sales & Marketing at Wärtsilä's Exhaust Gas Cleaning division, points out that the answer mainly comes down to this.  Weighing the cost of the scrubber and its installation against potential savings that come from using a cheaper fuel. The more fuel you typically burn, the bigger that savings will be.

“If you look at the price differential between gas oil and HFO, even today when the differential isn't that big, the payback time for scrubbers is fairly short, especially if you install a simpler type of scrubber system,” Paulsrud explains.

The simplest type of scrubbing is done through the open-loop system, which works by spraying seawater on the exhaust to convert the sulphur oxide to sulphuric acid, then releasing the wash water back into the ocean where the acid is neutralised by the seawater's natural alkalinity. The more complex closed-loop scrubbing system is used in areas where the water's alkalinity is too low to be effective. This system then relies on caustic soda to get the job done and a system of tanks to clean and hold the wash water until it can be safely discharged. A hybrid scrubber system allows switching from open-loop to closed-loop as needed to meet compliance.

“The benefit of the open-loop system is that it's simpler. And you don't need chemicals – you basically just use seawater to scrub the exhaust. The operation and maintenance of the system are much cheaper,” Paulsrud explains.

And, fortunately, the open-loop option fits with most operating profiles. Closed-loop scrubbers, on the other hand, are intended for ships that spend much of their time on fresh water or in specific zones where discharge is prohibited. Ships that spend most of their time at sea can always opt for open-loop scrubbers and then switch to a compliant fuel when entering a problematic area.

When delving into recent discussions surrounding open-loop scrubbing and its environmental impact, Paulsrud notes that there are many misconceptions surrounding the issue.

“People say you're just taking something out of the air and putting it into the sea, but actually that's not the case, at all,” she says. The difference, she explains, is that the seawater is a medium where chemical reactions are taking place. The alkaline seawater quickly converts the sulphur in the wash water into sulphates, which are a natural part of the ocean chemistry.

Recent bans on open-loop scrubbing in Singapore and China, which are based on fears that too much wash water released in high traffic areas will cause a build-up of acidity, have also cast the technology in a negative light.

28 of the 174 European Union countries have recently submitted a paper to the IMO saying the use of open loop scrubbers was “expected to lead to a degradation of the marine environment due to the toxicity of water discharges.” The paper also mentioned that it wanted to see “harmonization of rules and guidance.”

Paulsrud and other insiders, the IMO included, point out that IMO regulations for scrubber design already take these concerns into account. In other words, any MARPOL-certified scrubber on the market is efficient enough to make the concern a non-issue. Additional studies conducted in Denmark and Japan have both backed up the assertion.

In any case, such bans haven't been a big worry for scrubber owners and operators, Paulsrud says. They can always turn off the scrubber and switch fuels when needed.

An added benefit in scrubbing with Wärtsilä's open-loop system is its ability to cleanse the exhaust of particulate matter (PM) – which is both a pollutant and an eyesore. Per today’s date PM capture is not addressed and/or controlled in regulations.

“One thing people using open-loop scrubbers worry about is the particulate matter you capture in the seawater, which makes the discharged water look dirty. Of course, if you're running a vessel without a scrubber, you're still discharging it into sea, since the particulate matter from the exhaust will fall into the sea. But in the scrubber wash water you can see it more clearly,” Paulsrud explains.

To mitigate the dirt and bad optics, Wärtsilä offers a water treatment unit for its open-loop systems. “Our scrubber is designed so we can change the inlet to capture more particulates from the exhaust if we want to, and we can capture it in the water treatment later on. So we can actually adapt our scrubber to focus on more than just sulphur,” she says.

Any way to reduce stress on the environment is, of course, a step worth taking – even more so when it provides a money-saving path to regulatory compliance. In the grand matchup between Exhaust Gas Cleaning and sticking with distillates, the combined benefits of scrubbing make it the clear winner.

PSC will keep record of how many FONARs a vessel and/or their operators have requested in last 12 months.

Firm plans to scrap sales of high sulphur fuel oil by the end of 2019 and use the product to feed its cokers.