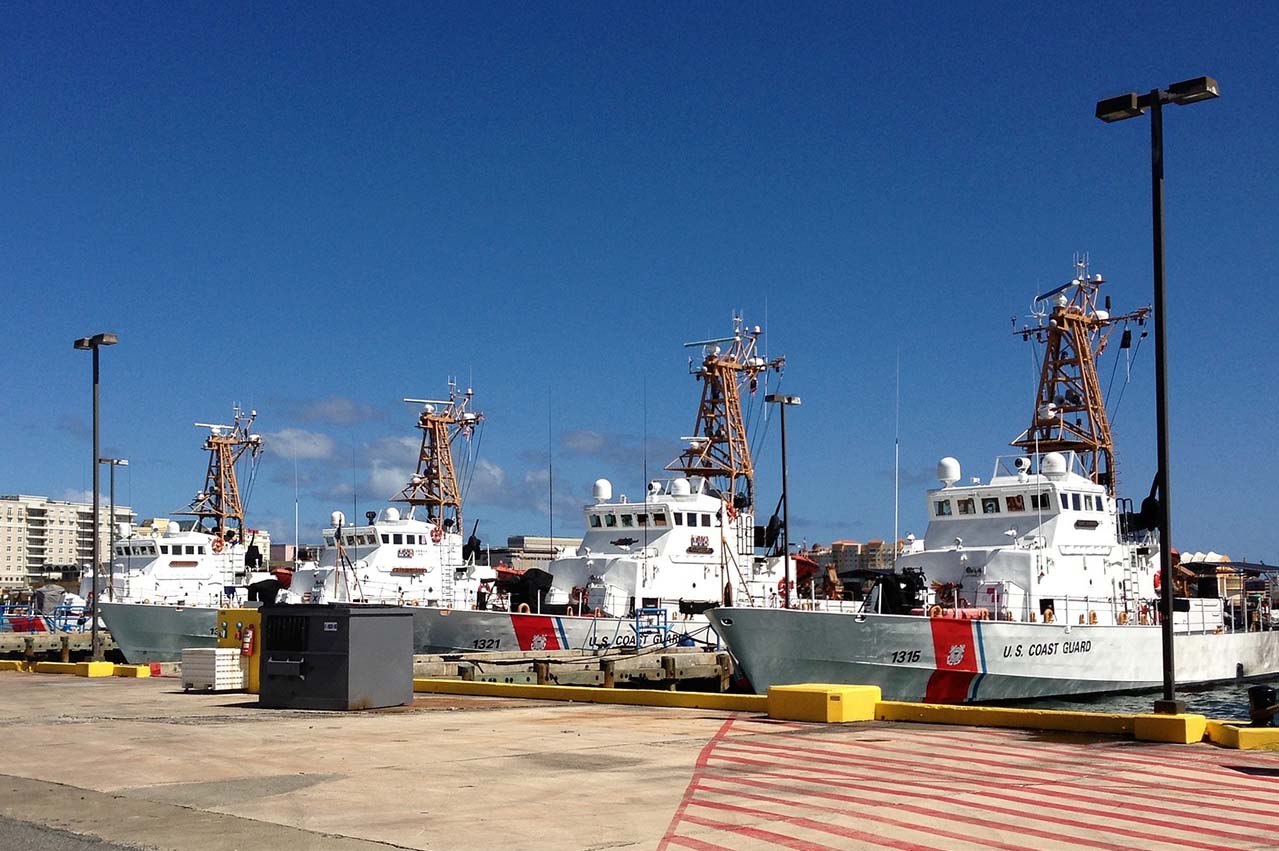 American law firm Blank Rome in November issued an update on how owners may seek authorisation from the U.S. Coast Guard to operate engines that do not meet MARPOL Annex VI NOx Tier III requirements:

The International Maritime Organization (“IMO”), in preparing for the global 0.5 percent fuel oil sulfur limit, recently adopted an amendment to MARPOL Annex VI to support consistent implementation and enforcement of the new requirement. At the same time, the IMO rejected a proposal for an "experience building phase" during the first months of implementation. This put to rest any rumors of a delay in implementation. Meanwhile, the U.S. Coast Guard published procedures by which owners may seek authorization to operate engines that do not meet MARPOL Annex VI NOx Tier III requirements for qualified vessels.

The IMO adopted an amendment to support consistent implementation of the forthcoming 0.5 percent limit on sulfur in ships fuel oil on October 26, 2018, during the recent session of its Marine Environment Protection Committee (“MEPC 73”). This amendment, effective on March 1, 2020, prohibits the carriage of non-compliant fuel oil for use on the vessel unless the vessel is outfitted with an exhaust gas cleaning system, often referred to as a scrubber. The amendment does not alter the January 1, 2020 implementation date for the 0.5 percent sulfur limit.

Vessels subject to MARPOL Annex VI are required to comply with sulfur and NOx emissions standards, among others, while operating worldwide. On January 1, 2020, the current 3.5 percent maximum fuel oil sulfur limit for operations outside of the four ECAs will be reduced to 0.5 percent. The current 0.1 percent sulfur limit for operations within the ECAs will remain the same. As there generally will no longer be a valid reason to carry fuel oil for vessel use with a sulfur content above 0.5 percent after January 1, 2020, the IMO amendment prohibits such carriage unless the vessel is outfitted with scrubbers, which offers an alternative means of compliance with the sulfur emissions standards.

The Annex VI NOx Tier III emission standard went into effect within the North American and U.S. Caribbean Sea ECAs on January 1, 2016. However, engines meeting the NOx Tier III standard were largely unavailable at the time and remain elusive for some engine sizes. It is expected that compliant engines will be available for all engine needs by 2021, when the NOx Tier III standard goes into effect in the Baltic and North Sea NOx ECAs. To address the gap period during which Annex VI compliant engines were not available, the U.S. Coast Guard’s Work Instruction provides a method by which an application can be made for Clean Air Act compliant engines to formally become “qualifying engines” and be able to operate within the North American and U.S. Caribbean Sea ECAs without risk of Annex VI enforcement action.

Some industry sectors proposed an “experience building phase” in the early months of implementation, fearing fuel quality issues, inadequate supply of 0.5 percent fuel, higher transportation costs, and aggressive enforcement. This proposal supported the January 1, 2020 implementation date, but called for a “pragmatic enforcement approach” that recognizes that there will be a deficit in sulfur compliant fuels, which will be further exacerbated by quality issues anticipated with new low sulfur blends on the market. The proposed data collection, analysis, and review phase would also encourage consistent treatment of vessels unable to achieve compliance due to non-availability of compliant fuel or compatibility issues. The IMO turned down the proposal for an “experience building phase,” but called for more detailed proposals for the next MEPC meeting in May 2019. The IMO further urged all Parties to Annex VI to inform the IMO of anticipated availability issues well in advance of the January 1, 2020 implementation date.

However, counter to these fears, others have made the point that planning and preparations are well under way with substantial investments being made by industry stakeholder to meet the 2020 deadline. To change the rules now could have created an economic disadvantage to those who invested early.

In addition, to assist ship owners and operators in planning for the 0.5 percent sulfur limit, the IMO is developing guidelines addressing topics, such as impact of new fuels, system modifications, tank cleaning, fuel oil procurement, fuel oil changeover planning, and documentation. Further, the IMO’s Guidance on Best Practice for Fuel Oil Suppliers, published earlier this year, remains a helpful resource for fuel oil suppliers and purchasers in helping to assure the quality of fuel oil throughout the purchase and loading process.

In short, the U.S. Coast Guard’s Work Instruction outlines how the U.S. Coast Guard will enforce MARPOL Annex VI due to the unavailability of engines needed to comply with this regulation. It addresses both U.S.- and foreign-flag vessels that were constructed or underwent a major conversion in 2016 or later and are thus subject to the Annex VI NOx Tier III standard when operating in the North American and U.S. Caribbean Sea ECAs. If there were no NOx Tier III engines available at the time of construction, such vessels will be allowed to operate engines within these ECAs without risk of U.S. Coast Guard enforcement action if the engines otherwise meet EPA requirements pursuant to 40 C.F.R. Part 1042. The U.S. Coast Guard has identified the following categories of vessels and engines that qualify for authorization under the Work Instruction:

Any vessel intending to be covered under the Work Instruction must apply and have each engine individually recognized by the U.S. Coast Guard. Once deemed “qualifying engines,” they will retain that status indefinitely, even after MARPOL compliant engines become available. For new U.S.-flag constructions, written requests for engine authorization should be included in the vessel’s Application for Inspection of U.S. Vessel. For all existing U.S. vessels and foreign-flag vessels that may qualify for enforcement discretion, vessel owners should submit a written request as soon as possible.

Vessel owners and operators should continue to plan and prepare for implementation of the global 0.5 percent fuel oil sulfur limit as additional changes or delays are unlikely. In addition, owners and operators of vessels qualifying for enforcement discretion from Annex VI Tier III requirements pursuant to the U.S. Coast Guard’s Work Instruction should apply for authorization as soon as possible to avoid non-compliance and enforcement risks.

PGT: Why will so many ships not have scrubbers on time for IMO 2020?

Scrubber technology firm explains why a third of global order book will not be completed by 1 January 2020.

‘Please be advised that Port of Fujairah has decided to ban the use of open-loop scrubbers in its waters.’