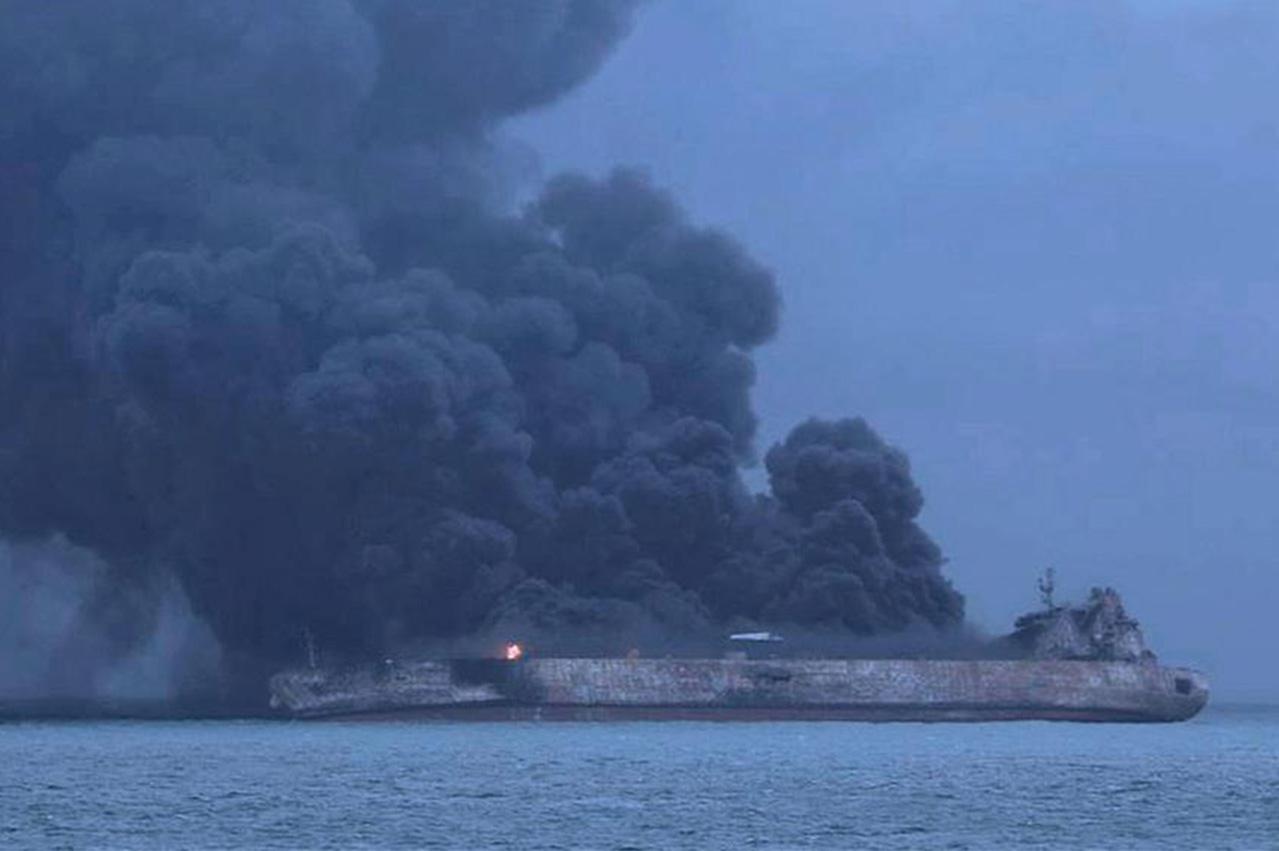 An explosion was recorded on board stricken National Iranian Tanker Company-operated Suezmax tanker Sanchi on Wednesday as it continues to burn, adding fears of the listing ship sinking.

The tanker was carrying 136,000 metric tonnes (mt) of condensate to South Korea when it was involved in a collision with Chinese freight ship CF Crystal on Saturday, according to Reuters.

The bunker fuel of a Suezmax tanker can typically contain 5,000 mt of fuel but traders have estimated approximately 1,000 mt of bunkers remaining in the vessel’s tanks during the accident.

Though the Chinese government noted the absence of any “large scale” oil leaks, authorities were concerned of the Sanchi breaking up and eventually releasing its bunker fuel content into the surrounding ocean.

An official with South Korea’s Ministry of Oceans and Fisheries believe the Sanchi could end up burning for as long as a month.

“What we are concerned about at this moment is the bunker fuel, which could contaminate water if [the ship] sinks.”

“The problem is the ship’s heavy bunker fuel.”

“It burns real slow and it’s heavy and will lay on the ocean and on any twisted metal and create heavy smoke. It’s the stuff that spills and gets on birds.”

Williams Fire & Hazard Control is not involved in the operation.

Results show B30 is a practical and cleaner substitute to traditional VLSFO, reducing voyage GHG emissions by about 24%, which is 723 tonnes of CO2 equivalent.

T&E: The Paris agreement has been abandoned